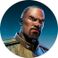 Well content is a bit limited.. I realized things were questionable when it was only a 50GB download.

But it's fun, even on normal the strongholds are a nice challenge that you have to play smart in. So harder difficulties will be interesting. Although I've not tried all the bosses, hope the other 2 aren't just huge bullet sponges. Tyrant mine is good for showing off the crazy ultimates though lol.

I'd say it's not far off. The game has a lot of growing pains to get through and promise. APEX felt like a fully realized product. I'm 16 hours into Anthem and there's still a bit of 'finding an identity' and slugging to get through. Still having some enjoyment nonetheless.

Does the story take place in cinematics?  Is there a story?

I would say pcgamer is giving the game too much credit.

read some of the issues in this very forum.
game is blah at best.
literally every aspect of the game is done better by some other game that you probably already own.

There are cut scenes to the story, but there aren't many story missions, that is supposedly going to increase with other content updates. It's very short, but it is fully realized, but being so short doesn't give you the chance to really get invested. But the write isn't horrible, it's gotten me laughing a few times.

i mean you can always just make ur own opinion about the game. this is the internet. 90% of people are only going to post on forums if they hate it.
Message 7 of 35 (1,002 Views)
Reply
4
Highlighted

Basically TL;DR of this is “I wish I could just do the expeditions until I’m fed up with them enough to do the story. And too many loading screens.” Which, I suppose, is reasonable if the full game literally forces you to play through the story before you can do things like freeplay.

Overall though, this reads like the reviewer just wasn’t in the mood to enjoy the game. “I expect the game to make me care about the characters, but I don’t want them talking to me because I just want to go back out and shoot things; I want the story to matter but I want less of it because I hate being out of suit; the fort feels lifeless because I can’t do combos while in the fort.” It’s a good review from the perspective of a player who is allergic to doing story content, I suppose.

And I can agree that Anthem tries to do things purely for the sake of immersion that end up backfiring (having to enter the fort after the mission even if all you want is to jump back into the game, having to wait through a loading screen to get to the loadout screen and then load the fort to load out of that one); with all the loading screens not helping whatsoever in that regard. But I would imagine that a lot of these issues are in the process of being fixed ASAPly. 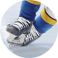 If by that you mean undercoocked, with awful missions that make you either collect things or defend that one spot and basically 2-3 mini bosses in the whole game out of 10 enemies types (including turrets) in general and massive grindwalls that take 4+ hours and consist of random freeplay challenges like find 15 chests complete 15 public (random unmarked on the map * destiny 2 public events arent even that bad) events, weapons being a weak fillers and mobs being ultimate bullet sponges. Then yes. Thats the whole 60$ game for release next weekend.

And last but not least, 3 of the most interesting missions being strongholds one of which you already played, !one new (what a gift) and one being rehashed, re-used final mission of the game with more elits spawned.

So much potential down the drain. Such lazy mission structure and design, missions are just you being delivery boy or standing afk in one spot, so few enemies and everything's filled with Ash titans as teh ultimate "look its a mini boss".

If I had listened to the critics I probably wouldn't have watched that many superhero movies.

Were the critics right? In most points. Were the movies still fun to watch? To me they were.

When I read that there weren't many story missions, I wonder what I have been doing the whole time.

There are story missions, there are contracts with a story to them.

Of course, you only realize this when you don't skip every conversation.

That one big mission, that made you do the challlenges?

I was done with most of it after I did other missions, because they counted, too. Even the stronghold did.

I liked it, because I had to travel through much of the world, and I saw what weaknesses my playstyle has.

Those were the three points still open I had to work on in freeplay.

I read people's complaints about being pulled towards their party.

Why don't they play in private mode? No pulling then, but of course, then you have to do stuff on your own, which might take you longer.

There is no pulling in freeplay at all.

I read posts from people complaining about the sprint speed in Fort Tarsis.

And I have seen that kind of posts in every other game I played.

Give me everything now, right away, without much effort, without running around and talking to people. And afterward, watch me complain about how boring everything is and how little content there is.

To me, this is a lot about personal playstyle. And obviously many people don't want to change theirs.