Revenant's Totem Is Too Fragile And Buggy

Revenant's Totem Is Too Fragile And Buggy

I know I will see my fair share of disagreements but hear me out: Revenants totem isn't great. A little less than half of the time the totem doesn't even spawn, you heard me right, because death protection has such a small timer and you only get about half your hp many times the most effective way to use a death totem is to hunker down and pop it as soon as they push you or right before. Because of the death totem's inherent buggy-ness, though, there doesn't even have to be any object in the way of it to cause it to de-spawn and it is a huge pain in the butt and many times a death sentence to try and replace it when they are pushing you. And the visual queue of missing your placed totem is too subtle.

Aside from this frustrating and hard-to-fix aspect of the totem it seems that even when it isn't bugged it takes an inconveniently competent team to use death totem properly, players have to completely change the way they play to group up to use your totem which is tough considering teams typically split up, flank, or push ahead of you when you want to place it, on top of that there is no on screen notification that revenant has just placed a totem all you get is the sound effect and the totem wallhack, an easy way to combat the issue of teammates not grabbing your totem would be to implement a mechanic where as long as you are in a certain range of the totem you can press a button to activate death protection, thus negating the need to have teammates physically next to you in order to grab your totem. This would also help with the fact that many randoms simply have no idea what the totem even does and if they do many just won't grab it.

Revenant is the only character in the game where you have to constantly call our your ult in order to make any use out of it, he is also the only character who's ultimate if misused can easily result in the death of your entire squad (and it is quite easy to misplace), enemies can use your totem, third parties can break your totem mid-push and negate any effectiveness that push could've had, or enemies can just camp the totem and wait for you to respawn at it. At some point the totem needs major change.

it needs to be hidden well

@SupaHighRack Rev's ult isn't good if you're not in a premade squad with comms. I have to disagree that it's weak since you have the infamous Rev-Octane combo which can really be deadly and a competent Rev push can insta-down at least one enemy. Once downed, your whole squad can instantly go back and finish the other 2 remaining enemies left which is tough to defend since it's a 2v3 match. I do agree that the Rev ult placement is really buggy and sometimes be placed on top of the rock instead of where you've wanted it to be.

I still get scared when I see a Rev-Octane-Bloodhound composition third partying your squad. In conclusion, Rev isn't the best legend to play in solo queue.
Message 3 of 6 (165 Views)
Reply
0

8/10 times I get a Rev on my team, they never use their totem once.  On the rare occasions I play him, I'll use totem near my team right off cooldown for any upcoming fight, and they usually seem to take it.  The obvious issue with adjusting totem is that it would be very easy to make it OP. 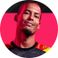 @pandareno1999I mostly play rev, but i just use the totem 1/10 matches. ( i dont count the matches where i not survive the very first encounter. I'm a silver rank and have to face plat/diamond/master/pred players. These matches are not a legit measurement)

I play rev because he can climb better than others. And this is far mor quiet that a grappling hook oder valks thrusters etc.

Rev totem placing is very difficult 4 me as there is no Octane in my squad.
If it is placed in a safe distance it might run out mid fight leaving you with your pants down.
If you place it near the fight it gets killed (best situation) or enemys will touch it and getting a buff, too.

Both situations s are similar to a deathsentence to your squad. better not use it.

@SupaHighRack most of the points made in this post in my opinion comes to your and your squad's ability to use Revenant correctly.

The only issue I have with the totem is the same as with Loba's black market - you face it, you press to activate/access it yet for some reason that is not registered. In the fights when you move fast, are under adrenaline rush you sometimes miss the fact that you did miss this activation, once I was fighting 3 enemies without protection and realized that only after my teammates started to call me crazy :D

Rest is just pure skill and coordination - when, where you put it, how your team uses it (actually taking it all at the same time is not the best tactics at all times) etc.

Good team with Octain / Revenant is pain in the * on all levels.
Message 6 of 6 (97 Views)
Reply
0
New topic
Twitter Stream