Hacking on PS4 is becoming ridiculous. Literally played a game with a hacking squad who had 20+ kills by 3rd circle. They were lagging the game to an unbearable amount while they played with absolutely none. Me and my squad could barely even move we were rubber banding more than I've ever seen, could hardly pick anything up, I would pick up an item and it wouldn't go into my inventory and about 5 seconds later would reappear in original spot, reloading was horrible, and when we approached the hacker squad the lag intensified, we pulled up on them while they were fighting four other trios and they cleaned up easily. In all this I had <20 ping.  They were using aim bot, could track enemies and see them through walls, and using wall hacks. They threw the game against final squad when they realized we were spectating with absolutely no way of reporting them.

Re: PS4 needs a report function 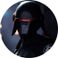 Doesn't necessarily mean that there were anyone cheating, maybe just that someone was really lucky - being close to the same server host location. If there were anyone without lags while every other player had these much rubberband, it wouldn't require much skill to have 20+ kills.

Either way. If the PS4-platform does not have a report feature, that's crazy!

The report-feature on PC is very bad, but non at all? That's just crazy.

Re: PS4 needs a report function

@Godisbullen  ps4 does have a report function. It's just pretty crap.

While in a match, bring up the in-game menu (Tab on PC, Options on PS4, Menu on Xbox One).Open the Squad tab.Select the warning symbol (“!” inside a triangle) under the player you want to report.Choose if you'd like to report the player forcheating, or for another reason.

To report an enemy player you basically can only do so from the eliminated screen as far as i'm aware. Alternatively you can file a report to PS4.