What the hell kind of shop is this?!? My credit card company is literally messaging me right now because I have "duplicate" charges for the games on here. Will honestly never buy anything from origin again until you guys get your * together. Get a frigging shopping cart like EVERY OTHER COMPETITOR OF YOURS!!!!

How is this still an issue? How is an online sales company in the year 2019 not have a shopping cart?

I was considering buying all the Sims 4 content for my daughter in law, but guess not.  I was going to take advantage of the sale yall are having right now, but guess not.

I reckon that yall really just don't want people buying your products!  Whoever is in charge of online sales needs to be fired.  It has been years and still no shopping cart.  What is wrong with you people?  Seems like you care nothing for your customers......

Do we need to start a petition in order to get a shopping cart?

I think it's pretty obvious why they don't have a shopping cart. By forcing us to make separate purchases for every item, they make more money. We have to pay all the extra fees (taxes, shipping, handling, etc) on every single item instead of just once on a handful of items.

Is it utter bulls h i t? Yes! Is it underhanded? Yes! Is it illegal? No. Just like all the other shady dealings EA is guilty of. They walk the line between unsavory and downright illegal all the time. I mean, surely by now it's public knowledge that they're the most heartless corporation out there right? I feel sorry for the people who work for them in any department that has to deal with customers cuz they receive all the hate that should be directed at the big wigs.

To give a refresher on this topic.. we do have a shopping card during ongoing sales. You can see an example for the current Sims sale:


I think it's pretty obvious why they don't have a shopping cart. By forcing us to make separate purchases for every item, they make more money. We have to pay all the extra fees (taxes, shipping, handling, etc) on every single item instead of just once on a handful of items.

Your comment in bold is not accurate and something I can clarify for you. There's no shipping and handling charged for digital sales on the Origin store. Taxes charged are a set percentage on each individual purchase, and thus won't be different if you buy either a single, or several items.

The reason why we don't have a shopping cart for non-sale purchases is because based on player purchasing behavior on Origin, only a tiny, tiny fraction purchases multiple games. This means one-click shopping offers a smoother experience for the majority of our players.

@Straatford87 Well if you're taking feedback, here's me saying it again - Please make the cart an ongoing feature.

I get there's some executive in love with one click shopping, but for games with DLC or Sequels, making multiple transactions is both inconvenient and can trigger alerts at the purchasers financial institution.

My bank was polite about it in December, but I've heard other banks occasionally lock cards over potentially fraudulent activity. Having a bank card locked around Dec 22nd could cause MAJOR problems.

In my case I got a phone call within minutes of the transaction, my bank wanted to be sure it was legitimate.

Kudos to your bank for being super vigilant!

That's good feedback and something I can work with. I'll pass that on for you - thanks for taking the time to write back.

In the meantime, even though we're lacking a shopping cart, I hope you're enjoying your Origin experience. I'm all ears if there's anything else you think we can improve on.

@Straatford87 Oh yeah, never had a problem with the service so far, When I have contacted the game advisors, 5/6 were helpful and tried their best. One even gave me a coupon on the second DLC pack I was buying for Mass Effect. He even tried to manually set up some kind of shopping cart, but didn't have that ability.

If the cart really is such a statistical anomaly, maybe there should be bundle SKU's? For instance, Valve has their "Complete pack" on steam, that lets you buy all their stuff at once. I understand why that wouldn't exactly work for EA, since there are a lot more titles, but a Mass Effect Trilogy bundle with the DLC packs included would have solved my problem outright. I think there actually was such a release for the Xbox 360.


The other thing I see a lot of threads for here on the Answers HQ are people who set up their accounts and later lose access to the originating email account. I know you can generate recovery codes at that time, but maybe they should be presented more prominently?

I personally keep index cards with my account details in my safe, but not everyone is going to have such a system. Thanks for reading.
Message 158 of 216 (1,064 Views)
1
Highlighted

@Straatford87  To give you a refresher on shopping carts: NO company has a shopping cart that makes you buy things one at a time. Nobody here wants to shop for anything one at a time. Amazon figured out shopping carts in the 1990s! They also would have died in the dot com bust in the 90s if they would have done what you insist on doing. You don't know that only a small number of people want to buy multiple items. Why are you restricting the choice? People love The Sims and want to give you money. Why are you willing to risk losing all of these customers and goodwill and MONEY? It shouldn't matter if it's one item or twenty. And why should people who want to give you money be more harassed about it the more they order? Your company's job is to make money, and you need to make it as easy as possible by having a permanent shopping cart, all the time. Have you read this whole thread that has been going on for 3-4 years? Nobody likes this! 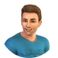 The reason you stated why EA/Origin don't have shopping carts is ridiculous. It's the lamest excuse I've ever heard for being too lazy for a simple application. This is ridiculous even if only 1 or 5% of your shoppers are purchasing two or more items making it smoother? If you purchase something to go to your shopping cart and prosses by either clicking confirm, or with EVERY OTHER ONLINE SHOPPING they have 'CONTINUE SHOPPING'. I was really hoping to hear from EA/Origin to give an honest reason for their not being a shopping cart, and this is the reason? It is more difficult to purchase each item I wanted to purchase individually than having a shopping cart! In the first ten years of shopping on Origin, I always purchased at least two items unless there was a sale then I purchased many more. You are not making it easier for customers or what you call 'a smoother experience', It's just the opposite! I mean really what's so hard about putting in a shopping cart? It's a program that runs very smoothly, and it makes you more money! How much does it cost EA/Origin to run a simple shopping cart program?

I have Sim's 4 and there are tons of add-on's I could and would have purchased but can't because it's NOT smoother to purchase them one at a time! I haven't purchased any games from EA/Origin in years and never plan to if this is the way you are going to treat your customers, especially with this lame excuse. You should look at my account and tell me again how Marketing thinks they are making more money now at a purchse-by-purchase customer vs. what I alone have purchased when you had a shopping cart!

Again EA/Origin reasoning is unacceptable. People don't have a problem with multiple purchases. YOU DO! People don't shop one item at a time, even if its far and in between the time we purchase said items. IN addition, EA/Origin is NOT listening to your customers. Look at how many customers have complained about the lack of shopping carts. Tell Marketing they are losing every customer's EA/Origin had because we don't need your games that bad, there are hundreds of other publishers!