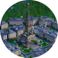 I would like to see an option to force sound output to 7.1 so I could use Windows Sonic while using my headphones.

Right now games detects sound card configuration in Windows and forces output according to it, so even though I turn on Windows Sonic with 7.1 option checked for my sound card, sound card itself is still configured to stereo and game will output only stereo sound, because of that.

Obviously I would like to see proper headphones support like Dolby Atmos for Headphones or DTS Headphone x v2.0, but I figure that this simple option to select output configuration would be much more simple and faster to add.

Currently my main issue with stereo config for headphones is not being to tell certain directions of incoming sound. I can tell if sound comes from left or right but if the sound comes from front or behind it still sounds exactly the same, which is something that Windows Sonic would help me with. Yes, there is another issue with sounds from below of above, but again it is something which would be more difficult to implement.

Also, big part if not majority of playerbase is using headphones, so I think that better support for headphones would have a big impact and might help to solve some of sound issues which are mentioned here and reddit.

Right-click the speaker icon on your taskbar, click 'Sounds' then 'Playback'. Right-click on your device and make sure it's set to the default device. If you have the option "Configure Speakers" click that and see if there are other options such as 5.1 and 7.1.

In the Apex in game settings audio tab it should say at the bottom what the windows configuration is. On mine it says 5.1.

its so sad that they never fixed the audio issues

warslag, what I am asking for here is to add option to untie it from this setting and being able to set it directly ingame.
Anyway, I cannot configure my sound card to anything else than Stereo.

sorry warslag, but there is nothing you can post that will fix the audio in this game

its so sad that they never fixed the audio issues

What is your point? It is a f2p game, which means live service and continuous work on improving the game, so people keep playing it.