With the surge of 20 Million people coming to battlefront 2 a while back I think it's pretty obvious that at least one more update should be done.  I shall organize this post neatly as to not make it difficult to read.  Of course I know there is no chance that this will get to the eyes of the main developers, but I can hope that eventually it will.  Now a little warning, I do prefer to play singleplayer/offline modes because I used to play the old 2004 and 2005 instant action when I was younger and loved it and I love it in this game as well.  So I will try not to be too biased.

I will give a couple of ideas to improve and maybe add more multiplayer content.  Starting with the obvious:  Matchmaking/Server Browser.  Adding some form of selective matchmaking or server browsing option would be great.  There are people who try to find a specific era or map to play on for their own personal preferences, but cannot due to the matchmaking of the game setting a random era and map per match.  But with a browser you could simply search or scroll to find the map and era you want.

Different Heroes vs Villain's Matches.  An issue I have seen and faced is that in hero showdown and sometimes the normal HvV mode can be unbalanced.  How?  Well Blaster heroes sometimes do not tend to live long against force and saber wielders.  Adding separate game modes for Blaster heroes to fight other blaster heroes, and same with the saber heroes, could make things a bit more even.

Private Matches.  Some people wanna just play with friends so they can screw around and have fun without the toxicity or judgement by other players.  Having private matches for 2 players, or perhaps 4 would be very great for those who don't do online matches much, but still wanna play with friends.  Same goes for private 1v1 or private 2v2 hero matches.

As for other game modes I cannot think of anymore that would be interesting or new, so we'll move onto singleplayer.

Galactic Assault.  I do understand that this could be difficult to add to singleplayer, but hear me out.  The amount of singleplayer content in this game is amazing.  Truly.  But galactic assault is a unique mode compared to others.  Unlike Capital Supremacy, GA is objective based by either destroying or defending something.  Plus it allows starfighters and some rather unique fighters to be played on certain maps, and even has a map that isn't in singleplayer.  The surface of Crait.  Having to destroy the walkers on Crait with the ski speeders, or just defend them would be amazing for single player.  I can say the same for Naboo.  Flying the N1 Starfighter would be a thrill.  Now you may ask,  why not just go online then.  There are people who do better against the AI units than actual players. and in my experience it is hard to learn to play online do to dying constantly.  So adding GA for singleplayer users would be thrilling, new, and so much fun.

How AI Could Work (from developers programming).  For objectives that require a weapon to be picked up, or a panel activated, specific NPC's could be assigned to go and pick-up/activate said objective.  Maybe add an option in the GA Singleplayer menu to save an objective spot for the player as a guarantee that the player could get it.  This has been done similarly in battlefront 2015 with walker assault and the NPC's either activating or deactivating the uplinks, and attacking the walker.

Honestly that's the main thing for singleplayer I have.  now More Heroes and Villains.

Sequel Trilogy Era:  In my opinion this era is perfectly fine due to not many main characters being showed as more important than others.

Prequel Trilogy Era.  Here we go with the obvious.

Jedi Robes.  (the darker brown robes to cover the base robes)

And maybe his unrobed appearance with his arm guards like in the clone wars series.

Abilities:  Deep Focus.  Mace Windu focuses through the force to allow stronger strikes with his saber.  (he does more damage temporarily)

Push Forward.  Mace grants Damage reduction and decreased or no weapon cooling for himself and allies.

Swift Strike.  Mace dashes in a straight line, cutting down any in his way.

Abilities:  Jet-Pack Missile.  Jango bends over and launches his missile from his jet-pack.

Flamethrower.  Jango uses his wrist flamethrower to incinerate enemies before him. (like the first order flametroopers main attack)

Fly.  Jango uses his jet-pack to move around in the air.  uses up fuel overtime like Boba.

And the map that can be released with them.  Malastare, or The Jedi Temple on Coruscant.

Now for the final two.

Skins.  Her second outfit from the clone wars series with her green lightsabers.

Siege of Mandalore.  Her outfit in season 7 with her blue lightsabers.

Fulcrum.  Her outfit from star wars rebels with her white lightsabers.

Double throw.  Ahsoka throws both of her sabers at the enemy.

Skins.  Normal dress that she wears for the majority of the clone wars.

Bounty hunter with and without helmet.

Abilities.  Assassin's Fury.  Asajj lunges enemy to enemy taking them down as she goes.  (like kylos frenzy attack)

Nightsisters Call.  Asajj slows enemies in front of her making them vulnerable to her attacks.

Dark Grip.  Asajj grips enemies in the air using the force, as one of her lightsabers slash through them.

Alright, so that is my line up for what would make sense for at least one last update.  EA honestly.  you've gotta do something.  these ideas could bring more people in and make things more new and interesting.  Now let's just see if they'll ever see this.

I would add cross era heroes for instant action (don't know if you have mentionned it since I read fast) since instant action is a sandbox game mode and it would be amazing to play as any hero on any supremacy map on instant action. For instance, I would love to play as Anakin on Scarif but it's only an example. Also, split screen should be brought on the table since it is a basic feature that should have been implemented mostly for consoles but also PC.

Otherwise, it's a good concept you have there! I hope your wish will come true one day!

@EvermostLove I enjoy reading your ideas, but they are not coming back to develop the game.
Message 3 of 24 (1,083 Views)
Reply
0

Honestly since I prefer immersion I don't really care for the cross era hero idea.  but if they do come back at some point it should be an option.  like a toggle for cross era, or only the heroes for that era of map.

And they may not ever return, but Hope still stands for many, and if for some reason they do these ideas will be here. 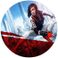 @EvermostLoveGreat ideas. Many have been requested for a while. If they were to come back, I think it would be for extended support. That may be why they haven't. Instead they might be working on Battlefront 3. So these ideas would be awesome for Battlefront 3.

Battlefront 3 should launch with mostly characters and locations that were requested for Battlefront 2 but that we never got:

- Ahsoka and Ventress
- Mace and Jango
- Mandalorian content
- Original Rogue One content like Jedha or Mustafar with Vaders castle and new heroes
- Padme
- Exogal and Kijimi for Sequels
- Poe Dameron and General Hux
- Ben Solo and Knight of Ren
- Server browser with private matches
- give us a next level Supremacy like a full Titan Mode from Battlefield 2142:

Add new content like this to the top tier fan favorites making Battlefront 3 the largest launch roster of the 3 games.

Add also Heroes vs Villains and a Starfighter Assault mode for instant action if you don't mind...

I love all of those ideas.

Don't forget crossplay since many games like Call of Duty have this now and yet Battlefront doesn't!

Unfortunately, DICE are focusing their efforts on BF6, which means SWBF2 has been left by the wayside.