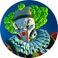 Image: (Attached image is not my own, I can't find a good representation of my idea, but I'm thinking like a skinny older guy, British explorer, tinkerer type, steampunk sorta look, maybe even tie him into the lore by making him Wattson's father? Who knows).

Voice/quips: Heavy British accent, old and raspy, man of few words, very "no nonsense" old school sort of attitude. Things like "All this talk of energy, shield cells, and "the ring". Nothing is tougher than a cold, hard hammer in the right hands". Or "Enough talk, there's a duel to be had". Maybe "You call that a fight? I've seen more fight in a wild rabbit". "Codswallop! I'm being fired upon!". You get the idea.

"Perk": Low Profile, due to being a smol boi.

Passive: Invent. Can combine grenades in inventory to invent a dual-purpose grenade (i.e. Explosive arc star, thermal explosive grenade, and perhaps a new status effect when combining arc stars and thermals - temporary blind/deafness/mute, for a duration in proportion to how far from the blast you are, sorta like a flashbang perhaps). If this isn't strong enough by itself, perhaps the added ability to double-stack grenades?

Active: Resupply. Pressing the ability button results in a short, snappy animation of pulling out some leather pouch of "makeshift ammo", and both equipped guns are fully reloaded regardless of which of the two are currently held (with ammo from inventory only, to prevent conjuring "Get out of jail free" ammo). For example, if you're in a gunfight, you're using an R301 and run out of ammo, quickly switching to a Flatline to finish off the opponent as the reload would've been too slow and dangerous - A quick press of the ability button, and both guns are fully reloaded again ready to rumble without missing a beat. Slightly longer cool down for this than the average ability, due to it's ability to change the tide of battle.

Pulls a rusty, beat up, blunderbuss-on-a-tripod-looking contraption out of his backpack, sets it up, allowing anyone to take control of it and lay down cover fire, offensive fire, distraction fire etc at a possible angle of 90° degrees, for a modest duration. Can fire like a cannon/catapult perhaps, slow rate of fire, big projectile, large bullet drop, but damaging enough to be a credible threat and effective at temporarily holding a position or choke point. Projectiles must hit directly to cause damage, not area of effect damage like Gib and Bangalore. Short duration to prevent abuse, say 25 seconds before it "crumbles" into a heap.

(Edit: As has been rightfully pointed out, a stationary ult may cause problems in terms of snipers/grenades etc, but as I just mentioned later in the thread, I feel everything must have a strength and a weakness. Perhaps make it so that it's shielded from the front, and only vulnerable from the side/back? Or maybe we can make it more of a slow, detachable carryable gun instead of a stationary one?)

Yeah. I think that's it for now. It's 3am here after all.

Edited: Altered from a Nordic, viking type of guy to my original British old man idea due to the apparent potential clash with Bloodhound's background etc.

@ViIefox
1. First up, Wattson is already kinda the token engineer, with Crypto in close second.
2. This is kind of the future, so I don’t really see how he’d be an engineer and scorn advanced technology. (Bloodhound’s people scorned all technology, but they didn’t have an engineer, probably)
3. Bloodhound is kind of the token Scandinavian person.
4. The passive has potential to be op in most situations, but useless against/with a Wattson.
5. Resupply is kind of wacky. It could be an essential ability, or a terrible one.
6. The ult could be good, although making the operator stationary will make them vulnerable against snipers or grenades.
Message 3 of 21 (249 Views)
Reply
1

@ViIefox Okay... so the good Mr. @Sir_Named said a few comments I wanted to say specifically the bloodhound being icelandic-y, so nordic character would be too fast and the passive. But here goes:

I like the idea but have several... hmmm... reservations. Specifically the passive. No legend now can take stuff from the game and convert them to something else. They can only alter it’s base effect so combining stuff would def be OP.

Even tho it’s the future, there’s still some physical law in place so the active would be kinda weird for this game. Suddenly having ammo without reloading. You can basically turn 28+ round weapon into an LMG and an LMG into a near turret with that, to which I see no drawback (except Rev cancelling out the ability by silencing it).

Why is it called a turret if it’s slow firing/catapult-y? xD but I do like the sound of it tho.

Other than that I like the character idea. It’s basically the base character of every hero/personality/royal shooter I know :P
Message 4 of 21 (229 Views)
Reply
1 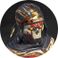 @Koochi-QSir named is very right about the conclusion that Bloodhound might be a Scandinavian person, he could also be German since germans had the same mythology
But since he allways just says Alfather and never Wotan or Odin.
He atleast speaks a northern Germanic language, his accent sounds very german to me too actually

And we allrdy have an engeneer, not sure if we need anotherone ^^

@OldAndKnackered  Bloodhound is Icelandic in origin, and references norse mythology in numerous voice lines, including in the LTM.

Oh. I assumed nobody knew who he was and that the 'Allfather' stuff was all made up.

@ViIefox  This legend sounds like a Torbjörn rework from OW.

That's fine though as he's an awesome character with a cool kit, would love to see something similar on apex.

@OldAndKnackered  Nah the all father is actually another name used for Odin, although that variation is mostly Germanic in nature.

Bloodhound does use icelandic in her speech, e.g bloth, slatr  etc.

Bloodhound also references Valhalla and other norse myths so it's safe to say that's her origin.