I purposely go in solo, die, then spectate. If I see no pixel movement on LMGs and similar, I report, find next teammate, wait for machine-gun, then report IF cheating. The game is SO PERMEATED with cheaters. 1 in 5 times I see a squad with 0 cheaters, and I just enjoy watching them. But right now, while 33% of everyone I spectate is using recoil hacks, I feel like sweeping up the game is more important than play.

After all, while I finally got good at aiming myself and feel "pumped" that I adjusted my settings to be able to aim consistently... now it's just deflated by spectating to realize nearly HALF the players are using recoil hacks at worst, aimbots and I haven't seen a wall-hack yet but it's probably something I missed.

Sometimes I see "barely any" recoil and I don't report those, but I swear it's like a third the recoil I get in firing range WITH the barrel stabilizers. Unsure what to make of that... somewhat assume it's the people compensating, but I'm on the lowest tier... I don't think players are quite there, so I assume it's a subtle cheat but I don't report 'cause I am not in-the-know. I keep my reports accurate...

But I'm flooding the system with reports, b/c SO MANY people are using No-Recoils. I don't play anymore. I just sweep this. Maybe no script can detect it, but humans can easily see.

If you haven't spectated, try it. There's A LOT more cheaters than you know

@feiting_shadow There are definitely cheaters in this game but I find it hard to believe that 33% of the players cheat.
Message 2 of 12 (286 Views)
Reply
2

@feiting_shadow If you really think 30% cheat why not just play something else? Do you also realize your view of your teammate or opponent isnt really true because of lag?
Message 3 of 12 (250 Views)
Reply
0

@feiting_shadowyup, welcome to Apex. When you get to Diamond level lobbies you barely see people without no-recoil scripts, you are just happy that some are not using soft/hard aimbots or wallhacks

That's Apex for you = poor game code, anti-cheat (owned and managed by competitor company by the way), lack of initiative to ban people.

I reported multiple cases with videos via the official easy-cheat page at the end of July, videos still have not been watched

don't waste your time reporting, the system is clearly not working and even if people do get banned they just create a new account, hide their level and play on.

https://prnt.sc/1uvd33a<- forgot to highlight - first video 1 view is also from my friend not Apex.

@Cheese9Man- its not 33%, its way more on Diamond+ level, in my opinion, that's the biggest difference (along with set (hacker) teams playing constantly together) between good players who can reach Diamond and higher-ranked players. Since 03.2021 when I started playing I have seen 0!!!! Master+ players who do not hack.

@Cheese9Man it is not cheating but I say many and I mean many are using recoil control, either Cronus or other 3rd party apps for this. So many players w/o recoils running around and nothing suggest they are controlling the recoil. it is not just Apex now tho.
Message 5 of 12 (201 Views)
Reply
0 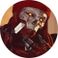 @Cheese9Man Depending on what you consider cheating, just looking at the popularity of strikepack videos on youtube, and reading theese commentsections its pretty clear that there will be ALOT of strikepack users out there
Message 6 of 12 (189 Views)
Reply
1

@hayhor I will enjoy reporting you later, even though I don't know what your gamer name is. Lag shows up differently. Pixel-perfect stillness isn't lag. Lag is when they disappear for a second then show up again. I did have lag stop me from reporting one guy... but it was clearly lag
Message 8 of 12 (175 Views)
Reply
1

@EshshshssYeah I see your point. And honestly that's why this is a hobby and not something I feel "needs" to be done. If I feel like an adrenaline rush, I'll play to win. I still make top 3 fairly often, sometimes win.
But I just don't feel like it's worth counting if my teammate's using a recoil hack, or if my enemies are playing a "different" game.
Edit: Actually I wouldn't say the game code is poor. For a 3D networked game with "various abilities" they have pretty good programmers.

Detecting no-recoil hacks is as simple as plugging some algebra into the client-side and saying "if it moves less than X pixels in X time, then they need to be spectated and banned". Way easier code than anything they've already written.

Whether it's the programmer, manager, or producer... up in the air. EA was voted worst company for a reason!