@DesertHeat220 Next NFS is still in early development.What we know about this game is Frostbite returns as the game engine and the team behind it is the same as Ghost.
Message 511 of 519 (942 Views)
Reply
1
Highlighted 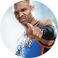 And a bunch of new employees, as far as I know.

But I personally want Porsche 911 and Lamborghini Huracan as cop cars in next NFS cop roster. I find the cop roster in Heat severely lacking in variety, and both Porsche and Lamborghini cop cars could be better candidates for returning.

If there is a chance, the McLaren P1 police car from No Limits should be added in the next game's roster, as high-Heat Level cars or DLC cop cars.

Also in a twist, I would also want the new Ford Explorer as racer cars, and Ford Raptor or Chevy Colorado as cop cars.

@DesertHeat220 Lamborghini Police Car only showed up in HP games(HP1 HS HP2 HP2010 Rivals) so no if they continue what they had in recent games.Yes if you mean HP2010 Remastered coming later this year.
Message 513 of 519 (922 Views)
Reply
0
Highlighted

Knowing Criterion, they'd realize the Charger police cars cannot satisfy everyone, so there's definite chance they'll add Huracan police cars into. Who knows, but have a racer-modified Dodge Charger SRT8 getting wounded by Lamborghini police cars again can be an amusement.

there is one thing however, toyota wouldn't licence their cars to games that promote illegal drag racing

@DesertHeat220 NO.Heat is the base of following new NFS.That's the words of Matt Webster-current leader of Criterion.So they will just continue what Ghost did in recent years.Since they are still hiring and most of them are indeed Ghost devs.
Message 516 of 519 (899 Views)
Reply
1
Highlighted

Well, so that means they won't be making Dodge Charger SRT8 to the racer car roster? I don't believe so.

Probably, you'd have to pay 5$ for each if they're in the game. Cause base game cost is never enough for this greedy company.