Welcome back for another season of NBA LIVE Mobile. Join us on October 15th to kick it off!

This season of NBA LIVE Mobile offers all new features, campaigns, sets, and will allow you to control your team like never before. Let’s look at some key features that Season 4 has to offer.

Season 4 will feature a new player type known as Superstars. At the start of the season, you will be able to draft one Superstar to start your team. These players can be leveled up throughout the season and each has their own special gameplay X-Factors. X-Factors are abilities that players have that will allow special in-game features. Collecting shards will also allow you to level them up and add to their skillset! This season you will be able to use these players on both the new Multi-year Lineup and your Season 4 style lineups.

Just a reminder that your Multi-Year lineup allows you to use your players, jerseys and courts from Season 3. Users with high OVR players from Season 3 will get a head start on the campaign!

As the 2019-2020 NBA season approaches, players will be able to play the new Tip-off campaign which will allow you to play the exact NBA matchup with the current rosters on opening night!

In Season 4, we’ve made a few adjustments to gameplay that will give the game more depth while also remaining fun and accessible. A few of the changes that you will see include:

LIVE Pass will allow you to complete specific goals for each lineup type to receive rewards. You can earn exclusive courts, jerseys, boost items, players and more for each goal completed. Once you complete all 40 goals before December 15th, you will unlock a new Superstar! You can also upgrade your LIVE Pass to unlock even more rewards for each goal you complete!

We’ve received a lot of feedback over the last season of NBA LIVE Mobile and continually are making adjustments. This season, training players as it has been done in previous seasons will go away. Traditional training, as we used with Elevate players in Season 3 is now only a part of Superstars.  Once Season 4 starts, the Arena Mode BETA will not be available. We have received a lot of great feedback from players and we plan on making changes to Arena Mode and look forward to it’s return later in Season 4.

We are extremely excited for the release of this season of NBA LIVE Mobile! This year’s game is going to bring you the best on-court action, combined with a much more engaging way of participating and progressing your Ultimate Team. 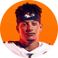