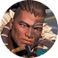 So I am not good, but I am pretty sure I am being intentionally sabotage by the developers. For one thing I choose servers that have a ping value less than 40ms

but according to the ping bar via in game it says anywhere from 60ms to 80ms, also this high spike during

fighting, always during fighting or just running away from the action to get to cover, when I a, about to knock a player

bam the spike happens and I magically die with out taking much damage, second I have a .6kd and and a 20%

accuracy why in the hell am I going against high skill player that laser my team from across the map. Also why is it

that for every button push on the controller the enemy can do 10 before my first input is composed. Please tell me why

is my gaming experience is hindered. I think that if I don’t buy $100.00 a week merch you intentionally hinder my gaming 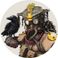 @SoloHopeOne As much as I understand your frustrations, I genuinely don't think you are being targeted by the developers.

@SoloHopeOne As much as I understand your frustrations, I genuinely don't think you are being targeted by the developers.
Me too
Message 2 of 10 (451 Views)
Reply
4

The above post is marked as solution, what you are suggesting is absolutely not the case.

@SoloHopeOne Don't listen to them! You are clearly marked target and they are sabotagin your game.

Infact they are sabotaging hundreds of thousands peoples games right now since they can't login to the game, have it crashing or logout midst of the game, uncontrollable lag etc.

@KarvaRausku They aren't a marked target at all.

There are constant issues with every single game on the market. No game is perfect either.
Message 5 of 10 (406 Views)
Reply
2

In another way, you are completely incorrect.

While you are correct not every game is prefect, it seems very suspect

a 40 ping lobby, I entered this same server at 150 ping and it was unplayable

100% better and feel than in game, I can jump slide in this mode but not in game

i play against are not..in the end no matter what rig or system I have even if someone

had the exact same as me it seem I am at a disadvantage and they have an advantage,

so the million dollar?,is why no matter what i do I am at a disadvantage. If it is not on my

End ,than there has to be some kind of net coding advantage to give to certain player groups.
IE. pros, people that dump money at ea feet, or the people that give ea a positive rating.

Just to be clear, I am not attacking ea or any developers, I maybe passive aggressive, I do respect you, your colleagues and what this company has done or try too do

I did reply to a person who posted on my thing, the ending was a bit harsh and may or may not be true but it from my perspective either way neither one of us can prove this

crazy theory of mine but it make the logical since to me even if it is crazy thinking, It was crazy to go to the moon but we proved many people wrong when it happened.

If you care to look at the piece I replied to, and not judge but can send me in a direction to resolve this problem it would be much appreciated. I can ping FROM THE east coast to the west coast

of the USA under 70 ping so there is a start right there..

@SoloHopeOne only one thing am sure about is the ping issue, it's not because they are doing it on purpose.
it's just the servers are like this, my server shows 15 Ms ping but I never get less than 30 so it's normal and I think all online shooters are the same so it's not a big deal if it doesn't fluctuate hard.
if it does then try to do some connection troubleshooting
Message 9 of 10 (227 Views)
Reply
0

Trust me I have done everything in my power, like I said it should not be on my end,  let me just explained real quick my point of view. As i

Have replied to this post, if the net code is the same for everybody the servers are the same also

while people have different systems and rig set up, it seems no matter what there are people in the same situation

as me, some people can have the same set up same ISP live in the same county but have completely different gaming

Experience what I want to know is why dose this happen.