"Don't need a way to beat on your fellow freelancers who are many levels behind you just to inflate your own stats."

Most of the games in this genre have PvP normalized so gear and levels don't matter much, if at all. Ubisoft is even normalizing the Dead Zone in the new Division and Destiny has every PvP mode except Iron Banner normalized, so if you're losing in Destiny, it's you and not your gear.
Message 30 of 418 (330 Views)
Reply
2

I think a game like this will either need PvP or a metric ton of content to keep it relevant and maintain a playerbase.

Longtime BioWare game players know the "content" is what it's all about.

I don't need PvP at all, and won't participate in it if it's ever added.  And if the PvE game suffers as a result, will be incredibly disappointed.

Did you play SWTOR as a "longtime BioWare game player"? I did for several years. I think almost everything else they did was single player console games (Dragon Age, Old Republic, Jade Empire, Mass Effect). In those cases there wasn't a ton of content. You played the game, replayed it for some different choices and that was it. SWTOR has PvP, and they had content droughts where PvP filled the gap. Huttball was a blast. I am skeptical about end game, maybe they'll prove me wrong but almost every online multiplayer game that's come out in the past few years has struggled with players flying through content too fast and not having enough end game content. .

People use pvp when they have nothing to do in pve. But, I do understand that takes away from their pve content because they have to dedicate a team just to mess with pvp.
Message 33 of 418 (336 Views)
Reply
2

I find new content every single time I play.  Mostly dialogue I hadn't ever heard before.  But the ability to switch-up party members, and the enormous amount of situation-dependent interplay that's present in the games for all the various combinations and encounters, keeps them fresh long after I know what critters are waiting around the next corner. 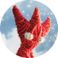 Pure PVP (i.e. crucible, capture the flag, king of the hill etc.) does not interest me. For this style game, and I am uncertain how it would add to the experience.

I believe the effort to support the existing mechanics surrounding PVE would be more interesting.

PVP maps and events could be fun, but I would enjoy more non-traditional events. Not unlike Destiny's Gambit and other similar events. 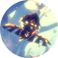 Whoa whoa let me stop you right there borderlands 2 never has pvp it has duels and that is it,  I hate pvp it killed black desert online for me and I won't be getting bdo on Xbox one because of it.  If Anthem has it I'm out,  I will pre order the game but as soon as they add pvp it will be a breach of contract and I will be getting a refund for it and wait until borderlands 3 is announced.  Saying borderlands 2 was pvp lol I laughed out loud literally .

Did you play SWTOR as a "longtime BioWare game player"? I did for several years. [...] SWTOR has PvP, and they had content droughts where PvP filled the gap. Huttball was a blast. I am skeptical about end game, maybe they'll prove me wrong but almost every online multiplayer game that's come out in the past few years has struggled with players flying through content too fast and not having enough end game content. .

SWTOR PvP community is cancer even by the standards of SWTOR comunity, and huttball is way too complicated for 99% of SWOW PvPers. As soon as they added bolstered flashpoints and removed the level brackets between them, I stopped playing PvP and never looked back. I’d rather do Kuat on repeat than go back to playing warzones.

And the main reason I kept playing SWTOR for as long as I did was hoping that one day I’ll have enough uninterrupted distraction-free time to replay all the stories on all the characters I made. PvP was just the quickest way to get them leveled without worrying about upgrading your gear, and even that is no longer the case.

I also highly suspect that a large part of the reason SWTOR had content droughts was the fact that it kept trying to sell mostly abysmal quality cosmetic assets through overpriced RNG chests, and there wasn’t really enough revenue streaming in from that to support steady development of more PvE and story.

On the other hand, I know of at least one subscription-free game that seems to make enough money for regular free story updates with reasonably priced, high-quality, direct sale cosmetic stuff. So it can be done. Whether it *will* be is another matter. Obviously, you can never produce content as quickly as people will play through it, but it should be possible to keep up steady enough pace to keep the interest alive between updates.

Sound off guys, let's show BioWare that we DON'T want PvP to ruin an otherwise (potentially) great game. I see a few posts about PvP but the overwhelming majority, thankfully, seems to be negative towards PvP. Let's see how big of a voice we can lend to say please no PvP.

neutral, but hope bioware stay away from pvp, it just too much toxicity on it, people complaining about hating, ranking, lagging, balancing.. if devs just focus on pve, they wont be worrying about balancing or ranking... probably just about some server lagg and rubberbanding issue. ive played too much pvp, dota, gw2, lol, pubg, division failed pvpe concept (LOL), BDO, etc. why put it in this game they just could go to those pvp games and curse and complain about balancing and op weapon and cheating, etc.

and if getting owned in fortnite, quit the game for a while, go back and play anthem to chill with some pve fun without worrying being nerf because your item set are so OP

I agree to keep it PvE!