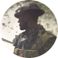 @N4v1s wrote:
@RoadmayThat is a known bug. However especially using a grenade, you might as well have damaged more than one player. 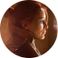 @BBDinkW The private server program is still promised to come to BFV. So players will get the control. This should have happened way earlier Imo.

Just checking for validity and such things won't do anything. If you think it is that easy to combat cheater, well I have to disappoint you. It is way harder, otherwise there would not be a single cheater in the game.
Message 12 of 326 (1,522 Views)
4
Highlighted

If EA pay me and 10 friends a salary of 1,500 per month each, we would be happy to police the European servers. I play until late most evenings and wouldn't mind following suspected cheats for certain periods collecting evidence and banning where necessary.

- You could make players register the MAC addresses of the devices they use to play the game with.

- Have a verified picture with ID for registering for an EA account. If it is a minor registering, they need parents ID.

- Give us the ability to host our own servers.

- Get people to register a credit card and sign an agreement that if they are caught cheating the card will be debited 100 Euros.This can be done by raising the price of the game but not taking the 100 euros at the till. 'The 100 euros will be refunded / not charged when game is discontinued or player stops playing. 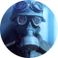 To run any cheat in game requires modification or exploitation of code within the game, such as the tagging of all enemies while clearing a sector in breakthrough.  To make this happen the code must change from what is normal and therefore the packet transmission will differ from a normal player so I really do not see why it is so hard?

@BBDinkW Well as I said before, it is not that easy. There are to many people willing to pay money for cheats. As soon as money gets involved, there will be someone to make it work. This is a constant battle between professional programers. The game and anticheat developers trying to close loop holes in the code and developing methodes to find players using hack on the one side, the cheat developers trying to find new loop holes and hiding their cheat software from anticheat on the other side.
The sad truth is, that there will always be cheaters in games. Game developers can just try their best to make it as hard as possible and ban convicted cheaters fast.
Message 15 of 326 (1,500 Views)
3
Highlighted

Bring back vote kick a player.

And how does a player get over 100 kills and not get an auto flag to check for cheating. Ill tell you why, because there are too many.

How do you expect me to spend my money on a new map when all we a dealt is a full on crap fight with cheaters. There is no way im paying to be dished up that filth.

On the US West coast servers and Asian servers, a lot of the cheaters come from China. Not all of them but a lot of them.

Here are some facts that could be helpful against cheaters:

- The Chinese government has banned BFV there (since BF4).

- Chinese players have to use a VPN to be able to play the game.

- Chinese have a known culture of cheating because children are instructed to succeed in life no matter how. I'm not saying all of them are cheating but a higher percentage compare to the rest of the world. There is no translation for "cheating" in mandarin, they say "helping tools" instead...

- Cheaters uses stolen Origin accounts for dirt cheap ($2 to $5) so if they get banned, they just buy another stolen account with BFV on it. It's the cat and the mouse game.

- Cheat developers makes good money selling them; some even do a monthly subscription fee that guarantees the buyer to get an auto-update if the program doesn't work anymore or detectable.

My recommendation is to have BFV unbanned somehow and then create Chinese servers.

Have Origin detect change of IP for the first 3 numbers (usually different country or internet provider) then send a text to the owner of the account for verification.

Have Origin phone app like Steamguard to warn users of potential account hacking in real time with phone notifications.

Kick command in-game if half of the players on a server agree then the cheater get kicked (like the good old days!)

Pattern detection. If a player with a kpm ration bumps suddenly of a certain percentage, a warning is team to the anti-cheat team for verification.

I heard in European servers, the Russians community has also a lot of cheaters using similar method.

Show the best runs of the round at the end or during the new map loading, people would see weather or not they were a victim or a pawn. I've played all of the Bf's and I feel it's getting worse. You could also stat scan and maybe put people on-top of reviewing the most questionable stats. Can't afford to protect your game, reward players who report cheats with credits and you'll have us working for you. But this current system is really lacking and it's cost you credibility and future sales. It's not rocket science, the stats don't lie and reported players don't get banned. I'm am still constantly seeing players cheating. Blizzard bans based on hardware, that's a good way to do it.
I don't know what went wrong on your end, but it's rampant and I'll never buy another game watching you guys sit back and prevent players from naming and shaming, last EA purchase period. You may fix it, you may not, but as far as I'm concerned there's too little care and even less action. I just reported two players tonight. They'll be playing next next, no doubt. 0 action is reciprocal and I really enjoyed our run, but you have my money and I've got 0 action, blocked posts and continuous issues with how you're handling it. PS. I'm not the only one. Good Luck, but it could be more skill.
Just rejoined the server and he's openly telling people the cheats he;s using and what works and doesn't. How do you let this poison spread?

In my opinion, the companies that develop the games must build a anti-cheating mechanism in the establishment of the game, I do not see any fighting of the gaming companies on the sites that sell cheating. What's more the possibility to report  a cheater is very cumbersome

@EA_Atic Not even 5 minutes into the free weekend and I've been banned for cheating within seconds after killing the only two guys in the multiplayer practice match. What the hell?
Message 20 of 326 (1,229 Views)
4
New topic
Twitter Stream