Re: Keybinding of the main menu and actions

Keybinding of the main menu and actions

Hi. First of all, great game. I'm really enjoying it and it's good to see a fine game after so many fails.

But, I came across the same issues as I had in NFS 2015 and it's the controls.

When using the keyboard, you are offered to change only half of the keys like (acceleration, breaking, camera change etc..) but there is no way to change other controls such as (enter race/garage (harcoded to "E"), menu navigation (hardcoded to "Q/E"), map (harcoded to "M").

It's really horrible thata I have to cross my hand to reach for "E" when I want to enter a race as I liek to use the Arrow keays to drive in games.

It also generates all sort of bugs when tuning cars since when I click the "up" arrow key, intead of reving the car it just moves around in the menu. Same with real time tuning during free roam, it just forces me to use some Num keys, which I usually use for moving the camera around. Now these open stuff and even there I cannot use the up arrow properly.

So, is it possible to also provide an option to change the keybinding for th navigation and stuff? Or am I still suppose to use some stupid remappign software to go around this issue?

Please jsut think about PC games also and start doign the work well. Is this kind of stupid things that can ruin an otherwise great great game.

Re: Keybinding of the main menu and actions 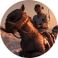 I´d like to see as well that they unlock key bindings. I am forced to use arrows for driving, while usually i use 8,4,5 and 6 num keys, especially num 8 and 2 is locked for navigation.