Interceptor, where is my mind?

Interceptor, where is my mind? 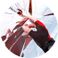 As an opening I want to state clearly that I enjoyed the VIP weekend experience and look forward to this weekends open play event. I choose to look past the bugs and hick ups that plagued our experience, hoping for a smoother run this time around and some much welcomed changes for official release. That being said!

WHAT IS UP WITH THE INTERCEPTOR!!!

Now don't throw the poop at me just yet. The moment i strapped into the Interceptor I immediately knew it was gonna be my main. I liked the Ranger, want to dabble with the Colossus, but the Storm is not my cup of tea. But the Interceptor just made my play through fun and exciting. I felt really empowered having to push my skills to the limit dashing this way and that....love the speed. But then it struck me. I was only playing close-up and personal. Yet my kit didn't reflect or shall i say support that type of play. I thought this was temporary things would become better, other gear would drop....heck we don't even know what endgame would bring to spice things up. To which I say...YES EXACTLY.

Sure, there will be players that argue it's perfect as it is. Fine all the best to you, GG.

However, hear me out for just a bit.

The current iteration of the most nimble Javelin is a strong melee fighter that utilizes speed to his/her advantage. Yet even though the core fantasy is up close and very personal (even our Ulti reflects this) its the other "abilities" and Interceptor mechanics that don't seem to add up all that well. Apart from having a speed demon in your group, there is no reason to bring a Interceptor to a group. All the weapons we can use can be used by the rest, we have a debuff that helps no-one but ourselves because no one is within 20 yards of where we are when the fighting really heats up in open areas. Our fantasy is portrayed as dive-bombing in, then some whack a mole and get out. The reality is, when those snipers lock on and you dont dash out the way, or if the heavy's or spider tanks gang up on you, then you are a sitting duck if you get downed, or manage to just scrape through by the skin of your teeth only to recharge somewhere behind a rock. Now this would be where you would say, hey dude, use your abilities...OK...which ones, glaives that do single target DPS, Toxic spray or gas that primes...yes that is an  option, a quick sprint, a kick. I'm close to dying here, what are my options....uh...that's right....dash dash dash... To me, my movement set IS my abilities. So why not build around that, we are obviously the Ninja class in-game (dont say Warframe...dont say Warframe) Make me stealthy!! I dont need to have a freeze skill, or spray toxic ooze...from who knows where. What I need is a smoke bomb that makes me untargetable, but not invulnerable. (leave that ulti alone). And a 5 sec invisibility cloak / shield that lets me get in....or out depending on the situation. I need to have a damage multiplier if i can manage to get placement behind a target, or make an attack from Stealth.

I think these are fairly "easy" tweaks to be made, but would make a huge difference. But for the most impact full change. Take a deep breath.

Sniper Rifles can only be used exclusively by the Interceptor. WHO THREW THAT???

I also suggest making "bladed melee weapons", that needs to be equipped as a primary or secondary, that gives buffs and stats to our melee play style. Our melee then gets used as our primary fire option, seeing as we have no cooldown in any case , this wont be a problem. Our 'cooldown' melee ability...like the other javelins, can then be a chuck norris roundhouse kick that stuns enemies. This will ensure that melee remains relevant when we get to master and grandmaster difficulty modes.

So that in short is what i thought would make a more complete Interceptor. I am still maining it as is, but I hope some of this get implimented...or at the least tossed around the ideas table. Apart from that, see you all in game!

i rather have an interceptor on my team than a colossus with the demo version build...

just saying... there is no need for the colossus on normal and hard mode

Well at this point it seems you only need 4 Storms to obliterate pretty much anything.

Which is why I'm asking the question, what role do i want to play as an Interceptor. Because as you mentioned, things change greatly as difficulty ramp up and I would not want to be kicked from a squad purely because I am playing a class I want to play which others deem useless.

@BelleDOTS that was basically my point about it too. It doesn’t play any real purposes the team.  No cc, no taunt, other classes can compete with it damage wise. Speed is not a big contributing factor.  What makes it worse, it’s a melee build that is squishy with a dodge that’s still vulnerable in many ways.

You cant even effectively use its melee in boss fights because bosses attacks are massive aoe that your dogge has no invincibility frames for. Trying to melee at all in a boss fight is suicide. The melee damage isn’t even great for litterally throwing yourself in danger

As it stands its a fun class but a selfish one that has little to contribute to the team and will be a major liability further in. It’s my favorite class but it’s not a good spot.

I’m calling it now current state of interceptor will be useless for the hardest end game content. It needs some changes. It’s kit doesn’t flow well at all and offers zip for a team. People will argue “but it’s so good in demo” well yeah the diffuilties are easy and we are overleveled for the area. It’s not being punished for things as hard as it will be. You are playing a demo in a starting area.

Probably just have to play a wait and see. I know that the Interceptor does actually have CC using the Cryo glaive that you can also combo off of giving yourself a Frost aura in order to freeze more adds as you dart around. The Interceptor does seem a little selfish in it's raw form but I am sure you can build it to be the perfect little in and out rogue hell bent on clearing out trash mobs and Scout snipers, taking that worry off your team.

@Daethena  Yeah but it’s like comparing the frost thing to the sorcerers. CC. The spec wins that by a landslide. The sorc even has a better way to boost team damage with is barrier wall that also protects.  The interceptor offers nothing of that level utility for the team.

I also think as far as clearing enemies for your team is a double edge sword. Being a squishy melee (can’t even call glass cannon because it can easily be out damaged.) you are setting yourself up to get killed in enemy territory where your teammates are going to have a hard getting you. It’s a team liability. This will be terrible when when game actually starts getting hard.

Its a lot of fun while the content is easy, but it has  some serious fundamental problems that will need to addressed.

also melee for a bossfight... haha..

This. It is a selfish class. It really got the short end. It has zero utility and the damage isn’t impressive compared to other classes. Melee will get you killed more often. It’s abilities are nothing special, all really uninspired.

Honestly wouldn’t be surprised if people start getting kicked in hard content later on. Atleast you will look cute
Message 7 of 29 (308 Views)
Reply
1

I would disagree as someone who picked it during demo under the premise its the least likely one ill play during live, what i found its roles were that it excelled at was taking down enemies like the snipers that set up on the high ground it may take a while to take said characters down but the ability to stun lock them in melee keeps them from shooting your team, cryo glaive also adds the utility to freeze a single target which again is what this suit excells against big enemy units like the scouts, hunters and sheild guys. This does not extend to monstrous boss enemies however unless you run a sniper rifle which is highly recommended.

"Sniper Rifles can only be used exclusively by the Interceptor."

I kinda like this idea, the DMR like weapon should be still available for all tho. What about the one shot anti material rifle like weapons intercepter or universal?

I have to disagree with your assessment to a degree.  I didn't expect to like the Interceptor, but after playing with it I found it was my favorite so far (haven't tried Storm yet).

What I found is that it seems things will really come down to team play.  As DraugrBearBlood stated, I was quickly able to take out the Elite Scar Hunters using melee, whereas they were obliterating my teammates who were having a tough time getting through their shields and keeping them under fire long enough to do significant damage to their health when the shields were down.  You have to use restraint, and play as a team.  One strategy we employed was for my Interceptor to clean up the area around the Colossus as he drew in large crowds and couldn't get around as fast as I could.  Also we tag teamed on those turrets as the Colossus drew the fire I could sneak in on the back side and melee it to garbage.

As you play with it you'll find where you fit it, but you have to fight the temptation to charge into the middle of the fray thinking you'll be able to do damage and get out fast enough.  I learned that lesson the hard way, I had a high success rate of getting out quick, but the few times I got hit by a sniper unaware or didn't realize that turret was in range really left me in bad position to get revived.