Insane Amount of Hackers in BF5

Insane Amount of Hackers in BF5 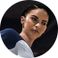 I'm honest. I bought BF5 knowing there will be hackers. It's everywhere, CSGO, COD, Overwatch, any kind of AAA games will definitely have this issue.

But this amount of hackers is INTOLERABLE.

May I suggest something to make the reporting function easier with an in-built report function instead of using Origin overlays? If you want to make sure the players report the players, please make it easier for them.

How do we know if the hackers we've reported are banned? I don't know at all. We just continue seeing them. It seems these hackers have an unlimited number of accounts to disrupt gamers' experiences.

I also suggest you guys buck up and do something about these hackers SERIOUSLY. I played 3 games, all 3 games ended facing a bunch of hackers (the most i've met is 6 in the opposition).

It's not even about playing the game for fun anymore, I'm just watching my entire 31 teams getting kicked all over EVERY SINGLE TIME to hear them thrash talk us with "ez".

So why not you guys spend some time and effort into building up your anti cheat system. I know that building one isn't easy and it's a never ending cycle, but a game that has low hackers are bound to attract more players. DICE has always been verifying users to prevent false bans, this is noble and understandable. Why not take advantage of the current situation where everyone stays at home?

If everyone stays at home, the IP address should be more or less the same. If every access uses masking everytime they log in to play, then these players are questionable. Either the accounts are bought using USD 1 or just playing somewhere else (which I don't think is the case). I don't see a reason why people should use VPN to play this game in the first place.

1. No. of reports file against the players. I strongly urge the players in the community to contribute in this fight. Let's make BF5 a playable game again.

2. Detection of any 3rd party program or non-invasive program

3. If client detects different IP address more than thrice in a single period, make it compulsory for them to key in their IP address (mandatory) before they launch the game. Once they key in, they will have to wait for 30 to 60 days before they can change the IP again. If these are the additional measures I have to take to play a hack free game, I gladly take these trouble. I mean, I've been using Origin overlay to report hackers, what's more difficult than this?

4. Make it extremely difficult to change ownership of bought accounts. Either a buffer period or make it a transaction. Yes, make them keep paying since they have so much money.

Another way is to incentivize players who reported hackers SUCCESSFULLY with something. That will at least encourage the players to report them.

I normally don't write anything in forum, this is probably the first but it's because I'm can't stand this situation, that's why i bothered to leave a threat here.

I also don't need your standard reply template because I don't really want to hear it in the first place. It shouldn't have to reach this point at all.

Re: Insane Amount of Hackers in BF5

Hey there @SnowyXue, to iterate from my post here.

Our work against cheating in Battlefield V will continue, too. The members of our anti-cheat team are working daily towards making the battlefield experience as free of foul play as possible. Discussing technical detail into our methods may unfortunately make cheating worse, but we want you to know that we’re constantly fighting the battle.

As a reminder, there are steps you can take to help us keep the fight fair. You can report suspected cheaters through the Origin overlay if you're playing on PC, or through your respective consoles if you're playing on Xbox One or PlayStation® 4. This walkthrough will show you how. Also, protect your EA Account so it won’t be compromised and used by cheaters. Here’s how it’s done.

With this update, we'd like to remind you to please report cheating through our official channels, instead of discussing or highlighting it via forums. This means going forward we'll close threads regarding cheating to ensure our dedicated teams can action the reports via the appropriate channels.

With that said I'm closing this topic.