This week, we’ll be bringing Rush back as part of Tides of War. It’ll be available in game on Thursday through till the end of Week 4’s Tides of War activity, and will feature a host of changes that we’ve made in response to your feedback, and observations that were made by ourselves from it’s first showing.

Below, I’ve invited Matthias Wagner to talk you through some of the changes that we’ve made, and what to expect this week.

Feel free to drop your questions below and we’ll check back in on the thread tomorrow to respond where we can.

It has been a while since we last played Rush in Battlefield V and since then we have been busy adjusting the three layouts on Twisted Steel, Narvik and Devastation and the gamemode logic itself based in part on the feedback that we’ve received from you.

I think it’s best to recap the most common feedback first before we jump into the actual changes. So without further fanfare, here’s some of the most prominent feedback points, in no particular order:

On top of that, one of the most common points of feedback that we heard was ‘just make it like it was in Battlefield 3’. So we’ve had another look at the numbers, metrics and setups of BF3, and incorporated them into Battlefield V’s version of Rush.

With all said, let’s look at what we have actually changed, what we didn’t want to change, and why it is that some things have stayed the same.

Let’s have a look at what changed specifically on each map.

General - Spawns in all sector have received adjustments according to telemetry and layout changes. Furthermore the distances have been adjusted to reflect BF3’s metrics.

General - Fortifications got adjusted and extended across all sectors.

Sector 1 - The sector has been lengthened towards the attacker spawn and the attacker HQ has been pulled back behind the farm area.

Sector 3 - The area between Sector 2 and 3 have received a pass on it’s fortifications and now has a lot more cover.

Sector 3 - Spawns for both teams have been adjusted depending on which objective has been destroyed. This was required since the objectives are now placed in sequence (meaning that one is closer than the other), vs in parallel across the frontline of the sector.

Sector 3 - Defenders have received a tank spawn for this phase. Tanks are otherwise available for attackers during phases 1-3, with phase 4 removing all tank spawns.

General - The Combat Area in all sectors have received an extension to their depth.

General - Spawns in all sector have received adjustments according to telemetry and layout changes. Furthermore the distances have been adjusted to reflect BF3’s metrics.

General - Fortifications have been adjusted, and extended across all sectors.

Sector 1 - The position of the objective that was previously on the street has changed. It’s now positioned in the city ruin area (see here)

Sector 3 - The whole area around Objective A has received additional cover and improved geometry for better close quarter combat. We have also added the scaffolding geometry around the loading dock that has previously been introduced in Grind.

Sector 4 - This sector is now situated in the train depot, and up on top of the hill closest to the bunkers (see here)

General - The Combat Area in all sectors have received an extension to their depth.

General - Spawns in all sectors have received adjustments according to telemetry and layout changes. Furthermore the distances got adjusted to reflect BF3’s metrics.

General - Fortifications have been adjusted, and extended across all sectors.

Sector 1 - Defenders should no longer spawn in the Cathedral area, but instead spawn behind the objectives. This way attackers won’t get shot in the side when approaching the library.

Sector 2 - The positions of the objectives have changed completely in order to allow for a more balanced and fun experience. Fortifications and defense lines have also been accordingly adjusted.

Sector 2 - Some of the geometry changes that were introduced in Fortress have been added to the cathedral.

Sector 3 - The positions of the objective have changed completely. A is now situated in the narrow street parallel to the cinema. B is positioned in the lobby of said cinema. Fortifications and defense lines have been adjusted accordingly (see here)

Hope that you are all looking forward to those changes! I for sure can’t wait to see how they play in public and to see if we are getting a few more steps closer towards the good old Rush experience. Please let me know what you think about all of this and once you’ve gotten hands on with it on Thursday, let us know how it plays. In my eyes, Rush is something that is special to the community, and something I want to develop together with you.

Excited for the changes and Rush has always been a top 3 game mode for me. The idea of narrowing down the boundaries should make for some more intense battles. 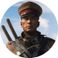 This may just be the greatest update to happen yet in BFV and I'm super excited to start playing Rush (and BFV) again. BF3 Rush was some of the most fun I had in the franchise so seeing the two blend together makes me very happy. It appears all my feedback and concerns were addressed so I'm super grateful for that too. I'll see you all on the Battlefield :D