I do this and he leaves

Yeah I checked the video again and I took that grenade also. That must have pushed him over the edge lol

I seriously tell every squad to take whatever they need out of my box if I die.

A player may not even be able to return to the death box after a res. And they may need that stuff to survive until that res happens. Simple logic that many skin bags cannot comprehend.

@Pure_Funk_Nugget Yeah its no big deal to me either, specially since the game just stated anyway and there were plenty of other boxes to take stuff.

Also, after the guy went down (octane who's 1 gun i looted from his box) also complained because I revived team mate before him also 😂. I think he was just one of those team mates you hate to play with. 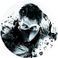 I would also leave!

Never loot me if the fight is over, and I can get my stuff back. And if it happens accidentaly you can put it back in there. It's hard to survive without any stuff when you drop back in, and if there is a possibility to get it back, well then I would like to have it... you can still ask for ammo. Otherwise what's the point or respawning if I can't fight and help the team.

You see the death boxes of your mates on the tiny map (radar). So to say I didn't recognized it is kinda lame. I also always look before I loot. It costs you what, a millisec. come on.

And even if you loot your mates, in 99% of the cases, if the next squad comes after you, you are probably dead. Most 1vs3 survivers of the fights are at the start of a match, but not later. Even if you have a red armor, you still can't kill 3 people with let's say blue shields, if all three of them were pushing you.

1vs3 wins, later on, is just luck, or the opponents are dumb and attack you one after another cause they were spread out to far.

If they close together, there is no chance to win that fight. But I guess people always hope...

@II-LAZZARUS-II So without saying anything you leave? No chance for someone to correct their mistake? It happens to everyone.
Message 16 of 32 (72 Views)
Reply
1 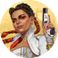 @II-LAZZARUS-II If second squad comes in, you grab what you can and leave. And since you will be going away from that spot, teammates stuff doesn't matter anymore. Enemy is gonna take it anyways...

@hayhor Exactly, why not ask your squad mate...hey could I get my purple mag back? Or whatever it may have been.

I'd give it back, and most others would too. Instead they ruin their game by leaving. It's 100% the quitters fault, the quitter with minimal social skills....and patience.
Message 18 of 32 (63 Views)
Reply
0

@II-LAZZARUS-II Sorry, but players like you is what is wrong with the player base. Everyone thinks they are the best apex player around and if you watched the video and read what I wrote, he seems to think he is the best also.

I only took a spitfire heavy bullets and a grenade in case another team 3rd partied us again.

If he asked for it back I would have given it back, its only a spitfire and the match just started so plenty of time to get loot and better stuff.
Message 19 of 32 (57 Views)
Reply
1

@Pure_Funk_Nugget I wouldnt have even cared, I would have just been happy to come back, it was early in the game and I only took 1 gun and ammo and a grenade.