How to make Nightcap a Stealth Character; Rework Ideas 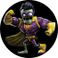 Nightcap is advertised to be a stealth character. She has 1 stealth ability, 1 support ability, and 1 really bad ability that only works as a tech that’s combined with shadow sneak.
Now, despite not really being a stealth character, she is still a pretty decent character. It’s not like Reddit, where they all claim that she’s too OP and needs to be nerfed just because they were vanquished by her.

Anyways, I have a list of ideas to truly make nightcap a stealth character. I won’t go into specific numbers because that isn’t really up to me. If some of these do get added in, then nightcap may need some value changes to stay balanced and not OP.

- Plants inside the bubble will no longer highlight the enemy’s crosshairs.

- The bubble will now hide the glowing ring that shows that someone is being revived.

It’s already a great ability. It doesn’t hide an entire corridor of players like soldier’s Stink Cloud, but it doesn’t offer nightcap enough stealth. This would grant nightcap just enough to be a bit stealthier, or more supportive.

- Completely change the way it functions

- Instead of charging up a spin while screaming at the top of her lungs, she will play a clicking sound and quickly teleport to the enemy within her crosshairs and dealing a medium-damaging slash. Maybe it could deal AoE?
- The slash will deal critical damage if activated at the enemy’s back.

- The new fung-fu can be activated when there is no enemy in front of her to teleport forward. Cooldown *might* remain the same for balance reasons.

- The Upgrade “Fleet Footed” will change, and allow nightcap to target an enemy that is further away.

- The Upgrade “Uppercut” will remain relatively similar to how it already is, maybe with a large cost reduction. Enemies would be knocked back in relation to where nightcap hits the enemy. Crit hits will send enemies flying away even further.

Fung fu’s only use is a technical error. To tank with shadow sneak. As much as I love it, it’s just not good for any other use. It’s not a finisher, like how it’s advertised in-game. Nor is it a combat initiator. I want to make it quieter to put more emphasis on stealth, and give it that use of a finisher or initiator. I think this rework will be great, and it rewards players for flanking and ambushing. It also opens up for more playstyles, like a berserk-cap (using critical blow to recharge both fung-fu and shadow sneak to repeatedly use this combo) or a map controller (knocking enemies into kill-zones).

- Get rid of all charges completely. Replace it with a meter that can have cloak time equal to both charges of shadow sneak.

- Ability can be activated regardless of the meter’s length.

- If ability’s meter goes to 0, the ability cannot be activated again until the meter is full.

Shadow Sneak is the only true stealth ability of nightcap. I want to give the player more control over shadow sneak to really let players have a better time flanking the enemy. This rework was inspired by Team Fortress 2’s Spy class, arguably the pinnacle of stealth characters in a multiplayer video game.

- Nightcap will now have an eyeball icon right next to her crosshairs.

- If she is in the line of sight of an enemy, the eyeball is open.

- If she is invisible to the enemy, the eyeball stays closed

That passive was something I was rather iffy on. It’s incredibly powerful, and would probably give a reason for nightcap to have so many complaints on Reddit. But dangit, it sounds so cool. Maybe it could be a new upgrade that takes a lot of points? Having it be an upgrade would keep it balanced.

Welp. That’s all I got for now. Let me know what you think! I’d love feedback from either Devs or Fans. If most of this feedback is positive, I’ll try to come up with some other ability reworks for other characters.

@YaBoiMattyK As you said, Nightcap is a decent character. Not too OP and not too bad.

Casting Shadows is a pretty good ability overall. It hides teammates and it's also a defensive tool to hide if you fought multiple enemies and need to heal again.

You want it to provide more stealth? In what way? I think the ability is in a right spot. Do you want damage reduction inside the bubble? This would be OP imo. If you leave the bubble as Nightcap, you gain stealth and increased movement speed for a short duration (3 seconds). This would be a nice quality of life addition to Casting Shadows, but not necessary.

Now, that's defensively speaking. Let's look at the ability being used offensively. If you throw Casting Shadows on a zombie, they will be stuck in the middle and it's incredibly hard to get out and thus a ''free kill''. Zombies with movement abilities will obviously get out easily. This is fair. You use 1 ability and the enemie uses 1 ability. NOT to forget, you are able to THROW Casting Shadows. Be happy about this factor. If you think about it, it's pretty insane..

Anyways, let's go on to Fung-Fu. You are completely correct on the fact that it makes sound. A ''ninja'' character who screams as you charge up Fung-Fu. This does not make sense. I agree it should be silent.

I can't give an extensive opinion on this ability, as I almost NEVER use it. Firstly, enemies can hear it easily. Secondly, it can be countered by many zombie abilities and lastly, it just constricts your movement and free movement is the KEY to mastering Nightcap. Constantly, moving left/right jumping all around is how you play Nightcap. Actually, this is how you play any low-hp character in BfN lol.

Love the idea if you're in enemy's line of sight you get this symbol. Perhaps hard to implement, but who knows!

I agree on a lot of the changes you mentioned and I think they would make nightcap a better stealth character.

Not too sure about the eyeball thing though. Sounds like it would be too good for a passive but maybe an expensive upgrade.

I think nightcap should be a better assassin as well. In other words she should get into enemy lines, Kill someone, and get out. I think she should achieve this by dealing extra damage while she is attacking someone behind. I think this would catch zombies off guard and by the time they turned around they might have died already. 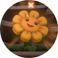 Like the idea of casting shadows being better at hiding plants and the revival circle as I prefer using it for support.

One thing that baffles me about this stealth character is that she has a primary for crowd control with its big hitbox plus the piercing and I like to see it reworked in some way like with the mentioned crits to the back. I don't mind the big shots because they make it harder to escape from her and think she excels at chasing people but I don't think she needs infinite pierce.

I'd like a legendary upgrade that replaces fung fu.

something like... Shadow Daggers, it requires you to get close, where if you hit a zombie from the front it does maybe 65 damage and if you hit them from the back it doubles. And to make it something like roses thorn apart where you have to charge it to use it, either through stealth or vanquishes.

@ShinobiCap Like your idea. Allow the Nightcap to do more damage from the back and less damage from frontside.
Message 6 of 10 (322 Views)
Reply
1
Highlighted

I’ve always thought that a good way to improve Fung Fu would be to reduce it’s startup time and massive visual cue, improve its damage output, but reduce its radius a sizable amount and give it a slightly different but still noticeable audio cue. This would allow it to be able to be used as a more viable takedown ability against one or two tightly packed zombies more effectively than it is currently, but not so much so that it’s unavoidable (escape abilities still exist) or broken. It could be given a slightly longer cooldown as well to accommodate for the higher damage output.

This way it could be effective at more reliably taking down a single target or two as a backstab ability since it still requires sneaking up on them, instead of throwing yourself at a group of enemies hoping to take at least one down with you in standard kamikaze fashion.

@ShinobiCap That sounds great! I want a legendary upgrade that enables Nightcap to actually punch a zombie and deal a lot of damage, just like Super Bean's Cape twirl.
After all, the trailer states: "Punch a zombie in the teeth with super-sonic speed" in the section on Nightcap.
While this line plays she is shown insta-killing an Imp with one punch.
Message 9 of 10 (145 Views)
Reply
0
Highlighted

@YaBoiMattyK I like the idea of hiding the revive outline in Casting Shadows but think it would be better if it wasn't in Nightcap automatically and should be part of the Incubate upgrade (makes revives faster in it). I think that's better so it gives the upgrade more value and has the consequence of requiring two upgrade spaces in order for this to be possible.
Other than that, I agree on how you'd fix Nightcap. If there's one thing I would change is the damage output; 17 seems like too much for her and maybe making it deal like 16-15 would be balanced.
Message 10 of 10 (113 Views)
Reply
0
New topic
Twitter Stream