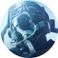 Also what about domination? I really enjoyed Twisted Steel in domination.... they should add more squad conquest maps or add back domination as well....

Here is a statement from the Battlefield Community Manager regarding why Frontlines and Domination were removed. I shortened up the post a bit, if you want to read the whole thing you can check it out here.

Over the past several weeks, we have given a lot of thought to the topic of how many Game Modes are presently available as fixed residents in Battlefield V. Through both our own deliberations and careful review of the data available to us, we’ve decided to remove the dedicated playlists for Frontlines and Domination. This will take effect this week.

Both playlists are highlighted as being significantly less popular, and a lot less populated when compared to more established modes like Conquest. Our preference is to ensure that we are adding to the fun rather than creating frustration, and that the always on game modes in Battlefield V meet our own expectations in terms of quality.

We’re now going to be more proactive in removing the modes that don’t meet these standards, in favor of instead investing more resources in both featuring, developing, and improving newer and refreshed experiences like Rush, Grind, Fortress, and Outpost.

We believe that fans of Domination will be best served through Squad Conquest (which will be expanded to include Mercury, Narvik, and Devastation this Summer).

Frontlines will continue to exist in Grand Operations, and will still be joinable as a Grand Operation mode via the Server Browser. We’re currently exploring the possibility of redesigning Frontlines and reintroducing it at a later time, as well as cycling the mode back into the game via Tides of War. We’ll look to follow up with our thoughts around this in late June.

It's popped up a few times in the comments and so just wanted to flag this here for more to see. Regarding Frontlines and Dominations - it's absolutely our intent to have these as options in Private Games alongside modes which have previously featured. I'm completely sensitive to how this news is presently being received, and this addition isn't designed to distract you from your feelings on the topic, it just occured to me that in the process of combining the updates into a single thread that this line had been omitted and so wanted to volunteer that in a fashion that exposed more people to it.

You can buy them the week after on the weapons screen

There is one simple reason why I liked frontlines more than breakthrough: half the people, half the chaos. Strategies actually worked and you could have an impact. Not really with 64 players. This play amount needs bigger maps.