Welcome to the Grand Soirée!

You can find a quick summary of the event, some bug fixes and some balance changes (Crypto drone buff woop!) in the main post here!

Let us know what you think (or speculate on what the Energy Mag changes mean) below!

A big buff for crypto and a small one for Gibby, sounds fair.
The wraith nerf is a bit much but let's see how that plays out.

The havoc/devotion have now the same ammo as if it had a level 2 mag.

Not bad, think that is a nice change, makes them even stronger in early fights but I'm fine with that.

Do I see Private Servers for big tournaments, that's a really nice change and a lot more content that will be coming out.

@EA_DavidThis is the first time, in however many hears I’ve had this EA account, that I’ve actually been motivated to voice my frustration to a game update! The Wraith nerf was not needed... no one was complaining about her. I don’t understand the logic - what was the reasoning for this nerf? 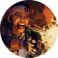 @EA_David This time we made a mistake and shipped a change that wasn’t intended to go live until Season 4.

What exactly is this sentence a reference to? Is it the extended energy mag removal or something else?

About the energy mags, what is the ammo capacity for the Triple Take now that we don't have extended mags? Only the Havoc and the Devotion are mentioned.

I honestly totally agree, I have never posted on any forum for any game for changes but this nerf for wraith feels excessive while gibby I feel as well did not need another buff...why the change? 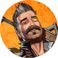 @EA_David I disagree with everyone in here saying the wraith nerf was unnecessary. While the nerf was unexpected, I think it will improve the QoL of gameplay. The wraith's ability to escape fights was very annoying/frustrating; this will help balance that out.

All of the other bug fixes and nerfs/buffs are all right on the mark as well.
However, I am still waiting for a slight buff to the Mozambique (mag size or damage) and P2020 (non-hammerpoint damage) to make them more viable weapons.
Message 7 of 49 (2,352 Views)
Reply
1

Event seems to be working out just fine, but I only have one nag.

I'm part of a community of 10-20 people, and we've always been
wanting custom games to play with only our friends.

Sadly, the tournament games are good and all but will there ever be a public version of such a feature?
Thanks!

el Oh el. More wraith nerfs.....can’t believe Respawn. Nerfing and buffing characters based on usage rates is truly a bad idea. In order to successfully nerf and buff characters using usage rates you would also needs to understand why the person chose the character. Since you dont know why the the nerf or buff is just done through pure assumption and you know how assuming goes.