I've been dragged into this game barely three days ago by a friend with whom I was discussing lockdown boredom. When I objected I hated battle royale games because I always end up dead mere seconds after touching ground, then I have to queue for ten minutexs to get in another game, he told me it was a team game and queues are very short and so he picked my interest. Coming from single player battle royal games, I'm used to treating other players like used paper towels, so I'd like to inquire about gameplay etiquette. Mostly I'd like to know if it's considered rude to disconnect from a match when you die permanently (bled out and banner not picked up in time), but i'd also like to know if there are some less obvious dos and don'ts. 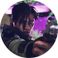 @Pseudolo its fine to leave if you cant come back. Dont loot teammate loot boxes stick with your squad dont leave when down. Dont take stuff thats been dibbed unless its a certain situation. Also dont troll people and dont do anything stupid. Dont abuse chat voice chat. This is not a requirement in this game but please dont be toxic.

@Pseudolo its fine to leave if you cant come back. Dont loot teammate loot boxes stick with your squad dont leave when down. Dont take stuff thats been dibbed unless its a certain situation. Also dont troll people and dont do anything stupid. Dont abuse chat voice chat. This is not a requirement in this game but please dont be toxic.

Firstly, welcome to Apex & the community!

I was dragged into this game by one of my friends around 2 years ago now and I was the same as you, I wasn't a big fan of BR games.

This game in itself is heavily reliant on team play, as I am sure you are aware all legends have different abilities that help to balance and support the team. Some combinations of characters can be better than others in certain situations but due to the vast difference in the maps biomes the balance really works.

Basically, with Apex it is highly unlikely that you will see an enemy team, run straight up to them (solo) wipe them all out and then loot them. It can happen, but vary very rarely even for the professionals.

It is really important that you stick and work with your team as this is the best way to be successful and pick up wins in this game. When you grind through ranked a lot of players can solo queue and get quite far but the best strat is to have a pre-made squad where everyone has mic's and a preferred legend. You will soon learn your teams dynamic and sooner rather than later you will start to gel more as a squad and pick up more points and wins.

Regarding your question about disconnecting...

The best etiquette is to stay in the game the whole time you are able to be revived or spawned back in.

If you are playing PUBS (Public games) you will usually find that if a player goes down, or is killed they will just leave the game and go straight into another one. If you are playing Ranked games people can't do this, because when they return to the lobby they will have a 'abandon penalty' I can't remember how long it is maybe like 8-15 mins or something like that so for ranked games, players leaving is less toxic. Also, just to add a note to this... if you die completely in ranked you might still want to stay in the game rather than leave because you actually could get more points depending on how the rest of your team do.

I hope this helps!