EA_Alexander, firstly please allow me to point out that since the last “maintenance” on Tuesday 19th March, our team (all 700+ javelins) that was able to semi-confortably go through GM2 strongholds that same day before the “maintenance” and got wiped out instantly after the “maintenance”. Either you guys have knowingly changed something or you guys have unknowingly changed something by accident but I am sorry to say that some of my friends have now stopped playing completely and are now playing other games because the game has become too difficult.

I am taking the time to give this feedback because I really want to enjoy this game, but you need to stop making it EXPONENTIALLY hard because currently even people that 760+ don’t play GM3 because you are downed by single shots whilst you have to spend too much effort into bringing the simplest of foes... it is not challenging, you are frustrating all th players that I know and random players I come across and speak.

You really need to make it manageable with the power level you yourselves recommended because right now it isn’t at all.

One thing I’d like to know is, do YOU play your own game EA_Alexander? How often have you completed GM2 and GM3 strongholds since the update?

It doesn’t feel like you guys test your game before applying updates or “maintenance”...

A game is meant to be fun, not frustratingly difficult and with drop rates that are even more frustrating because too many people struggle to get Legendaries. I get 3-5 per day because I am able to play 6-8hrs per day but people with only a couple of hours a day to spare will not get enough reward to want to keep playing this game.

At the current difficulty level, you should be guaranteed to get a legendary drop from a boss on GM2 and 2 legendary drops on GM3, at least there you would have an incentive to want to spend that amount of time on ridiculously difficult strongholds to come out of with a Masterwork, not good enough, sorry.

GM2 strongholds are really not that hard. If you are constantly getting 1 shot then either your armor is bugged or you aren't ready for a GM2 SH.

GM3 is a different story... Right now any GM3 legendary opponent can 1 shot any javelin. It's pretty crazy. Sometimes frustrating but then again I'll hold my judgement on difficulty until I get a full legendary javelin. GM3 was designed to be the hardest difficulty in the game that requires the best gear. Judging it's difficulty without the best gear is short sighted.
Message 2 of 13 (300 Views)
Reply
0
Highlighted

My squad is not optimized, but we run an inty, col, ranger and storm all at 700 gear score +/- 40. We run mostly GM3 Freeplay, but break it up with some GM3 Strongholds when we need a break from finding events.

It's not that hard for the most part, the brute room in HoR can be one of the toughest rooms to clear if you don't all have ults and sometimes double ults with the component. It is very doable.

GM3 is supposed to be the hardest content in the game, it is supposed to be challenging and rewarding for the challenge. I think it should be in a good place with rewards after this coming patch and the playability is good as it is.

If someone is getting one-shot constantly they probably have the bug, any damage you take does 100% of your life and downs you instantly. It sucks. That is the worst bug in the game right now. But I could run a GM3 Tyrant on my 567 Storm in an effective weapon build without downing very much.

With some smart placemen and planned strategy things become a lot more manageable. (i.e. colossus shock coil and Solvent Green and just smashes all the little guys, ranger in ult build 1 shots elite hunters/brutes, inty debuffing and acid on big targets or keeping things cc locked down or just hacking everything with melee)

This is just my experience, but I would hate for them to nerf GM3 difficulty because as we get more optimized in our legendary drops, it is going to get even easier.
Message 3 of 13 (291 Views)
Reply
1
Highlighted

K first of all if you having problem in GM 2 you having a L2 play issue not game issue.

Is all rdy been announced that Gear score is broken and on not working after patch.

Also doing G2 + is a waste of time on the current game state. You have better chance of getting legendary on GM1 by equipping  luck statc and just doing a 15min run.

In GM 2 u have to equip items that offer armor and shield buff so you wont get kill. I got 300 + armor bonus on my colossus  and run GM2 like it was nothing but unfortunately  none of my armor bonus gear have luck bonus and my enemies dont get one shooted like they do in GM1 so a run takes like 30 to 40min.

@drakent21 Said: Also doing G2 + is a waste of time on the current game state.

i have to disagree with you here. I’ve been getting so many drops in gm2 that going back to gm1 to gear up other javelins has been difficult.

as for the thread in general. I did my first gm2 strongholds a couple of days ago. They were fun and you had to be aware of what was going on, but they were far from difficult.

@ECKHART974 just wondering, are you guys running with empty gear slots? If you are, possible they hotfixed that issue and that’s why things suddenly seemed more difficult. Kind of a shot in the dark, but it would explain what you observed.

Some of you need to read posts more carefully.

We were able to do GM2 comfortably. Maintenance happened. We suddenly got down easily. Before some of you patronisingly suggest people can’t play a game, it would be advisable not to show you can’t read, no need to say what it makes you look like.

So again, GM2 Strongholds were easy before the “maintenance” and we were suddenly downed right after.. was this an issue experienced by others?

Banfilidh, I believe you have read the post and it is a good shout but I would never lower myself to exploits like that, sorry. It genuinely felt like a bug with my armor because no changes were made to my build. Just wanted to know if anyone had something weird happening like that.

What I did say was too hard is GM3, and so have my friends - we are experienced players who would give anyone a run for their money on COD, Battlefiled, Rainbow Six. We don’t enjoy GM3, the balance between hard and fun isn’t achieved for us, only our opinion but putting it out there.

@ECKHART974 Could be health bug maybe? I ran heart of Rage on gm2 earlier. Admittedly, was my first time doing that stronghold on gm2 and I didn’t bring consumables, but I had to be revived as many times during that stronghold as I have during 100 hours playing the javelin. Did tyrant mine after that and it was just as usual. At any rate, tyrant mine seemed fine to me. Not sure that helps, especially since I hadn’t done HoR on gm2 before. 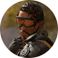 It is either a health bug or rework builds.  I queue solo any SH on GM2 on interceptor and can easily clear monsters/turrets with whatever teammates I get (some are dead most of the time); it is even easier with other people taking hits or distracting enemies.

Thanks for the response, that is what I am wondering, the fact that you like you have experienced something similar tells me there might be something happening here.

We later went back to the same GM2 stronghold on Tyrant Mine and it felt and as a matter of fact, I completed my first GM3 run on Tyrant Mine... genuinely... there is something wrong about about 3 colossus freezing an elite enforcer for 3-4 minutes and slamming for what felt like an eternity!

I still think it took a bit too long to complete the run... plus 2 of the original 4 left after the first chest... the monitor again... so we were 2 at one point... two Colossus javelins fighting for their lives...tedious!

So yes, it was an intermittent issue, weird right?

Thanks for helping buddy! 👍🏼

Yes, having back to GM2 strongolds, I was fine and as advised above I now managed to complete a GM3 Stronghold (Tyrant Mine) but I must admit it felt tedious... 3 colossus freezing targets and slaming endlessly... and that boss was a tank with heavy damage output... we went down countless amount of times for... two * Masterwork items!!!