Logical order from common to legendary, standard you did not try to reinvent the wheel.

risk/work done vs reward is nowhere near where it should be. The time spent in GM2 vs GM1 content results in a large net loss of time.

The change from masterwork to legendary seems to have no meaning at all, very little incentive to wear legendaries unless you get near perfect inscriptions

Meaningful sometimes, especially during the first few Masterwork items. Rewarding up until that point, again risk vs reward.

Quantity, give lots of drops let us sort through the stats, to keep the economy in balance reduce the chance of masterwork embers when salvaging.

Much less common, uncommon and rare drops in GM from mobs

NO common, uncommon and rare drops in GM from chests

If the economy needs to be kept in check dropping embers from chests could work, epic/masterwork ones

Legendary should feel legendary add unique inscriptions or make sure they roll with relevant inscriptions. LMG with Autocanon dmg...dropped while in an Interceptor, instant salvage, not even work keeping for other javelins

See how Diablo 3 tackled the issue with Loot 2.0 use that knowledge, see how The Division did it too. Both of those game started with massive loot problems that got solved. Use that to your advantage please...

Please don't make it like Diablo 3. Loot 2.0 turned the interesting, random, sometimes weird items into a boring guaranteed-good-loot game. A special drop is only special because it's not like every other. Diablo 3 is fun, sure. But loot 2.0 went way too far in my opinion and catered way too much to the super impatient. I mean you can't walk 10 virtual metres without getting a legendary nowadays ...
Message 4 of 369 (17,460 Views)
Reply
7

I felt it was fine all the way up to GM1 and got a full kit of Masterworks and a few legendaries, must have had over 100 masterworks now, yes I played a lot.

But what I can say I have no masterwork with a good roll on it, max is 2 good ish inscriptions, the number of MW I trashed as it had multiple ammo % increase.

They need to adjust the pools so only 1 or 2 from each type and try to make them more specific to the item it is.

Also currently no way to re-roll most items via crafting and far to expensive 25 MW embers for 1 roll and with the way the inscriptions are it is not going to be good.

I've been playing since the 15th and i love it. I've found some legendaries, not enough to make them feel too frequent but the right amount, plenty of MW once i started GM1 and started putting some Luck on my gear.

You still get trash but so?

Gear can have useless stat rolls but so? Means refining them is harder, do you want to be fully max geared in a week or two? Seems pointless, you wanna play to get to the end so you can stop?

I'm slowly upgrading, GM2 doesnt feel like a bullet sponge anymore because you realise the rare items you want so bad are rare for a good reason, they are pretty insane. The reason you can't handle GM2 yet is because you just haven't earned it yet, simple.

I'm loving the effects certain items are starting to have, almost completely changes combat coz you start to get these amazing abilities. People want these to be easier to earn, but it wasn't very hard for me, just took a bit of time, time which was well worth it once i saw how good the legendaries can actually be.

What do people want? More chance of getting MW? Better drops or only stats that are "good" for them?

Seems people just want to make it easier to get geared up and to me that is just being a chicken. Cater to these chickens and the people who play the game properly, the ones who keep the game alive more than anyone, won't like it much unless they are also chickens.

Also, i got most of my stuff completing strongholds/contracts on GM1/2 - not from farming chests. The chest nerf to me didnt make getting loot any harder, and it was necessary.

Go to Freeplay on GM3 and go find some, you'll still get pretty great stuff especially with some Luck on your gear. If they didn't nerf them it would be way too easy to get gear you don't really deserve yet.

Go and play the game, instead of complaining that you have to play it to get good at it.

Thanks for reading and thanks for the wicked system you already created, refined and put in place Devs

I like that Legendaries exist to give even better/near perfect stats than Masterwork items.

I dislike that inscriptions are near worthlessly broken.  I don't like how every Masterwork's stats are exactly the same, I feel there should be more variance to perk percentage / Damage (ie: 150% - 250% increased damage, instead of a flat 200% on it each and every time.  On top of inscriptions actually being useful of course.)  I dislike the nerfed drop rate, 1 - 2 Masterworks per hour is a waste of time.

When you are getting a satisfying number of drops, with the possibility of items being good or even great... right now, nope.

I mean, at least you can't get much worse right?  Read Travis Day's post, and take advice from a Diablo 3 veteran: https://www.reddit.com/r/AnthemTheGame/comments/ato54p/reward_structure_issues_and_ideas/ 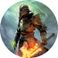 Coming at this with about 60 hours of in game play now, I really feel the early progression is great. Both in terms of the experience and the loot. This applies all the way up to those 20's when you see your first epic drop. You really go from taking dirt naps to laying down the hate and destroying content.

While the early experience is great, the late game experience is not. First, the random rolls you get on items are just silly! As someone already posted, my interceptor had a MW item drop with TWO of the inscriptions be only colossus useable - %ammo for autocannon and %dmg for grenade launcher. And no, this isn't a universal item that dropped. There also does not seem to be any bonus modifier for higher level gear.. I have a rare colossus heavy shield component that has +24% armor to my javelin...then on the flip side, I have a MW heavy shield component that has, seriously, a +8% armor stat.

Next, the reward vs risk isn't there. There is really no reason to do anything passed GM1, except for the sake of completing them. The benefit from the time it takes to compete GM 2 & omg GM 3 is significant and with the silly random rolls on gear, chances are you are immediately dismantling what you get. Furthermore, why the heck would anything below MW be on the loot table for GM1-3? Seriously, Epic gear (unless it had insane rolls on stats) is not your path to doing higher-scaled content.

I also dislike that if I do pull in a really good roll on an item that i can't level it up. Be nice to take that rare heavy shield component and turn it into a MW component......

As I said, in the early stages it really does feel good and don't think it needs to change from pilot level 1 - 20ish

Better loot drops for GM1 and continues to scale through GM3. Need to get rid of anything on the loot table that is below MW and further increase legendary.

Make legendary's feel legendary. Right now they aren't that much of a bump from MW, so kick them up even further. Because when you get one (as rare as it is), it should feel great.

Make the inscription rolls aligned towards the Javelin you are running with. It's just broken as it is.

Provide a significant bonus or a really high minimum on gear  inscriptions as it scales in power - for instance, using %Support speed, on rare it's a min of 18, Epic it's 22, MW it's 30....

Let us have the ability to change at least one inscription on our components/weapons - make it a high cost...but give us the option.

Scrap the idea of having to end the expedition to see your loot. Just no need for it.....

Allow us the ability to delete unwanted drops during excursions. Having to pass up a MW item because I can't delete those common items is an utterly poor design element

GM 1 through GM 3 needs to feel better. The kick in the face from GM 1 to GM 2 is substantial and I agree with another poster here that maybe a GM 1 - GM 5 would be much more rewarding experience... 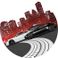 First of All, THANK YOU for this. I truly hope there will be more active attempts like this thread to focus on community feed back. Please see answers below: