Elysian Chests are a disaster. So are cosmetics

Elysian Chests are a disaster. So are cosmetics

The one cosmetic type people want (armor) isn't something you can get from these cosmetic chests. I personally haven't gotten a single thing from those chests, despite opening like 10 on GM3 yesterday and none of it can be found anywhere in my cosmetics. Some friends who ran the Strongholds with me on GM3 got nothing but Embers and other mats. This is junk we can pick up on the ground in Freeplay without even shooting your gun. The loot from the chests don't warrant the time it takes to get a key, or the time it takes to do a Stronghold. Better off doing Freeplay, even with patch 1.0.4 causing Embers to replace actual loot in World Event chests. And if you want to collect all the items in this limited time Elysian event, you're at the mercy of whether or not other players in your squad use a key. Feels like a gimmick. At least 1.0.4 made good changes to Components and gear/abilities. 1 step forward, 3 steps backward.

And where are all these other cosmetics? We know they already exist. They'll be put into the Featured Store over the course of Anthem's lifetime, like Bungie did with Destiny. Just release all of this stuff, WE WILL BUY IT and BioWare can make more, AND WE WILL BUY THAT STUFF TOO. Just look at the sheer volume of stuff they are holding back to give to us piecemeal. Look at the slider bars and how much more stuff there is that isn't even in these pictures. 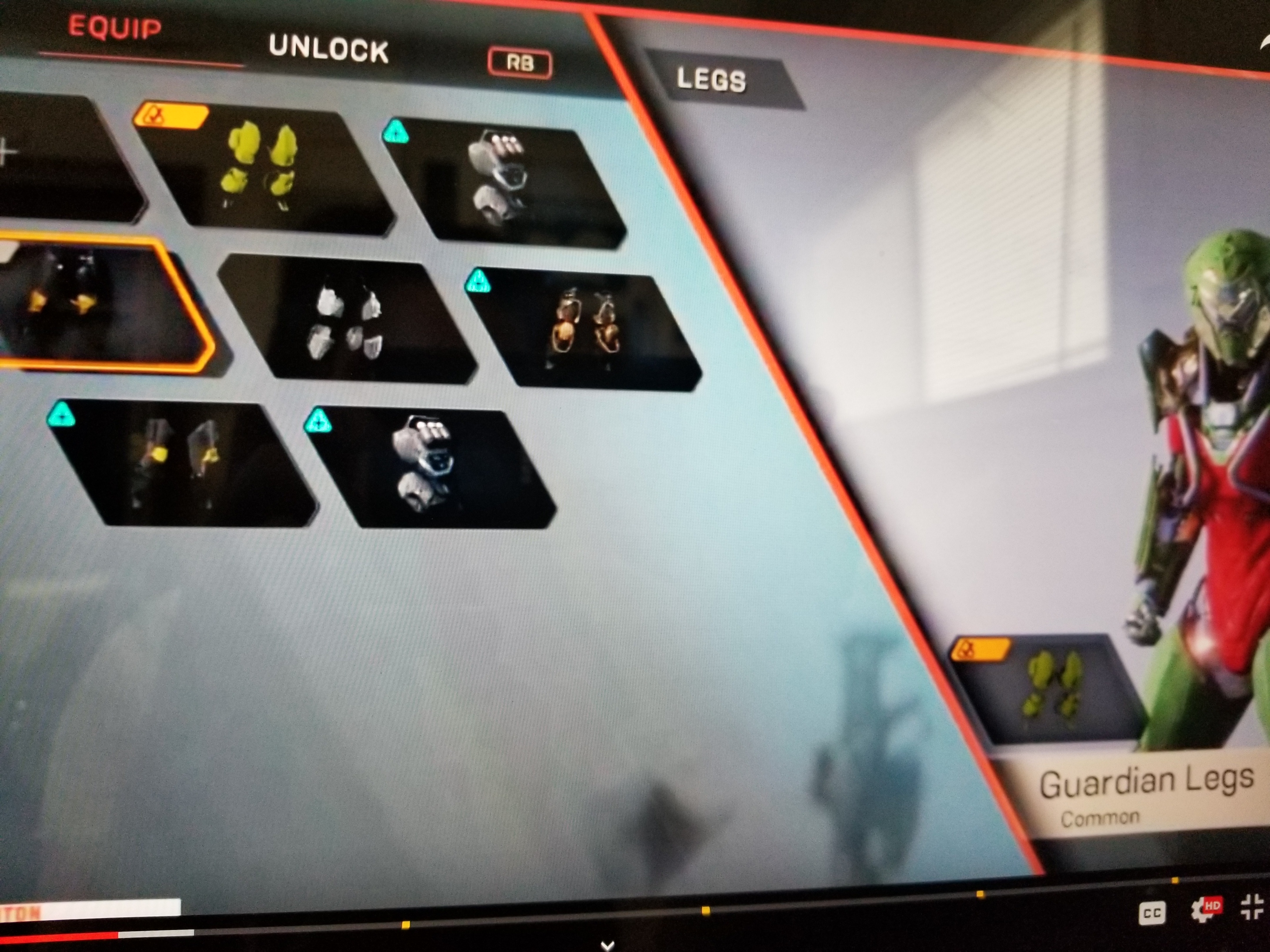 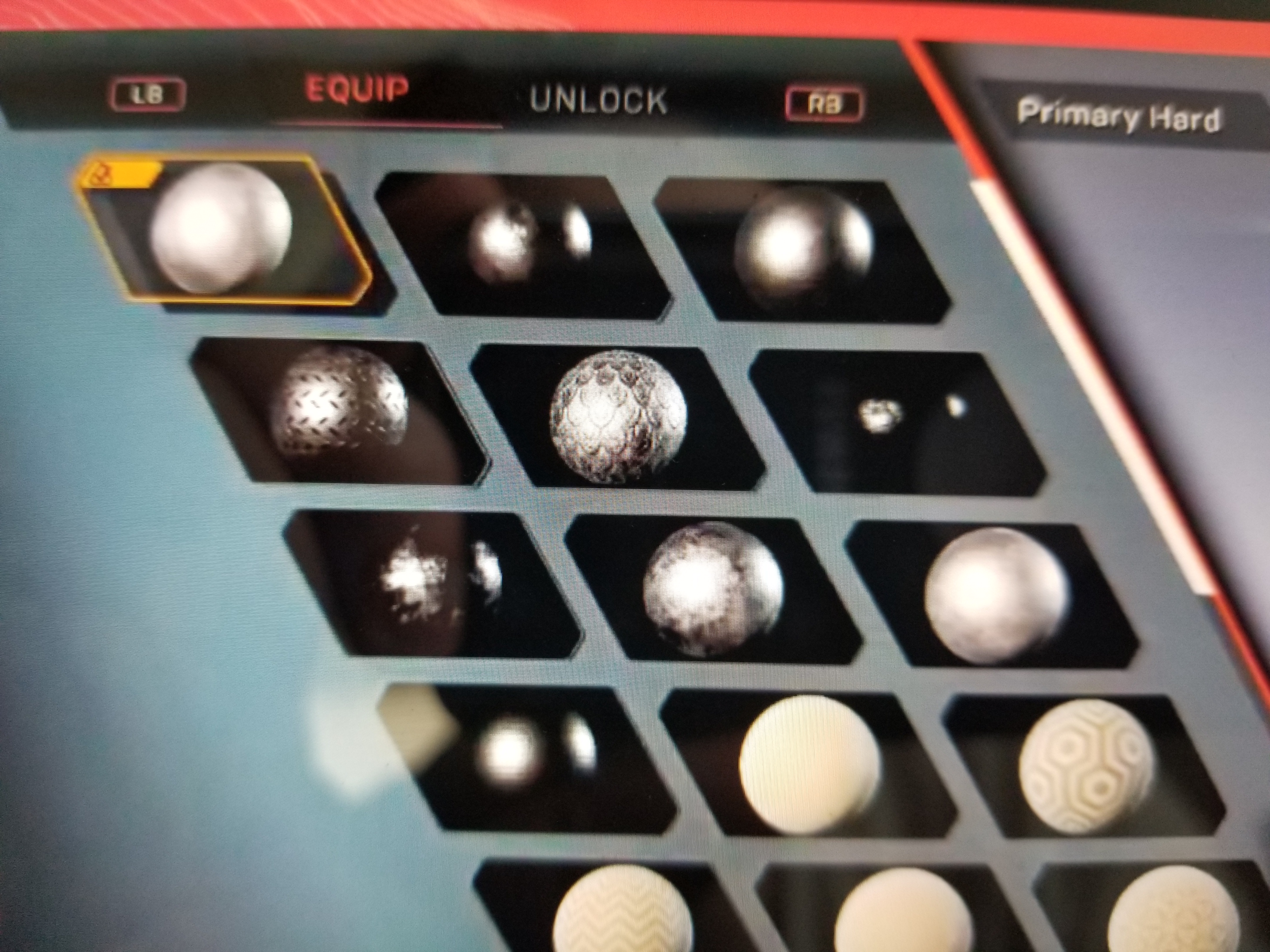 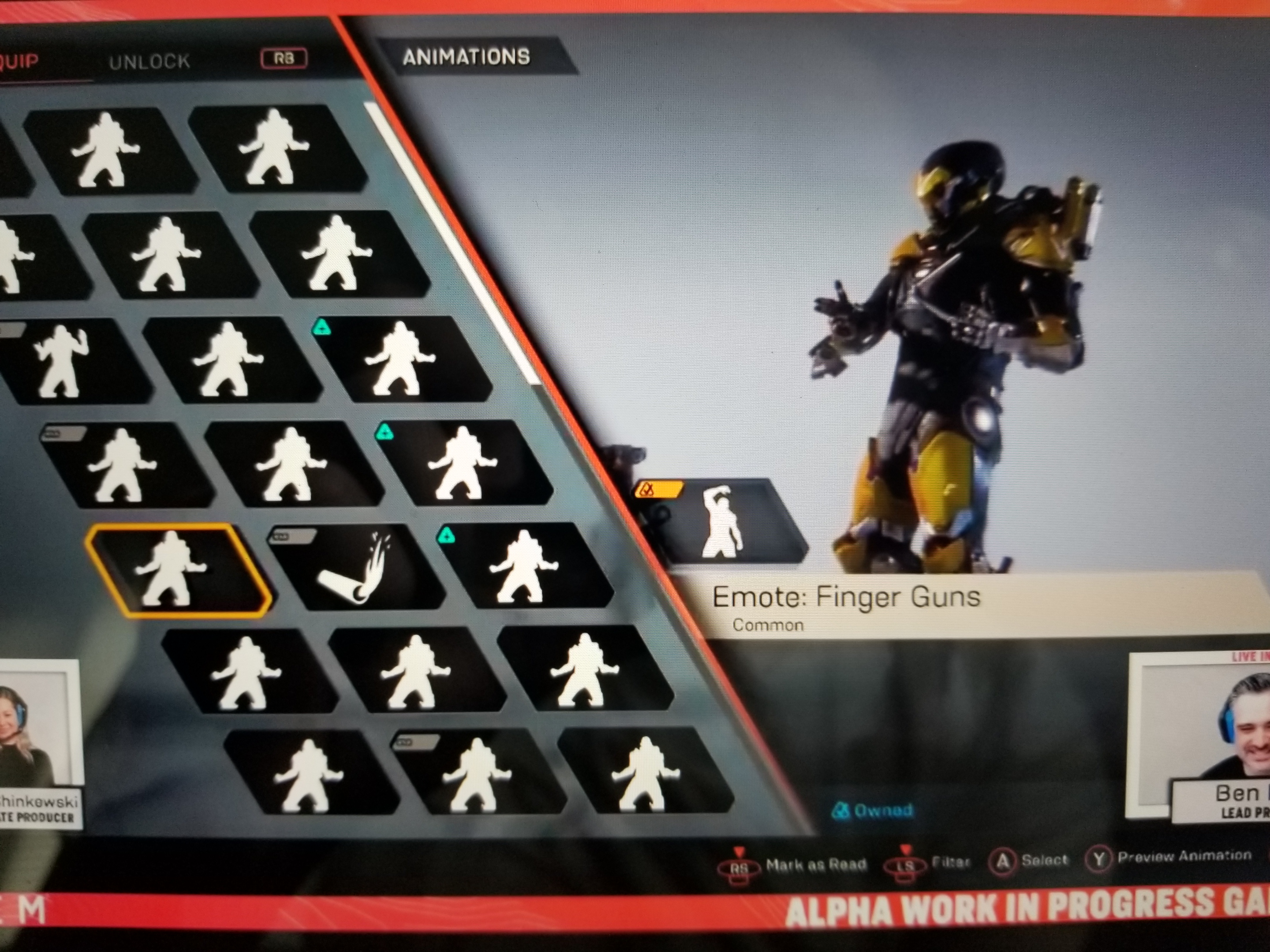 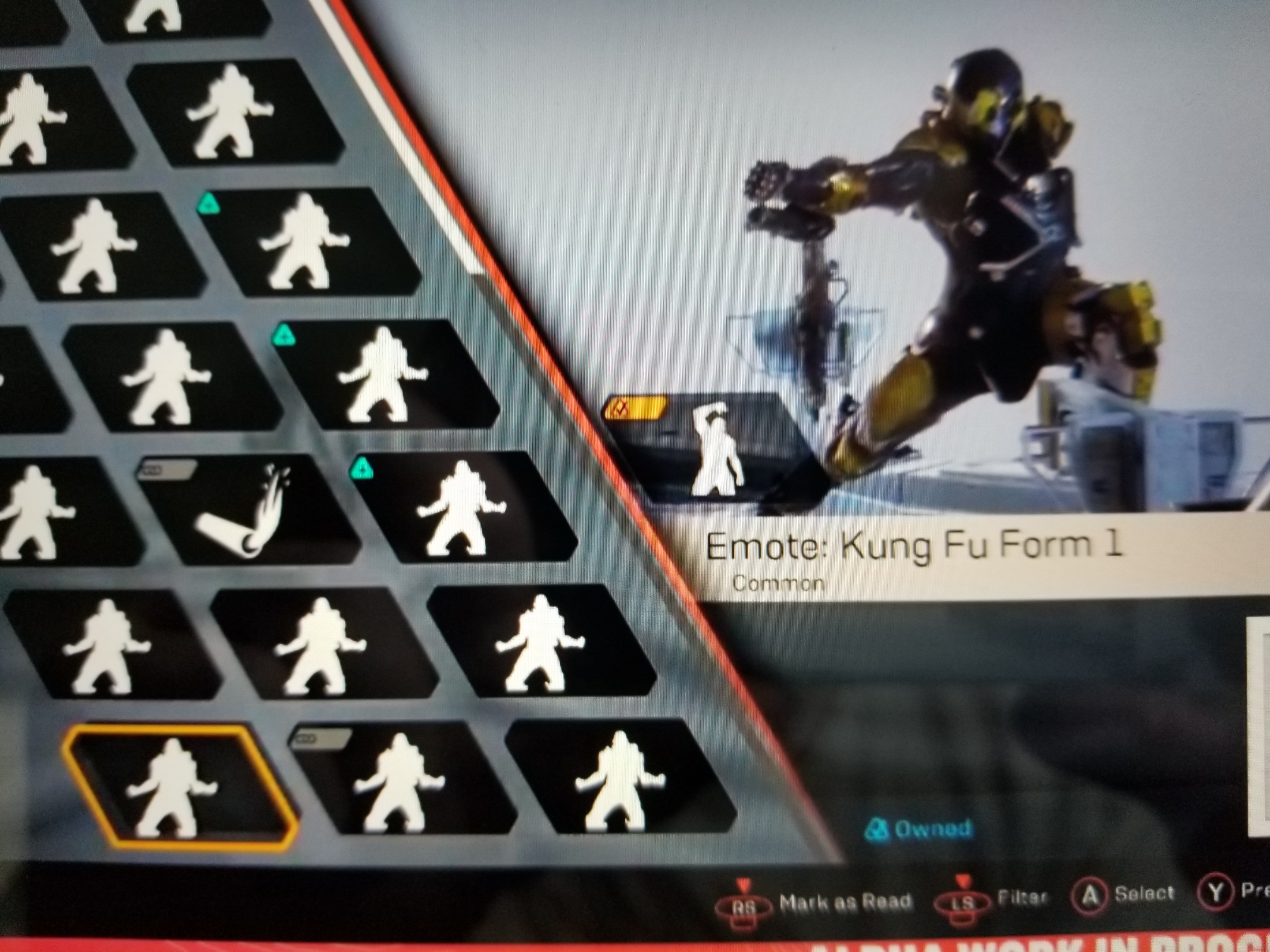 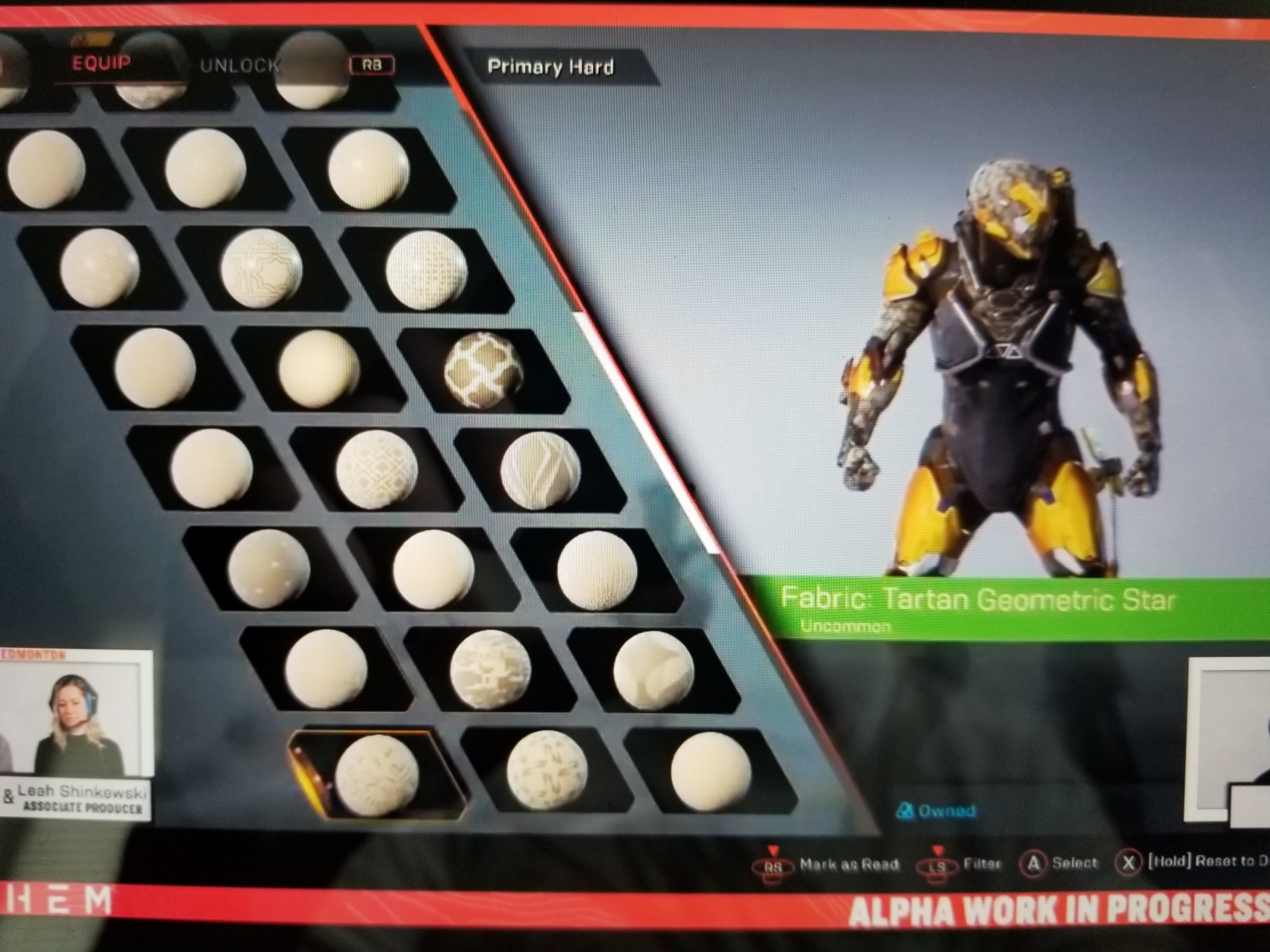 
...despite opening like 10 on GM3 yesterday and none of it can be found anywhere in my cosmetics.

Which were the 10 items you got?

Most of the others are Vinyls.

Mostly following BioWare and Star Wars games. Old timer. Helping out here does not mean I work for EA so I don't have all the answers. Also hangs out on BSN.
Message 2 of 5 (227 Views)
Reply
0

I don't remember the names, but I got some fabric print types, decals. an emote, and some Embers

I’ve gotten one fabric (pretty nice, actually) and several decals. All showed up by logging out out and restarting the game.

I’m sorry but these rewards are the equivalent of me sending my kid to the dollar store for toys , entertainment for a moment but pure utter junk! It’s hollow , it’s not exactly what people want , it’s a distraction , it’s low quality and I love this game , I want it to succeed but I’m being real with myself. Want to impress us with a chest give us legendary, give us appearance armor, give us Mellee weapons to equip , give us a purpose to gear up. Don’t give us a pink arm patch and expect us to be like OMG Bro this is awesome! Unless 10 year old kids is your target audience, they might be amused but your losing the grown ups here , we don’t do dollar store toys anymore.