im actually just finding out about this and I’m pretty upset. There’s different styles so what’s the point on not being able to keep your HARD earned 0.2% community reward. I pushed so hard to masters this season and I absolutely will not be putting my friends and myself through that mental stress again all for somthing that NONE of us get to keep...I just don’t see the point. I should have just gotten to diamond back in season 2 and never touched ranked again I guess. Long nights wasted for a 90 day beam trail when others are grandfathered in for LIFE, which is cool they should get to keep what they worked for, so why can’t I?  My salt is real with this one.    It’s not like it even says in game it’s a temporary reward! It’s only stated in the devs season 3 rank reward patch notes\ breakdown. I pray this changes but knowing my luck it won’t 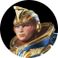 Dive Trails don't mean anything and weren't special anymore. I in fact turned mines off because people for some reason think it's a good idea to land 3 man on a diamond or predator trail.

Turning this off prevents that from happening.

wait, people only get them for 3 months? why?

We’ll be giving out gun charms, badges, and dive trails again based on the highest tier achieved this Ranked Series. However, from here onward, dive trails will be temporary for all future series. This is to help alleviate the visual space when everyone is dropping to the map, because as it stands now there would eventually be too many trails and they would lose their meaning. For example, if you place Apex Predator in Ranked Series 3, you will have the Apex Predator dive trail available for the duration of Series 4, then it will be removed. Players who earned any dive trail in Series 1 or 2 will be grandfathered in, and will keep the trails forever. We currently plan for a set of 4 dive trails that return in a cyclical fashion every year, so for example, players can get the chance to earn the same dive trails in Ranked Series 3 and in future Ranked Series 7 a year from now, while another set will be available to earn for Ranked Series 4 and Ranked Series 8, and so forth.

In short: they don't want too many trails as they would love their meaning.

In my very own opinion, the incentive to get to Diamond Rank has been drastically lowered now that players only get a dive trail in Masters. It seems like a bad decision to me.

I am however not certain what to think of the temporary trails.

@DYSPROssium Yea I get it, just never ever grinding for it ever again and weirdly enough this makes me wanna walk away from the game as a whole. If this was a solo game I wouldn’t mind but it’s to much work for my friends and their adult life and mine as well. Ea want people to be so committed to this game.

Saying everyone will have trails is so untrue is insane. Masters rank and up was revisited to be .2% of ALL THE PAYER BASE. How would .2% of the player base achieving a drop trail every season end up in EVERYONE having drop trails that it becomes cluttered. That’s legit not mathematically possible with the requirements it takes to get a trail and how few people reach that level.

Idk it just sucks and I guess I have to swallow it. But I’m never playing ranked ever again after this
Message 6 of 23 (17,296 Views)
Reply
7

LOLZ wait what? Only for 3 months?! XD what kinda baloney sandwich is that XD. So you literally sweat, tighten and keep your bum clenched for hundreds of hours grinding your way to and through ranked to get to predator & master. Only for you to keep it wound up tighter than a spring if you’re one of the lower predators and fear of getting bumped, only to get a ‘pretty line of dust’ so others can revel in your achievement... just to have it taken away after 3 months?! And the reasoning is ‘no clutter’?! XD. Well those 2 things combined are more butt clenching than going through the ranks XD.

oh, i guess im not doing any more ranked matches! lol it sucks to begin with on Third Party canyon and constant lag

glad i got the season 1 diamond trail atleast ><

@Koochi-Q this!!!!!!!!! this comment perfectly understands what im saying as a player who isnt exactly an apex predator and a squad to grind with consistently. its so much HARD work that i cant justify doing it without keeping my earnings. im just gonna pubs and start looking at other games a bit more i guess. i just wanted a perma trail so bad and if thats no longer possible...idk
Message 9 of 23 (17,244 Views)
Reply
4

Re: Dive trails needs to be permanent, please!

@JimmiePitts I turned off my diamond trail anyway so does my friends, people tend to grief that much whenever a diamond or pred break from the jump, it's no fun lmao.
Message 10 of 23 (17,230 Views)
Reply
0
New topic
Twitter Stream