CEO: EA just called they want to make monetize this season as much as possible.

Design: alright well by spending more time on this game they will obviously spend more money on this game and not quit.

Devs: we can do that.

CEO: EA just called again they are quite pleased with what you did.

Devs: thank you sir, but ah this guy on the forums we have setup that we never look at, guy by the name asukojo caught onto what we are doing, he spread the word.

CEO: Get to the point.

Devs: Fewer people bought our BP because this guy started warning everybody, and fewer people have the BP due to it being cut from EA play plus.

Devs: well people arent buying the pass therefore taking out the need for them to play everyday meaning they will buy less products.

CEO: well design team you are not getting a bonus.

CEO: well its already done lets just hope we all dont get fired and replaced with EAs people.

@babyaga239 Nice one but you forgot the lines in between xD. But it’s in Asukojo’s ballpark of goodness so well done. You guys need to work together
Message 22 of 38 (167 Views)
Reply
0

@babyaga239 Nice plot, love it, gave you XP as promised !

@hayhor I know thats why im replacing @Koochi-Q fanta with it.

What is happening to Battle Pass dad ?

My friends pissed off  to me. They said they already played for hours, but still not leveling up.

I tried it and it's same thing, it sucks. Is that another bug ?

CEO: I'm the bug, I made another bad bussiness decision.

CEO : Yeah, I will set up emergency meeting now.

CEO : I honestly can't sleep, let's fix this quick. What is your idea?

Dev: How about reduce number of stars from 10 star to 5 stars/level ?

CEO: That's will be too fast.

how about just change one parameter, reduce 10K to 5K/star ?

Dev: That's easy too, but it might not be sufficient and people might still pissed about it.

Dev adjusting a variable called "difficulty" from hard to easy, and star variable from 10K to 5K, DONE !

CEO: Thanks guys, you're awesome, glad we have you in my team, now I can go to sleep. Zzzzz 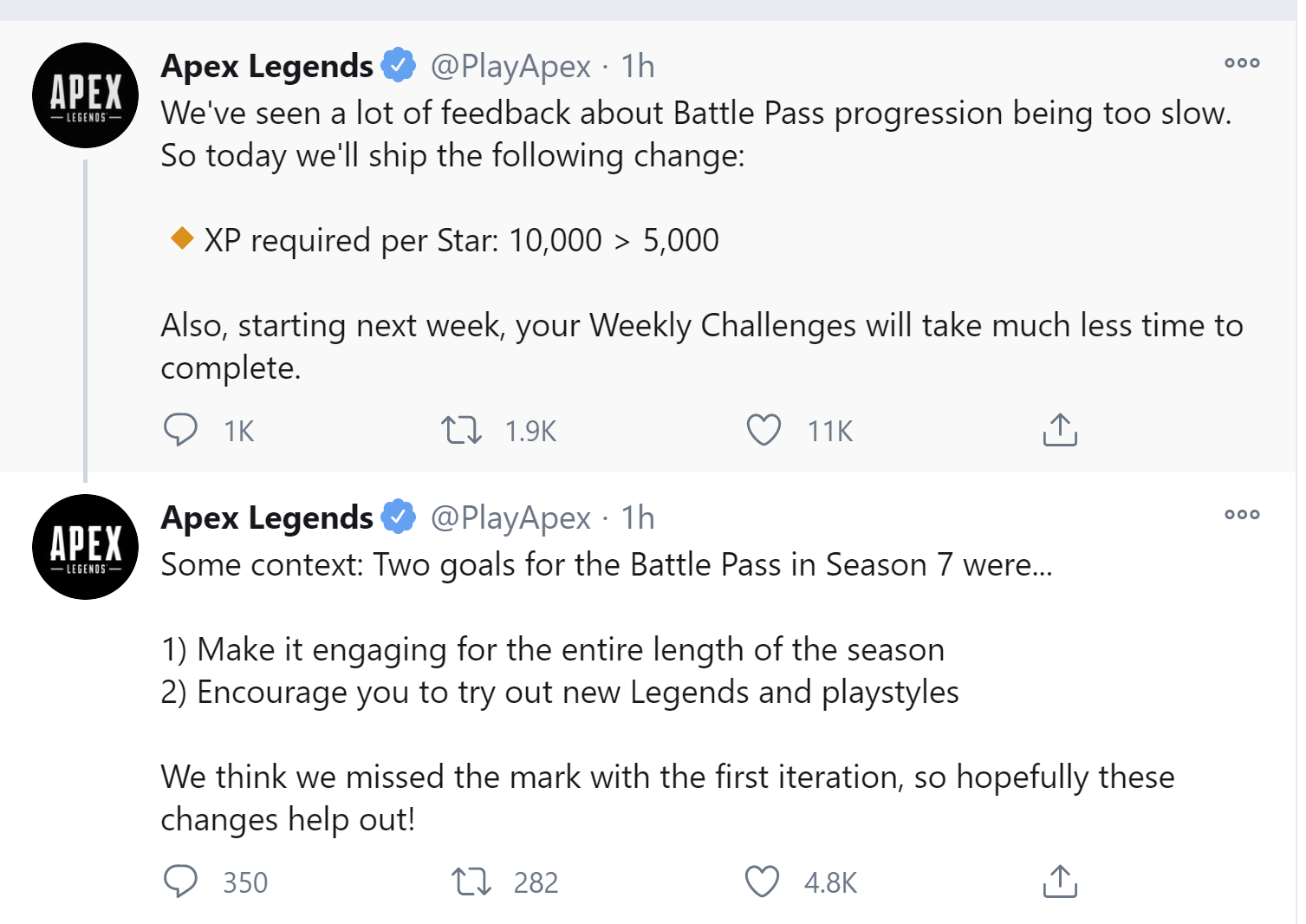 After the phone call end:

Design : But no sure it's good to have such CEO leading the team, he made so many bad bussiness decison.

He is lucky we always cover his * everytime he made critical mistake every season !

QA    :  Agree, after so many sleepless night, the community still mad at us, this is just ridicilous !

Sales  : Looks like we're not going to get big bonus this year.

@babyaga239 well a heart stroke will do it, after that amount of sugar in Fanta each day, or diabetes...choose one

@asukojo This is the punchline I was looking for! Great one.

You deserve a raise. 1 XP for you good sir.

@II-LAZZARUS-II yet I’m healthier than a horse on steroids! Fanta buffs you like Loba!
Message 29 of 38 (82 Views)
Reply
0