Hello. Excuse me for disturbing you. I had a request to submit to you.
A few months ago, I got sick and unfortunately had to stop playing for quite a long time.
As a result, I missed 2 seasons and a lot of events, so unfortunately I couldn't get the cosmetics I wanted at the time.
I really wanted to acquire these objects even if they are virtual because Apex is my favorite game and I feel a lot of fun to collect them.
If you could find a solution to my problem or put me in contact with someone who could (Respawn for example), I would be grateful.
Sorry to bother you with my stories and thank you for your attention.

P.S: sorry for my imperfect english 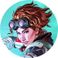 @Assuen You won't be able to get the Battle Pass rewards or the earnable cosmetics exclusive to an event as far as I am aware. As for the event store items, there is no time frame given for their return. Maybe they will return or maybe they won't. No event store cosmetics have returned to the store so far tho. And I doubt any dev could be of help in this particular problem.
Message 2 of 9 (272 Views)
Reply
1

If you are talking about Event limited skins, they may return in a future event or promotion. So there might be a chance that you can unlock them in the future.

Event exclusives & battle pass exclusives will never return again so you'll not be able to unlock these skins ever.
If you missed them and won't return back into the shop.

If you missed any skins, I'm afraid you'll not be able to own all Apex Legends skins.

Need help? Mention me with @Zeelmaekers!
Having technical issues with Apex? Check out this Troubleshooting Guide
"Alone we can do so little, together we can do so much. #AnswerHQ"

@Assuen Here is something you can do to play with some of those skins. If you have friends that has them. Just ask them if they will skin the gun for you. I have a friend who likes some of the longbow/99 skins I have. He’ll drop his gun I’ll pick it up and change it to my skin for him.

Thank you for your answer.

That makes me sad to hear that because i play not only for the gameplay but for the collection aswell.

Now, i don't have any reason to keep playing knowing that. I didn't have the choice to stop playing cause of my health and i am feeling like punished again.

I am very sad and frustrated and i hate myself. Thanks a lot for your support.

Have a nice day.

@Assuen
We used to play Medal of Honor: Breakthrough Multiplayer, Unreal Tournament 2004, Quake III, Counter Strike 1.6, Call of Duty 4: Modern Warfare and other old games WITHOUT ANY COSMETICS without Battle Pass and having a lot of fun and you're telling me that you'll stop playing Apex Legends because you didn't get some skins...

What are we doing anymore?
Are we playing to have fun or are we playing just to get a cool skin?
The Battle Pass and challenges might feel like a chore and it takes time to finish it but i'm enjoying the gameplay solo or playing with my friends.
Bad things happen and not everybody has time to finish the battle pass and get new skins but i'll still play Apex.

Also, they give you the option to first level up and later buy the battle pass and receive all the rewards up to your current level for the season.
Move on to Season 5.

or quit Apex and play Fortnite, Cod: Warzone until you don't have much time to play and quit these games too
Then you'll start single player games and finally find peace. No more Battle pass :D
Message 6 of 9 (148 Views)
Reply
0

@Zeelmaekers What are event exclusive skins?
Message 7 of 9 (59 Views)
Reply
0

and skins that are included in battle passes.

Need help? Mention me with @Zeelmaekers!
Having technical issues with Apex? Check out this Troubleshooting Guide
"Alone we can do so little, together we can do so much. #AnswerHQ"