I have a concern about the the interceptor going into endgame. It’s agile, squishy and wants to operate in close ranges.  This is a pretty dangerous mix against endgame AI. They are going to have god aim, a lot of health, and there will be a ton of them.

how is the interceptor supposed to get in, and stay in long enough to  wear enemies down past thier shield? They really don’t have any great long range abilities to just spam.  They have to throw themselves into constant danger to really get anything done, and I don’t see how they are supposed to do that when everything is going to near oneshot your. Also if you die from getting close to attack, that’s it. Your teams going to struggle to get to you..

They are about as squish as a storm but they can freeze everything and make easy targets + deal high damage.

in harder content I feel like the are just going to be squishy Rangers with less range capability.

How is the interceptor supposed to contribute in the hardest endgame stuff? It’s abilities doesn’t really look great or helpful for endgame difficulties. 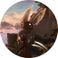 The interceptor is certainly an interesting jav and calls on a certain playstyle.  This jav I suppose is meant to rely heavily on team support.  I believe its meant more to clear waves of trash mobs and not work on higher tier adds alone.  For long range it need would need a weapon loadout to deal with those long range enemies, avoid snipers until you can get close.. I dont care for the interceptor all that much due to its need to rely so much on team comp and support.

If you have a colossus with battle cry on your team, then you should be able to dash in much more aggressively.

You could also nuke enemies freezed by Storm, or smoke-tagged enemies by Ranger.

I believe this game would relies so much on teamwork.

Yeah but think about that for the others. That relation is very one way. The interceptor needs them to get by, but those two don’t really benefit from having a interceptor over something else. They can already do more damage than a interceptor in those situations. And thier kits work more effectively together than with a interceptor also. I just don’t see in any situation of why a interceptor would be good at that level of content. It’s got a strike going against it in every way.
Message 4 of 71 (603 Views)
Reply
2
Highlighted

If your teammates are doing there job i don't think it's going to be a problem. But it's definitely going to be harder to play on higher difficulties and you have to focus more on the sidelines like clearing out scouts, turrets and long range enemies. I think in grandmaster it's going to be more like you run in freeze an enemy or weaken them by any means kill it get out of the fight heal up then go back in. And you just have to crank up you APM, also in the end game you gonna have 4 components you will have to give up some damage for survivability, still i dont think it's gonna be a problem considering you deal a lot of damage anyways. What is my bigger fear is what you just said you have to go in and if you die there it's gonna be really hard for you teammates to get you up. Personally i don't mind the interceptor being a class where you will have to dance on the edge all the time, i think this is how it should supposed to be.

i have. Almost 26 hours worth in total. In the demo, the interceptor is awesome. You can fly around the content unphased. But you can because the highest diffulty is hard. There are 3 higher difficulties to the game. And  you are doing starter content with easy mechanics. You aren’t in the endgame area.

When you get to that level of diffuctly in the game. Buzzing around and getting up close is a hazard.  A Colossus that can sit back and use its high long range damage to engage from a safe distance. It also offers strong aoe.  The interceptor all  lacks consistent aoe damage. Much less ranged aoe damage. Collosus will thrive end game. I don’t think the interceptor will.

even clearing sidlines will be a issue. You have to fly in and engage a target. And by the time you get past a snipers shield more Enemies will be focused on you. There’s no way to kill them with melee before your world just gets rocked. By enemies all spread out.

As far as turrets you are better freezing them and putting barriers as a storm or a even safer approach is just railgunning them from a distance.

Now let’s talk about boss mechanics, where a interceptor can’t evem get in to do its main form of damage. It’s abilities are terrible against bosses compared to other classes also. A lot of them have to get close and do less damage than classes. Now do you there’s boss mechanics where  you have to burst damage or it regenerates later? Interceptors are poorly equipped to go against that. Because of thier hit and run playstyle.

Im legit worried. About highest difficulty end game play as a interceptor. I don’t see them having place at that point. Even clearing sidelines has better and safer options

@mcsupersport wrote:
Have you played it in demo?
Most think that have it is the most powerful and survivable javs. So far it is the colossus with issues surviving.

People having hard time with Colossus is just because they are not familiar with it and try to use it as a damage absorber. I bet they don't know the shield, unlike other javs body shield, could regenerate once you let it rest with very little delay. Also note that the shield would regenerate even if you are taking damge. If you parry strong attacks at the right moment and let it rest, you could techniqually shield a lot more damage while going in and out drawing aggro. Just try to not overuse the shield and get yourself staggered.

Colossus has the best CC and close range survivability IMO.

Personally I didn't see any great AOE for Colossus and really didn't get anywhere when trying to play one that way.  My son said infiltrators were almost unkillable if you dint make a major mistake.

Also in endgame you should have endgame gear, so for now I wouldn't worry about it until you have better evidence than "I fear..."

Given the evidence of gameplay on hard, infiltrators should be the least if your worries.