“The Separatists’ invasion of Felucia is nearing its end. With only a single, powerful vehicle left to cover the evacuation of a Felucian farming community, the clones struggle to maintain their last line of defense long enough for Republic transports to collect a large cache of valuable medicinal plants from the village.

As the droids advance towards the clones’ position, the squad opts to go on the offensive and destroy the dreadnought responsible for the attack. The droids have a plan of their own, however: Ensure the Republic can’t escape with the plants by bringing down their Venator.” 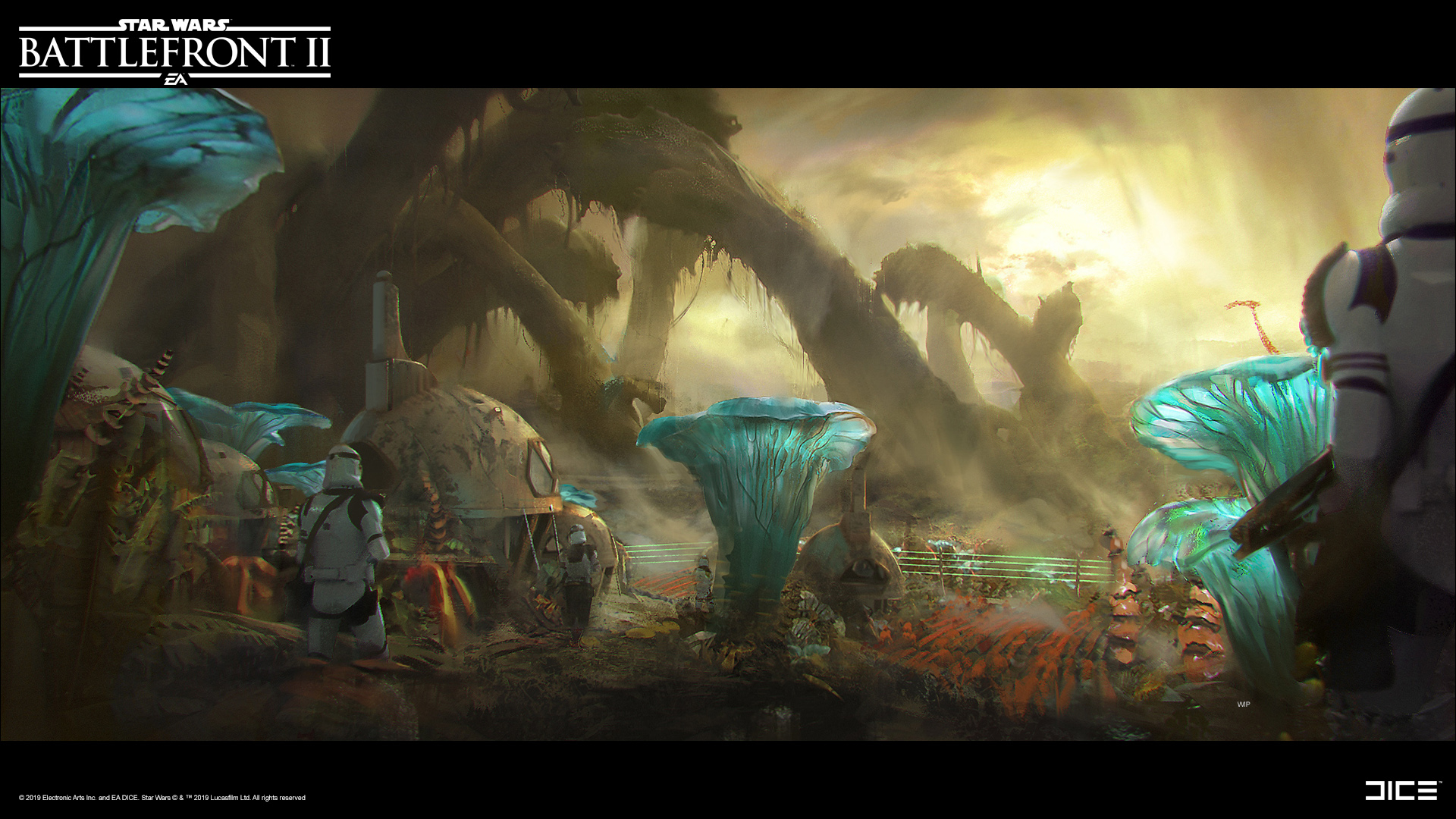 Similar to other Capital Supremacy planets, Felucia is broken up into multiple areas with each of the 5 Command Posts having a set theme.

Command Post Village
Felucian Villages have an aesthetic that almost blends into the environment, almost as if the villages had been constructed as to no obscure or take away from the natural beauty of the planet. Those defending this Command Post will want to utilize the village structures for additional cover, while also taking advantage of the slight increase in height.

Command Post Sarlacc
Very few creatures across the galaxy are as feared as the Sarlacc. Even in death the Sarlacc poses a formidable sight. What was once an area where none would dare enter, at least by their own choosing, is now a battleground for the ongoing conflict between Separatist and Clone armies on Felucia.

This Command Post is located upon a narrow structure that overlooks the now deceased Sarlacc. Defending the entrance to this structure will be pivotal should you want to keep hold of the Command Post.

Command Post Farm
Farming is an important aspect of Felucian society, as they can often be found scattered across the planet’s lush and vibrant landscape. While this one idyllic farm had spent its best years being tilled and cultivated, it’s now a location that bears the scars of battle. This Command Post is relatively open with the bulk of the cover coming in the form of various bits of equipment, but with entrances in multiple directions, you’ll need to keep an eye on out for flanking enemies.

Command Post Caves
A network of open-air caves run amongst the Felucian landscape and have become a critical area, as both the Separatists and Republic fight for control over them. A fairly secluded location, you will have to get close in order to be able to see the Command Post, as it’s located within the network of caves itself.

At least the Rancor that used to dwell here is long gone, but the remnants of it still remain.

Command Post Swamp
Used as a dropsite by the Republic, this location in some swamplands has become of key strategic importance. This Command Post, while surrounded by fairly open terrain has considerable amount of cover in the form of a Republic dropship and various supply crates. Make use of this cover as without it, you’ll be an easy target.

As beautiful as Felucia is, the environment can also be hostile to those that traverse its lush and vibrant landscape. Mushrooms can explode and certain plants can leave behind a hazardous gas that will harm anyone that gets caught within it.

While the planet surface is more than enough to keep your attention, you may want to glance upwards on occasion as you’ll sometimes see both the Felucian Ripper and Manta flying through the skies.

Felucia arrives later this month as part of the Cooperation Update, which is currently targeting a release date of September 25.

We’ll be back with the full release notes early next week.