@DarthValtrex I wish teammates could have easier visibility in her smoke. Smoke should be an advantage not a hindrance lol.
Message 11 of 14 (131 Views)
Reply
0

@Lord_Scorpion34 Very true. Especially when you have a noob teammate. 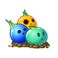 I do full heartily agree with this, caustic is a in place character and is great for trapping enemy players or keeping them out, which is also why I feel Bangalore should have a shorter cooldown on her smoke, it’s great for evasion and for hiding from enemy players. I just feel like, that for such a simple ability, when you have others do so much more, it should have a shorter cooldown, especially when you are trying to escape enemy players and you are in desperate need to smoke again but you are still waiting on the cooldown. Giving Bangalore a shorter cooldown on smoke wouldn’t make her a top tier or op. It would be more of a quality of life buff that would just make her more enjoyable for Bangalore players.