I really like the squad system and all its benefits. In comparison to Battlefield 1 it improved a lot, thanks to the supply drop\vehicle call-ins. But there is one problem.

How many times i saw(and unfortunately still see) something like this(1-man squads): 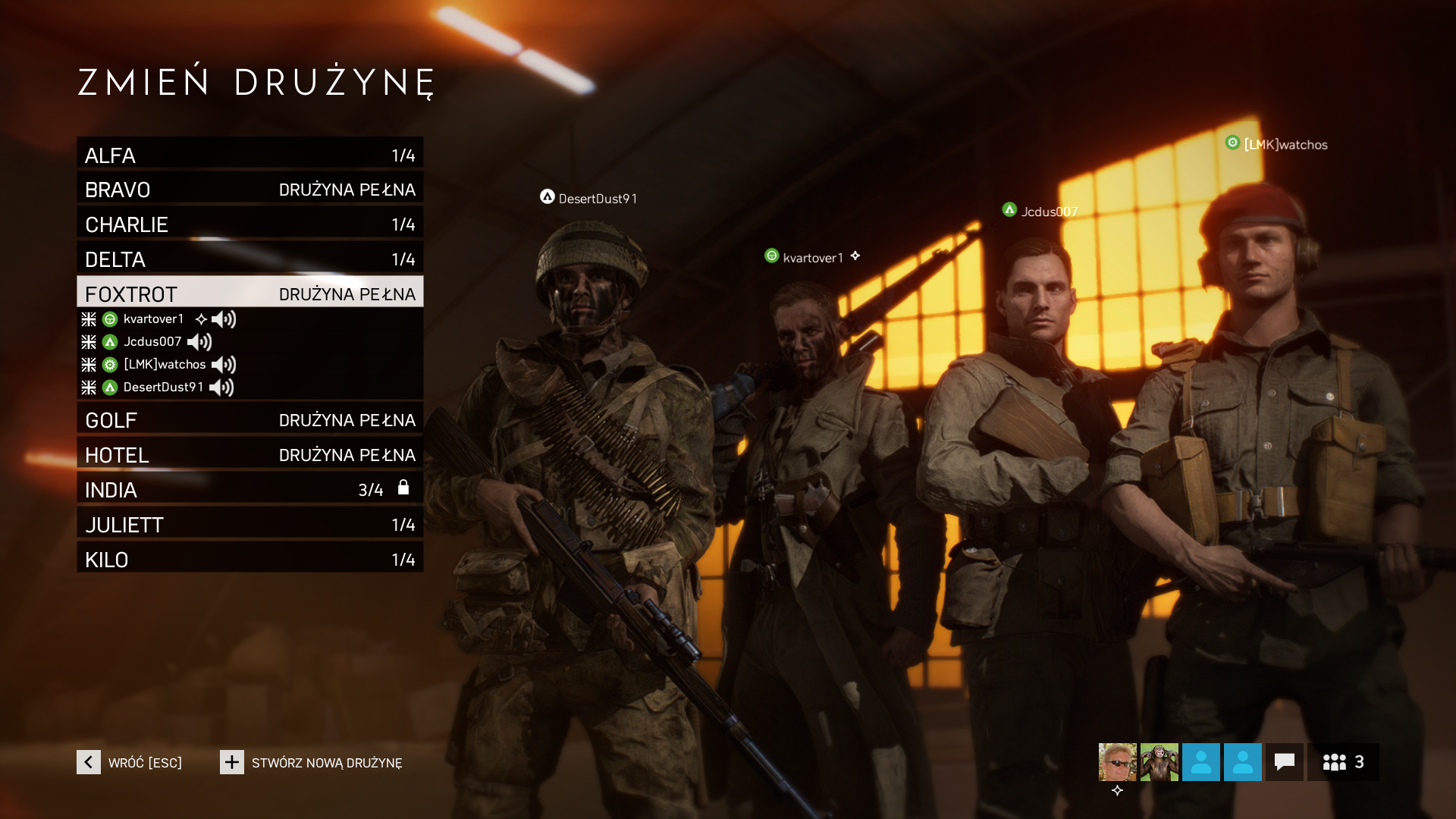 And here. This is even a better example, because there are more players: 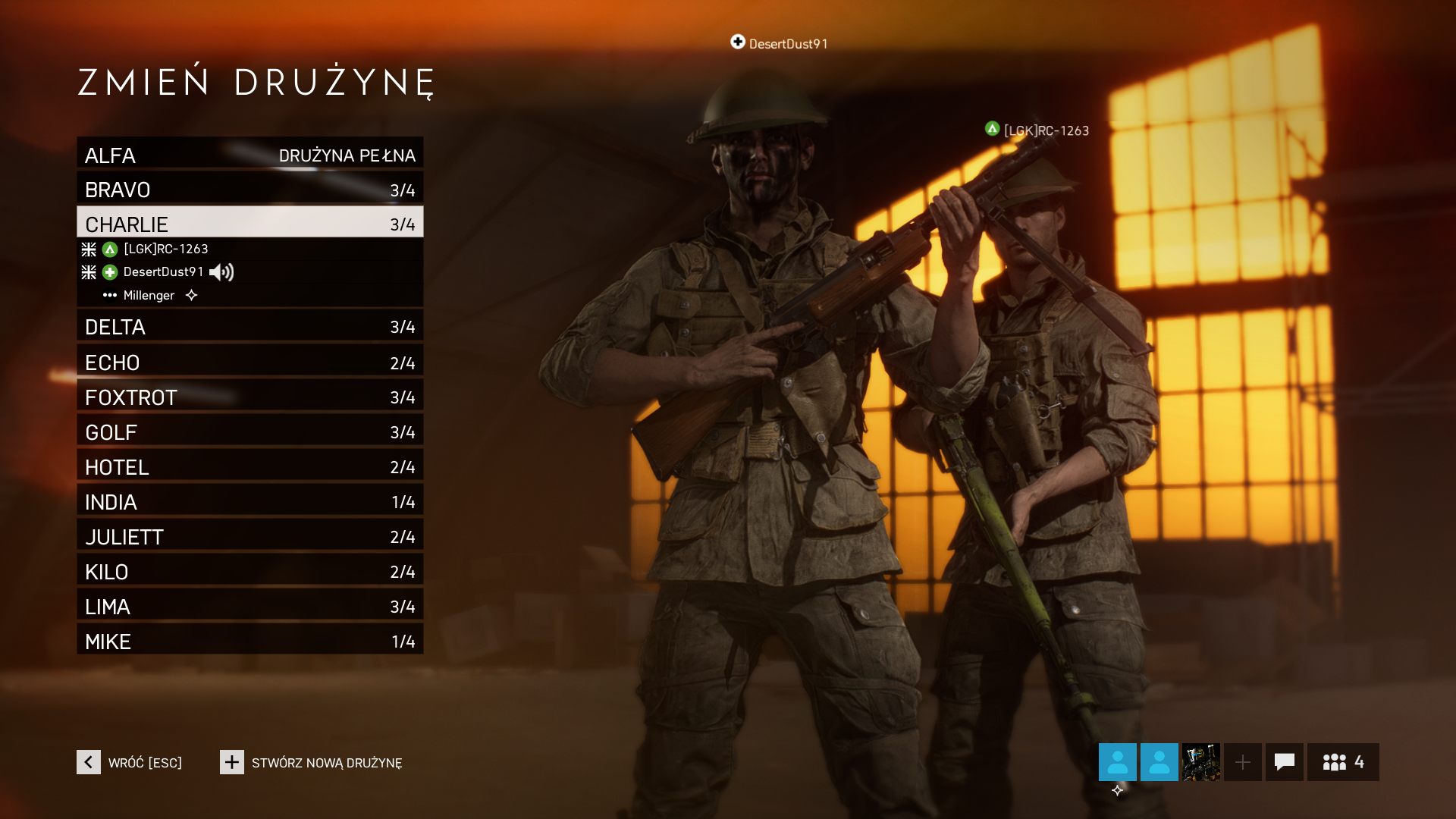 Battlefield V - and other parts of the series, which would be released in the future - would really benefit from some kind of automatic squad merging tool, which would group random people in squads. if they are not locked of course - premade squads wouldn't be affected by it, if they would lock their squads(that wouldn't create a problem for those, which would want to play with friends).

I know, that being in a full squad helps a lot, but often people do not seem to care. Many of them do it wrong, like playing as a lone sniper. In my opinion that shouldn't be possible.

Usually no one will revive them, so they are simply losing tickets of their own team, if they get shot(most of them won't kill enough to compensate for that).

Its not that these people want to play alone - not all, at least. If they would want to, they would lock their squads, so no one could join. Many simply don't know/don't care, if they are in a squad or not. And this impacts the gameplay a lot. They can only spawn on objectives, whole team is scattered, lose all, and game ends itself with a result  0<400 or worse.

I'm not that naive, i know, that BF V has bigger problems, like cheaters and of course teambalance, yet i think, that scattered squads are also important. It is rather a problem of the player base, not the developer, but this could help to solve it.

I agree it's both annoying to see and be part of a squad with fewer than normal players but there are a few different factors as to why it happens.

Sometimes players get kicked from squads, sometimes people leave them because theu aren't pulling their weight or are just bad, and in some cases they could have created a squad on purpose to get those acquisition points.

Removing the ability to lock a groups under 3 friends would be better in my mind and possibly changing the amount of people per squad could help alleviate problems we see in squad deathmatch where all squads can be full with a single player left alone.

Agree on this one. Which can be done is the first minutes you are playing and squad leaves you're alone, it automatically adds you to a new squad. Myself do this manually all the time. Let the player take the points with him to new squad, or do this with the message like a squad leader leaves. Like you want to join another squad , Y/N