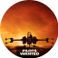 Hi guys, just wondering are there any Potential players or Current players that still think Anthem should have PVP?

I was thinking maybe not currently but in the Future, maybe they could make a PVP game based on Anthem currently? It should be a new game but using the current Anthem Javelin concepts, how about it?

Your topic title implies there ever was much interest in PvP in the first place.

The truth is that there are a tiny number of (very vocal) participants who think it would be fun.  The rest of us: a.  Have no interest, and b. Know that Anthem was never designed for PvP and want the devs to devote their time making the current game better, not to a side-show.

Define “interested.” Hypothetically speaking, an entirely separate game built and balanced around PvP could potentially be kinda fun for a few hours. However, I don’t expect I would put a significant amount of time, let alone money, into it.

There’s also the question of what exactly it would look like. The current generation of PvP games seem to gravitate towards the “battle royale” type gameplay where you spend the bulk of your time running around looting stuff on a progressively shrinking map, engaging other teams as you run into them. I don’t, personally, find that sort of gameplay particularly appealing, and I also don’t really see how it would translate to Anthem without basically throwing out the window any sort of attempt to tie what’s happening into the lore and the actual setting, but that’s what’s popular right now.

They’d have to do that (at which point there isn’t much left that makes it Anthem), or they’d have to invent entirely new gameplay modes from scratch, without guarantee they would become popular with the broader PvP community or with the Anthem community. In fact, many people in the Anthem community are probably going to resent it from the get go and consider it a waste of resources that Bioware could have put towards building up Anthem proper.

And I mean... even if they succeed in developing innovative gameplay modes and mechanics from scratch... we’re talking about PvP, which is a pretty crowded genre. Other games would start copying that gameplay if it becomes popular. PvP Anthem would have to compete against those other games.

@Reposter Yeah I dont think Anthem needs PvP. I believe time and money could be better spent elsewhere. I remember when Warframe added it and less than 5% of the player base uses it.
Message 5 of 58 (1,567 Views)
Reply
2
Highlighted

There are more than enough PvP Games already.

If anthem does have PvP it should be more entertainment-based like Anthem Football.

I honestly think this topic has been done to death and don't see any benefit to bring it up once a month or so.

@Haruchai01 Actually I am not asking for PVP for the current game, I was asking if anyone is okay with a New PVP game based on Anthem concepts.
Message 8 of 58 (1,463 Views)
Reply
0
Highlighted

I would have PvP as apart of the current game.  I would like to see a type of Fortress Assault where one team attacks the fortress and the other defends it.  This would be similar to what we saw with the Battle of Freemark where the attackers' goal would be to breach the walls make their way to the shaper relic and take it, or take out the main power core, for example.  I would like to see Striders, turrets, and other vehicles & artillery involved in this mode too.  The devs could also do a PvE version of Fortress Assault and make a Horde Mode as well so those that don't like PvP won't miss out on the experience.

As for the Strider mechanics, see section 18 of this post:
https://www.reddit.com/r/AnthemTheGame/comments/d0lw3s/strider_gameplay_suggestions/

@Reposter  Even if the they did make a separate game for PvP, how well do you think that’ll go? Given the ill will BioWare has had for a while, anthem’s reputation is in the mud, the already small anthem community never wanted PvP aside from an even smaller (albeit very vocal) minority. All this on top of the fact that anthem still hasn’t been fixed and won’t be for for a good couple years, and there’s only one small team out of the whole studio working on the overhaul.