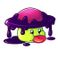 Hey, my game has continually been crashing as soon as I open it on PS4 ever since the patch/update for season 5 has been released!!!! I’ve been troubleshooting all morning long and even went as far as deleting and redownloading the game to no avail! pls fix this as soon as possible, i just wanna play the game

The team should definitely be aware of this by now - best thing we can do is sit tight, maybe keep trying to connect but ultimately let things cool down

I’ve had these same issues. I can play the game, but I’ll pick a character and then when I get in game my character changes. I picked loba, banner for squad showed pathfinder, then my character in game was Gibraltar. I spent 20 dollars on the battle pass, just for none of my battle pass items to show, and not even being able to select the battle pass menu. I also can’t select my legends or store menu. Idk if anyone else is having these problems too.

@Spacemantwothree I encountered same issue on PS4 as well. 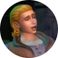 @LILBONELESS I'm on xbox and when I start matchmaking it connects and while I'm diving down it crashes. When I come back to the game it's either I'm dead or everything around me has been taken... only after new update season 5
Message 6 of 8 (1,678 Views)
Reply
1

SAM, crashes mid game, which is worse considering im letting my mates down, and I payed for some stuff already, its not possible to complete the battlepass like this