Origin get rid of all the hackers on Apex it's completely ruining the game.  People 3 shot kill me with full purple armor from across the map with an alternator........  It's stupid.  Start blocking IP addresses, banning a name isn't getting it done they just start a new account and are back on hacking  5 minutes later.  All this money spent developing this game and you can't play around without running into aim bots it's stupid....

Hey @-lll_-_3_-_lll-l if you are in game and suspect a user of cheating then please report them by following the steps in this link: https://www.easy.ac/en-us/support/apexlegends/contact/report/

Hey @-lll_-_3_-_lll-l if you are in game and suspect a user of cheating then please report them by following the steps in this link: https://www.easy.ac/en-us/support/apexlegends/contact/report/

I do but it would be nice if there was a quicker way in the game.  Also any chance you can start penalizing people for quitting early?  Like 15 min, 30 min bans..   That would be great

i dont think they will expose anything they did to the hackers nor anything done either, this is not only happen to you but A LOT of us

@-lll_-_3_-_lll-l tried to play just now first game obvious cheater it's laughable how bad it is almost every game some cheater will kill you, the report in game does nothing
Message 5 of 11 (275 Views)
Reply
4

I totally agree.  I can't play a round without an Aim bot ruining the game.

I totally agree.  I can't play a round without an Aim bot ruining the game.

No point in banning ip addresses or HWID's because they have spoofers/VPN's and much more to get around ALL of that. This is PC gaming bud lol. No ban they can possibly give out will ever stop a hacker from just getting back into the game on another account. They are region locking certain areas and putting restrictions on high risk accounts. In the end that'll help but still won't flush out even 50% of the hackers atm. They need to implement something like CSGO used to have. A prime membership that's a one time cost of like $15-20 with a phone number needed to register. This way when the account gets banned the hacker AT LEAST has to pay 20 bucks to get into the same server as OTHER prime members. (You can still play ranked/casual) it just won't be with Prime members it'll be with everyone else that hasn't paid the $15-20

Heck ya I'd pay that fee immediately

Heck ya I'd pay that fee immediately 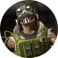 they control the game now i keep hoping for stuff be done about it, nothing but we banned so many = who just make new accounts. Nice post! This game ist maximum hacking *! Reports players, EA banned and this player come back again! Do something about it EA Company. Don't just lie. This game is only about money. Unfortunately. And it won't change never. If all fraud is banned, the EA will not have money never more. Disgusting Game'
Message 10 of 11 (179 Views)
Reply
1
New topic
Twitter Stream