AN IDEA FOR OCTANE BUFF 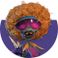 ULTIMATE - 1)Octane jumpad will no longer launch player in forward direction, it will now act as an jumptower
launching player into the sky at the height of the jumptower and they can redeploy like they can
do with the jumptower.
2)Jumpad will now give player with 50 sheild(if damage) and it can also do the same for the enemy
player.
3)If an enemy sqaud uses your jumpad your whole squad will be notified of thier location until they
drop.
4)Jumpad cooldown time increased from 90.00 seconds to 120.00 seconds.

If they rework Octane into that. Octane will be the new Wraith.

Share this to your friends we need this buff

@ravigrv nice, you thought about the cool downs and other aspects when thinking of a neat buff.

However, I don't really think it would be fair to other legends the amount of utilization he provides.
- Jumppad = Jumptower
- Stim last for 19-20 seconds (realistically since it will decrease vs dropping to his normal speed) but only takes damage for 10.
- Jumppad marks enemies
- Jumppad provides shields (don't see how that's even logically possible in the slightest)

He just offers waaayyy to much for just basically being a speed demon.

I think his buffs should remain around his speed, so increasing his speed with a nice drawback to even it out, or allowing him to pick up faster speeds when going down hill, OR allowing him to have a higher basic jump height, ya know, since he has robotic spring-ish legs.
Message 4 of 9 (707 Views)
Reply
1
Highlighted

@Wingmannedbro Be more than wraith. Be bloodhound too.
Message 8 of 9 (262 Views)
Reply
0
Highlighted

The problem with Octane is the core way his abilities work allow him to screw himself and his team over by completely running alone.

No buff is going to solve that problem.  Yes there are people who can run him as a team player but that’s really not a lot as far as I can tell.  Like Pathfinder, and original Wraith, his design encourages people to play him wrong.

The way his core abilities work need to be changed before any timer or stat changes.  But I doubt that will happen.