A Simple question on 3 sniper rifles

I have picked up the KRAMER a couple of times, and find it inefficient, specifically in close quarters in to late game, frankly a G7 is my favourite in late game with a mid range optics, mid game and beginning with sniper optics. If lacking, I would still prefer a Longbow over KRAMER, due to its firing rate and being able to constantly monitor my target.

So, if we are to assume a decent player, who would you fear more?

Someone with a G7, Longbow or a Kramer? I am not counting Triple Take, as I find it had to get used to it even with choke hop up.

The kraber is by far the deadliest of the 4 snipers without a doubt. It's utterly wasted in unskilled hands though due to limited ammo capacity.

Longbow is probably the biggest threat generally speaking, especially with the hop up attached.

It literally all boils down to personal preference, but any sniper is deadly in the right hands.

@TrancyGoose Kraber can one shot anyone that isn't Caustic or Gibby regardless of their armour levels of it's a headshot, even a body shot does like 150 or something which is more then enough to mop up with a secondary, but I can't land a single * shot with the damn thing even if the enemies are standing still. G7 is solid in mid range but fails in close quarters and long range. Longbow is definitely the best all-rounder since you can quickscope using iron sights and use a 4-6x or something for mid to long range, and because of the fire rate you can spam bullets like a * and pretend the random headshot you got was totally planned
Message 3 of 9 (216 Views)
Reply
0

A nice post for me because I mainly use snipers.

If you got a skilled player against you.

You better hope that he anything but a kraber.

The kraber is a power house that can turn games around in just a couple of seconds.

With a damage of 145 (body) and oneshot in the head you better hope he missed.

But with High damage comes a risk, but when i see the kraber i pick it up.

The longbow is my main weapon and am i the most experienced with.
Killing a enemy takes around 1-4 shots and with a decent fire rate it's one of the stronger snipers this meta.
Every scope is good on the longbow and you can easily rock 2 snipers, one short one long range.

It's so versatile what makes it a really strong gun.

A skilled G7 scout user could be dangerous but it lacks the damage for me to be threatening.

You can easily in that time get in cover and heal back up.

I don't really pick up the weapon because it lacks the punch to win fights.

Do not underestimate a triple take!
It has low projectile drop and will still deliver a lot of damage when you least expect it.

Most people don't use this but i find it really strong early till i find a longbow.

I use it more as a mid-short range gun but doesn't make it less dangerous.

If you gave me my pref snipers

@TrancyGoose G7 is good but...

When it comes to the sniping games, Longbow and Kraber above everything else.

I picked Kraber up every single time, regardless the game mode. If not, Longbow is the way to go.
But G7 is good as a placeholder until I find my Longbow/Kraber
Message 5 of 9 (151 Views)
Reply
0 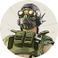 @TrancyGoose Keep in mind, Kraber is best used at a distance as it is a sniper with one of the longest fire rates so attempting to kill someone at close range is somewhat difficult and even more so if you miss your first shot.

That being said, I would fear someone with a Longbow at far range because it has a nice fire rate that can down you if you are exposed enough times. Where the kraber you must make your first shot count.

At close-mid range, the G7 is the gun to fear because it pretty much turns into an AR and someone can pop out plenty of shots before you manage to find cover, thus leaving you weak and without armor most of the times.

Overall, I would carry a G7 myself because it is a sniper but can be switched and used up close when needed.
Message 6 of 9 (145 Views)
Reply
1

Lets not forget the triple take though....shotgun at close range essentially, crack a pres choke on it and you've got very low bullet drop and since the buff the charge time feels much better too. I've had some good games with this gun, it's not to be underestimated either.

If you have Kraber, I suggest you don't even try to use it short range, unless you're 100% certain you can headshot. It takes a lifetime to switch it to another weapon, so if you miss - you're almost certainly dead if your enemy is not a complete potato. It's the only real sniper in the game and it does the sniping part extremely well, it's not supposed to be used as a shotgun. 1-shot some1 from far-midrange, swap weapon and push. I personally don't love it, since my headshots are too inconsistent and 145 bodyshot, while much much better than the 120(-ish?) before is still not worth it and I usually only swap to it if my longbow is really bare (would never drop one with a skullpiercer); if I do take it, I do it only so that it can't be used against me (since it IS the best weapon in the game).

For mid-long range, I would always take the longbow, since it has both high damage (a single hit hurts, a headshot breaks any armor) and high fire rate.

Still G7 has the highest dps of all snipers, so if I ever do need a secondary for close-mid range, scout is definitely the best choice (it's still better to have an AR for this though), preferrably with 3x or even 2x. G7 could also be extremely deadly long range (you would almost always win a duel vs longbow), but only if you're EXTREMELY good at tracking long range moving targets, since you do need to hit a lot of shots and after your first shots you lose the element of surprise.

As already mentioned, triple take has very low bullet drop and high bullet velocity, so it's the best sniper to hit headshots on MOVING long range targets. The charge time is long, but damage is similar to longbow. As for close range, 1 thing is worth knowing - it's the ONLY sniper that can be used without ADS. Other snipers shoot all over the place and you're lucky if you hit a barn door at 5 meters with them, TT on the other hand, is almost perfectly accurate without ADS. Still, you will always lose even to a PK, so choosing to fight close range with a TT is not advisable.

P.S. G7 also has a MUCH faster swap time than other snipers (comparable to AR's) - another reason why it's the best secondary if you ever need to swap to it close range.

So, if you take Longbow or Kraber, make sure you have a primary weapon that does not need swapping (so take R99 only if you're 100% sure you can kill at least 1 person without a reload).

If you do need a sniper that you can swap to in close range in despereation, TT or G7 are much better choices (I do see some streamers using longbow close range, but honestly, that's trolling - swapping from longbow takes almost a second, it has low dps and it can't be used without ADS - just don't do it).

P.P.S. Finding Hammerpoint rounds when I have a fully equipped longbow gives me a headache, but I usually, very reluctantly, let go of the longbow, since P2020 feels just too good to pass on, so I guess I'm not a real sniper at heart...

Yeah I am also a huge fan of the triple take, in my opinion it's the most consistent gun in the game and can absolutely destroy people at mid-long range in the right hands.