@EA_David  Personally love the adjustments for the Peacekeeper and G7 Scout. I enjoy both of those weapons. And it's nice to see that they have received better treatment.

The one thing I don't understand is the music pack being displayed. Didn't know there was an issue that called for a fix on this. I find it distracting while dropping in. 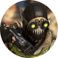 @CrazyPlays54 That’s why I didn’t mention armor 😈 just your character and mine with only their clothes and gun! Old western standoff :P
Message 14 of 39 (371 Views)
Reply
0

Love duos, it really changes the dynamics of the game, moreso than solos for some reason. Cant wait to get to grips with it properly.

PS bring back solos too please.

Boring update, duo is boring, this is just the same as 20% of the total of my normal matchmaking (1 person solo, missing, or dc), nothing new. Firing range is ok / meh, kinda of late should have been released in S1 or S2 when I was still figuring out legends abilities and attachments.

Legends: Crypto changes are very nice, that EMP is pretty strong now that it damages dropped armor. Which now begs the question of a theoretical "scorched earth" tactic of dropping blue/purple armor, EMPing it, and baiting enemies into picking up empty armor.

You don't need crypto to do that, just pick up armor, burn yourself with throwables, and drop it. Crypto's ultimate is going to mess up with everything and not just for the enemy team but also gonna mess your team, since his ultimate affect armor on the ground (open field), especially when the range is quite wide.

Even with this fix, I still won't touch crypto, that class is too slow / boring, it is good thou in LTM mode like fight or fright coz I troll teamer / cheater, but in normal mode nah.

A good improvement for crypto is to make him able to let out the drone without needing to stop or to login to the drone, so you can keep walking and drop your drone behind you and then EMP, this is good if you need to run away.

PK and EVA8 are a lot better now? Or still no improvement (minor) I'm not touching it until I see significant improvement, same thing with snipers.

There's seems to be a complete lack of empathy from Respawn toward players who are saying "I have been banned for leaving a match when I thought it was okay to do so".

Players who don't rage quit are saying that they are being banned for leaving matches unjustly and I think you should listen to them. You must deliver a solution that is infallible because it's your game design that is impacting the player and not the other way around.

When leaving a match, the burden of responsibility has to be shifted to the player. So that there is absolutely zero chance that anyone could accidentally leave a match without knowing, for absolute certain, that they will incur a penalty by doing so. Player must be in no doubt about this situation.

It is not something players can experiment or play around with, as doing so could mean being banned for a long time. There's no second chance.

When leaving will result in a penalty for a player the screens should go like this:

When it's safe to leave without penalty then just have a normal 'would you like to leave now?' screen.

Respawn/EA can you please bear in mind, that Apex has some seriously challenging issues for players on PC. I suspect much more so in Asia and Europe than in America. There is a colossal amount of cheating on PC and no international boundaries between servers at all. So banning players who are not rage quitting is just completely cruel in light of these other circumstances which are already testing players to the limit.

Many of us 'honest' PC players love the game and still play, in spite of a great deal of the challenges I've mentioned. We shouldn't be getting banned for nothing on top of all this.

ALSO. Has the system now reset? Some of us have already had massive bans. 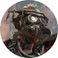 Wingman nerfed again, oh man. I like the other changes but think they could buff the Alternator damage a bit to be on par with the Prowler at least. A twin barrell smg should be strong right. 😎