snow texture Glitch on the Roof

snow texture Glitch on the Roof

Product: The Sims 4
Platform:PC
Which language are you playing the game in? Deutsch
How often does the bug occur? Every time (100%)
What is your current game version number? 1.67.45.1020
What expansions, game packs, and stuff packs do you have installed? ALL but Pets Stuff and Batuu
Steps: How can we find the bug ourselves? in building or playing a House in Winter (with Snow) and having glass roof partwise
What happens when the bug occurs? shown in the pictures below
What do you expect to see? a clear, snow covered roof with no shades where they do not belong
Have you installed any customization with the game, e.g. Custom Content or Mods? Not now. I've removed them.
Did this issue appear after a specific patch or change you made to your system? Neutral/Not Sure

This is a Prototype House in an early developement State for testing purposes, like Roofing in a snowy Winter for the Snowy Escape Expansion.

I mentioned the texture Glitch, shown in the Pictures below with and without Snow! As i usually do not play Houses with Housetops like this i may not have mentioned it before.

The Roof Parts do not swap over or inside each other and the Snow remains showing the wierd Borders. Especially on the right Side where a Glass Roof is implemented.

Also the Roof Borders shimmer and fade when moving the Camera. Also it happens with the Glass Part on the backside over the Terrace.

Does anyone have an Idea where the Problem is with that? Or is it just standard and bad Gamedesign? 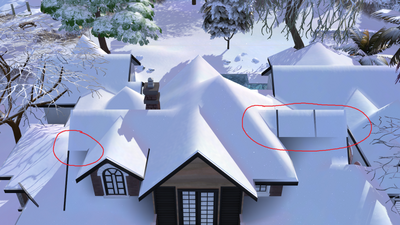 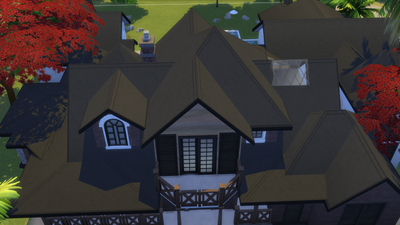 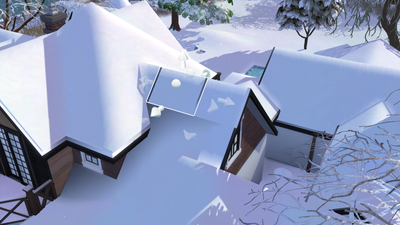 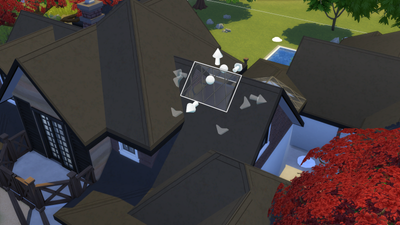 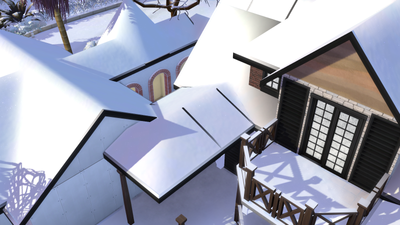 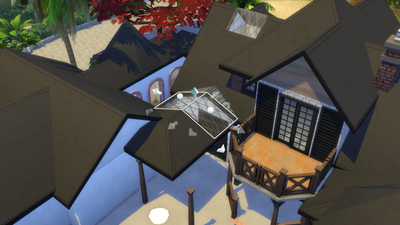 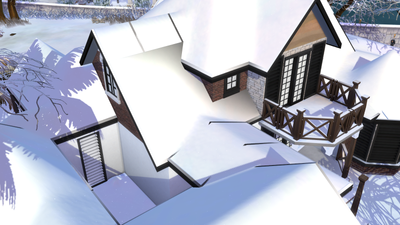 But, yeah, with the overlap, they need to be far enough down, and you can only do that with some roofing.

@EmeraldLaura Yep, noticed that too. The only fix I've figured out is to extend upper roof to overlap lower roof (with the little extendy arrows). Of course, on domed roofing, that doesn't really help. And in your case with the glass roof, probably not a good option. I just pretend that those portions of roof are steeper/more reflective/get more sun, and so the snow doesn't melt evenly.
Message 2 of 4 (216 Views)
Reply
1

@stjmkthanks for your respond, i figured out the glass is not the problem but the bigger borders around the endings where they connect. i changed this with smaller ones.
The snow shades still occur when i overlap them, they are just a bit lower like in the middle at the roof. i fixed them with decorative build items now...

This house is for Yukimatsu in Mt Komorebi where probably will always be snow in every season. thats why i tested it before

this is my solution so it makes sense at least: 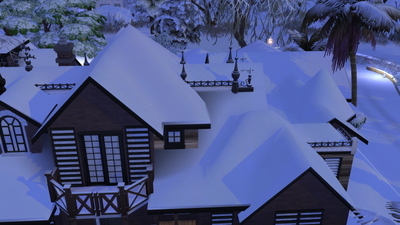 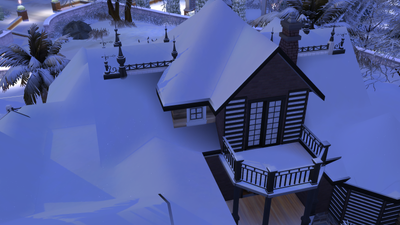 But, yeah, with the overlap, they need to be far enough down, and you can only do that with some roofing.
Message 4 of 4 (203 Views)
Reply
2
New topic
Twitter Stream