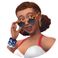 @Katrus91 Thank you! I was looking on pc only

Wow, I just noticed something. They gave us two universities with DIFFERENT offers and courses, so we MUST play with both of them if we want our Sims to complete their destined profession. But while playing with Foxbury students, the terms of the UBrite students would also continue, meaning that 1. WE can't attend UBrite in the time being and 2. the students would fail all their courses.

So... the game was DESIGNED to play multiple student-households at a time... but we CAN'T because of said reasons.

Am I getting this all wrong or did EA just destroy it's own concept?

@Sayori23Are you referring to the pre-made sims, such as Julia Wright, Becca Clarke, Cameron Fletcher, and the Pleasant twins? In that case I totally agree, I find it very odd that we can’t play all of them at university without having some of them fail their courses while we play with the others. In one of my save files I only play with pre-made sims, so I had Cameron and the Pleasants dropping out of uni while playing Julia and Becca, and when they’ve graduated I’ll play with Cameron, and so on. Not convenient at all.

It is indeed most unfortunate that rotational play with different sims in separate households is completely impossible with Discover University. Also, there are currently no mods that address this issue either, and I highly doubt that there ever will be. Maxis and our esteemed gurus need to fix this!

@Sayori23, you don't need to attend both universities to get a degree or to complete a profession.  (You don't even need a degree at all, but it will help you get started at a higher level afterwards).  You would only need to go to two universities if you want a Distinguished Degree, and if your Sim doesn't have enough of the right skills when applying to a university. So a Sim right out of CAS would need to attend 2 Universities if they wanted a distinguished degree (or else you can just wait until they have enough skills to go for a distinguished degree on their first try.  This is what many of your pre-existing Sims will be able to do anyway).

So, no -- EA didn't destroy its own concept. You don't have to go for a distinguished degree as a regular one will work just fine.  The only thing EA did was to make rotational play while attending college pretty much impossible.  I don't play rotationally , so this isn't a problem for me... but most people do play rotationally so this requires an adjustment to playing.

@DMDragonCT, @Katrus91 , & @Sayori23 , for the time being, either until/if EA changes this, or until someone makes a Mod to play DU rotationally, you will have to do what I do and play all your households on separate Save Games.  I do this all the time to be able to control all my Sims, as I am a control freak with them!

For you all, it would just hopefully be a temporary work around.

@PugLove888 Dear PugLove888, sorry I should have mentioned that I am a rotational perfect world player and as such, it's not conceivable for me to start a new or different save game. I've only ever played on one single, now ancient and super-massive save game, where I handle hundreds of households. There's not a single sim in my game that I haven't changed or modified, including each and every townie. I also build every lot up myself, and would never ever download other people's creations. Do you remember my post where I discovered the maximum number of clubs to be 234? Well, that wasn't a test. That's just how many I actually use in my game. So I'd very probably stop playing the Sims 4 altogether before I ever start a new save game. My problem here is that the townies generated by DU to populate the two universities are by far the most fickle and temporary sims ever created (even bartenders are more stable than that!). After a few terms they become utterly broken as they're now stuck as having "graduated", but not really (I know there is a bug-thread for this). This makes these university sims completely disposable as deleting them after a while becomes the only option. Failure to do so and trying to actively play them will result in them cluttering your game with undeletable diploma in other sim's households (yet another bug). So the big issue is this: Terms continue for any sim enrolled in university, even when not actively being played. This is something that's never happened in this game before. Ever.

My personal workaround and advice for any rotational player is this: Whenever I choose a sim to play at university, I play them until they finish a term. Then, I simply do not re-enroll them and go to play another household (there is a warning pop-up about them losing their scholarships, but this can be safely ignored). Sims can stay within this limbo of not-being-enrolled (or withdrawn) and re-enrolling indefinitely. As for all those unplayed NPC university townies, I combine and save them all early on in a household and once I stop seeing them around campus, I delete that (now broken) household and re-import the old version from my library. This does mean that these NPCs lose all relationships, but so be it.

A Happy New Simming Decade to all of you!

@DMDragonCT, I can see how not being able to play rotationally is a huge obstacle for you!

I can't blame you.  I've done rotational play when TS4 first came out, but I just didn't like the lack of control. But you have put so much work into your one save game that it would be painful for you to do anything else.

Still , if there might be others who might give it a temporary try, if only to test out some of the DU features, and then return to their regular game.  It isn't a good option for you , but it might be for someone else.

I honestly don't know why they did DU this way, since I am in the clear minority in playstyle.  They should have gone for a playstyle that fits how the majority of players use!

My only guess is that too many people might be tempted to cheat their way through uni by sending them to school and then playing other players, but still reaping the benefits of having attended uni without the actual work put in.

I'm glad you have a workaround that at least is somewhat helpful to you.  Thank you for sharing since it might also help others with a similar Save Game setup as yourself!

@PugLove888 If the game paused Sims' university progress when the household was not in play (so acting as if that part only was not "open-world"), that would probably be enough to prevent cheating. It's not like the university courses I've seen provide much benefit from relationships or skilling (unlike Sims 2, where "no progress of courses when household not in play" was a thing, but "cheating" course requirements was easy) - they require actions that can only be taken when the household is being played.

This method would still force players to complete the university experience for those students wanting a degree. but would allow other households to receive attention (and even pursue degrees, if they choose) at the same time.
Message 28 of 47 (1,158 Views)
Reply
3

@ieta_cassiopeia, I'm not saying that there can't be ways of better utilizing gameplay and not cheating the university experience and still getting a diploma.... I"m just saying that this might be why EA implemented a non-rotational gameplay style for Discover University.

I'm only making a logical guess as to why they might have decided to do this, and that was the only reason I could think of !

Of course, I think there would be better ways to handle attending Uni without cheating the experience and effort, while still being able to play rotationally, like in the example you gave!

@PugLove888 I think the way it is right now is far more like cheating. I mean, I played two students for one term, and then enrolled them in the second one. I switched households and played for a few Sim days. When I came back, the two students had finished their term and I had to enroll them for the next one again, which would be the last one because they suddenly had 8 credit points, without me doing anything for it. So if I had enrolled them for their last term and then went to play another family again, the two would have graduated uni the next time I'd visit them, without me working for it! THAT'S cheating your way through uni. I don't see where the cheating part would be if everything just stopped when switching households. No courses would be visited, no homework would be done, no progress in grades, nothing. Only when returning back to the students, where you have to work for it again.
I just don't get the point in this daft idea and it's pissing me off so much! >.<

(btw. sorry for any grammar and phrasing mistakes, I'm not an english speaker and sometimes it's hard to express the exact things I want to say...)
Message 30 of 47 (1,067 Views)
Reply
2
New topic
Twitter Stream