- New stories: It's been a while since we have no new stories in the game and new features. This has been a little repetitive.

- Skills: I want to practice painting, gardening or fixing a broken car. Skills should influence gameplay like being able to sell plant pots, use plants in food and sell paintings.

- Apartments: In the districts there are some decorative apartments. It would be nice if any were a habitable lots.

- NPCs & others: Return of death, thief and lack of hot water and electricity if you don't pay bills.

being able to purchase either by simcash, tickets, or STS leftovers .... being able to get the items missed from prior events/packages/freebies from FIREMONKEY.

there are LOTS of us who have missed gifts n events/careers prizes who would love to get the items from hairstyles... house items... or career events ....even the heirlooms some of us have missed

think everyone should seriously be happy to get items missed ... JUST BRING EM ALL BACK ...ALL MISSED ITEMS PLEASE

ways to delete old relationships ... new bosses that retire freely n on their own ... I know I’m not alone when I say we are tired of seeing old n frumpy slumped over sims 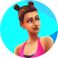 To be able to SELL all the stuff in inventory! Really, it's very annoying to not be able to get a little back, when you've spent so much on this stuff that is just taking up space! And yes, there are so many great suggestions in this thread. I was also wondering why I can't play my toddler and why she can't use her toys or anything - so it's all just for show?!

I am well pleased with the updates the Sims Mobile has given us so far, but there are a few more things I'd like to see. For instance...

1. Pregnancy. It's just a little weird have babies poof into existence. Adoption I suppose can get away with it, but for families? No.

2. Sim needs. It would give a more survival aspect to the game.

3.  More landscaping options. I need more trees in my life. But please don't make them cost an arm and a leg.

4. Less expensive stuff...please! I'm broke enough as it is.

5. A way to save my builds. And I would love to be able to share these builds with my friends.

My wishes are probably kind of boring, but here goes.

(I haven't gotten anything new in quite a while because my closet is full and I don't want to delete anything just to end up with something worse/double. Also wouldn't mind for there to be more clothes added from Izzy's shop, or in general for that matter.)

(Mine is already full so I keep having to reject new request and I feel bad about it. Also kinda on that note, maybe a way to send messages to your friends would be nice, other than through parties.)

(Having just STS and Wumples all the time gets kinda boring/repetitive.)

5. Being able to delete old relationships.

(I have a bunch of sims that have been in my game for a looong time. NPCs that I don't really do anything with anymore, and sims from other simmers that are inactive or have been aged up for a long time already. I wouldn't want them to automatically get deleted after some time though, because some of them I do want to keep around.)

- Pets! Would love to be able to have cats/dogs. Maybe even some other creatures.

- Some of my career buildings are missing an NPC worker, and have been for quite a while now. One of my sims works at the restaurant and has been on her own there for well over a year now. Would be nice if this could get fixed. (But maybe this is just me.)

Since we got the second and third floor, what is amazing ..i would like to have balconies or a basement. Or maybe swimming pools which you can create for your own...a hot tub which is integrated into the floor as a tiny swimming pool would be also nice. That it looks like a small swimming pool.

Idk what is possible to programm for you.

And new stuff at Izzy also would be nice.

@misterlama9000 Aw, that's so nostalgic. Maxis should do that. They got resources already.

The point of this game is simulating the real life or what life could possible do. The Hope is make us who play it become more humane. Thus, the way the game more realistic or futuristic is the great point.
I hope better sync in real life and game is accomplished.

Maybe the devs is taking it from statistically or quantitative method by updating what players want to be prioritized.
It's kinda heartbreaking if your request not fulfilled, but don't be, maybe it's on the next update. Don't leave the game. I've seen past post that have been fulfilled but not all just a point or few. That's a good sign that devs is also nice.
Hope the devs is in good shape and give the best they can do!
P.S. go devs! Sorry, I'm asking a bit out of the gameplay.

Don’t know if I’m doing this right cos I’m kinda new to all this but here goes:

the heirloom was only available in an STS that was played before I downloaded the game!

5) No more duplicate heirlooms - its so annoying when you save up all your tokens to buy an heirloom and then when you buy it, it’s one you’ve

already got!!!  And you spend 25 tokens to buy it and only get 2 back when you sell it!! And retirement heirlooms should definitely not be
duplicates of ones you already have - after all that hard work completing all the stories, to get given one you’ve already got is so frustrating!!

Love all the suggestions I have read so far - these are just a few of mine!