Re: If I bought the sims 4 for ps4 digital can I transfer it to a Mac

@Ellabug27 The console and computer versions of the game are separate products. You need to buy the Mac version to play on that.
Message 31 of 88 (287 Views)
Reply
2

I would like to transfer my sims 4 expansion packs and games to my laptop. i have brought them all on xbox and want to transfer them so i can get cc and would be easier please can you find away so i can.

Re: xbox to PC

Unfortunately The Sims Games and Expansion/Game/Stuff packs are platform specific. You cannot transfer a console game to PC or in your case a laptop. You would have to buy the PC versions of The Sims 4 and expansion packs etc to be able to play them on your laptop.

I'm really confused as to why this is such a common question and why people are frustrated with EA for not making their games to be able to play on console and PC from one version. It is kind of impossible to do so as the console and PC are very different and other games are do not work like that either. I cannot play Red Dead Redemption I have for xbox on my PC..it just doesn't work like that and it never has as far as I know. You can play game pass games on windows 10, but I don't think Game Pass has added The Sims 4 yet? I don't even know how game pass works on windows 10 yet as I have game pass for xbox only and don't want to spend the extra $10 dollars or so for game pass on my laptop because I am cheap. xD

Re: xbox to PC

@EmilyJasmine1, just like @xJaimerTheGamerx stated, this is something that isn't unique to the Sims 4.  This is something that I have even seen in the music industry.  I had originally bought a vinyl album and then had to upgrade to a cassette tape, and then a CD, and then 3MP, etc.  (My siblings even had 8-track tapes to contend with as well).

The same albums had to be purchased multiple times if we wanted to play them on different platforms.

That is just the way life is sometimes! 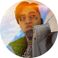 P.S. My PS4 account is linked to my EA account. Would USB chipping work much less be legal?

Is there anything you could do for that, and if not that is totally understandable.

I'm not saying USB chipping is my first resort I'm just saying that I've already bought many packs on the Sims 4 PS4 would it be aloud for my PS4 packs to come to my PC?

P.S. My PS4 account is linked to my EA account. Would USB chipping work much less be legal?

Please read the comments and solution posted earlier in this thread.
Games on console can neither be transferred between consoles.

EQ Avid Sims Player
I do not work for EA but I do volunteer at AnswersHQ to help others with their game issues.
EAGameChanger - The Sims 4 Gallery Creator
Gallery Tag: #EQCreations
Message 38 of 88 (279 Views)
Reply
3

Connected but my accounts don't match.. PS4 and PC

My account says that it is connected on Origin to my PSN acount, but I don't have access to the packs? I've bought Cats and Dogs on my PS4 and many packs on the PC, but I wish I could combine them. Do I have to buy Cats and Dogs a second time? I would hate to have to do that to add it to my PC gameplay but I would at least like to know what the circumstances are. :/