Hi! To make this quick... I’m going to list some thoughts and things I would LOVE to see in the Sims 4 base game/In General

-PLEASE either add more community property lot spaces and/or the ability to the lot Sizes!!!! Please god!!! And including New Maximum lot size to 124 x 124 vs 64x64???? S4 limitations  Really drive me nuts and makes me want to go back to S3 ugh 😩

-ability for sim to buy business in vacation districts

I am a build mode player and LOVE sims for that alone!!!!! I would love to see these come as an update, quick easy, simple and under the radar. ☺️ I feel I’ve paid enough in to The Sims now at age 30 and still hooked with every expansion and stuffs pack lol

@benji3692000 Moving this to General discussion and feedback

@benji3692000 Thank you for your feedback and sharing your ideas. You have some great ideas there that have been on the wish list of many of us simmers! 😊 To address a few:

SheriGR ☕ –  I don’t work for EA.
Me Too – if you also have this problem – first post on thread has this button
XP – for helpful comments (& to help others 'level up')
Mark As Solution – to help others find the answer to the issue now & in the future
Message 3 of 23 (353 Views)
Reply
5
Highlighted

I'm afraid I never saw much about The Sims 3 and I'm not veteran player. I just know some things due to watching my eldest brother play The Sims 2 on occasion when little.

CARS:
I've read of people having so much trouble with the Sims 3 open world and considering there at players even now who can only do so much via their computer and internet... I think the loading screens are fine enough. So maybe do cars like how they were done in The Sims 2. It will still have the loading screen and the separated worlds. It would need a short additional animation entering and leaving the car as well as for the car pulling up or heading out. (Maybe even add in the school bus animation for kids to teens.) Maybe even call up taxi drivers.

Extra: Be able to build garages, buy new cars or repair/make a car from parts. (I think that would be freaking awesome.)

Yeah, definitely spiral stairs. You can sort of make them in similarity to a stairwell, but the room required and the space it takes up is evil.

I'd agree to some extent on the larger lot sizes, but if this is base game only... I think we'd need a few more places added onto the current maps for Willow Creek, Oasis Springs and Newcrest... *Tilts head...*

Extra: Vending games for the base game. Get to Work and University have them and if you have some of the other packs you get the food stalls. They could be so useful when visiting a park or other commercial lot.

A Graveyard lot with some already preexisting tombstones with name, death type and/or epithet like how the decorative one in Pets has, but deceased Sims in your game will actually be placed at the cemetery… none of that, “You have to be on the lot the Sim died to collect the urn or tombstone.”

The last three things don't have to do with base game and would extend into expansion packs. *Shrugs*

@Player_jp5s5eav I had fun and flashbacks reading your post!

SheriGR ☕ –  I don’t work for EA.
Me Too – if you also have this problem – first post on thread has this button
XP – for helpful comments (& to help others 'level up')
Mark As Solution – to help others find the answer to the issue now & in the future
Message 5 of 23 (317 Views)
Reply
4
Highlighted

Objects
The cars in Sims 3 were nice, the flying saucers were also great means of transportation. I would like to see the elevators return in Sims 4 as well as the spiral staircases. Buying stores, hotels (I see these as objects) and other means of making money could be nice but not really necessary because there ar to many ways to make lots of money (and of course the cheats)
I would like to see the ability to buy more lots so you could play with bigger households or extended families. But also to start a business on.

New extension pack
I definitely don't care for the new extension pack 'knitting'. Other hobbies like you wrote about: 'fixing cars' have my interest too. Hobbies that Sims would be able to do in 'man- or woman caves'.

Faces
There is one thing i would like most and that is more options in CAS. To make it more life like i would like to see te possibility to make a face in two halves. All within 'normal' parameters of course. Wouldn't it be lovely to create a sort of crossed eyed Mary or Jack?

I know that there are a lot of rumors about Maxis EA working on a Sims 5. Let's hope it will be better than ever. 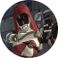 Lol. Yeah, good luck with that!

Where would they drive? The 50 yards to the end of the street?

Now this one I agree on. We need spiral staircases. Have no idea at all what you mean by terrain levels. Houses don't have terrain inside. Unless you mean putting a spiral staircase on the front lawn?!?!?!

-PLEASE either add more community property lot spaces and/or the ability to the lot Sizes!!!! Please god!!! And including New Maximum lot size to 124 x 124 vs 64x64???? S4 limitations  Really drive me nuts and makes me want to go back to S3 ugh 😩

So, basically you want a COMPLETE redesign of ALL existing worlds, which would basically make EVERYONE's save game incompatible.  Good to know... yeah.

No idea what this is.

Uhm... we already have elevators.

? Like the buildings we already have? Or do you just mean CC? Hotel front desks?

-ability for sim to buy business in vacation districts

We can already do that.  Oh, you said "Vacation"... you mean the ONE vacation district we have? Granite falls? You want to build a business in Granite Falls...  yeah.. ok. Don't think I've even been there in over a year.

@PsychotpsThe mother post was wanting elevators and hotel stuff in the base game. *Shrugs.* So yeah... why it even mentioned the elevators and hotels for base game kind of makes it hard for me to determine if benji3692000 just forgot the original standard he set, or if he really meant for the post to extend to expansions, game packs and such...
Ultimately I just stuck with the Base Game parameters. Otherwise, my post would have been a heck of a lot longer.

@Trismagistos Thank you for your kind words! I love hearing creative ideas and troubleshooting on gameplay, and pack and game possibilities. It's fantastic that we can post feedback and ideas here and that EA provides and opportunity to do so! 😊

💡Love your career ideas!I agree that the policeman and firemen would be great to see turn up again - and maybe even a burglar here and there - especially if my butler can kick his butt! I'd love if I could report shoplifters in my store to the police, and if those rascally vampires could be called in for home-invasion if you have a nice alarm system or call the police (rather them them taking over the home as soon as they enter the home and there's no fighting them or removing them forcefully. I hate vampires, but if I could fight back without being all 'into' what their folklore and all are, I could have some fun with them.

🤔I must say I am fascinated with this idea of a psychotherapists. I loved Sims 1 & 2, (but unfortunately not 3)... was this a career in the past that I never played? I have no use for playing an 'erratic' sim currently, but if there was something like the chance to get them therapy and improve, etc., I would actually play that and have fun.

👍You mentioned wanting the 'soldier' career/ Strangerville includes the military career, so that should be enjoyable to you then! Also, you mentioned buying stores? My favorite part of Get to Work is the retail business option that it includes - so I build, buy and run retail stores with my sims and love it! And Discover University has the teaching career, so that may be another pack of interest to you.

🏠I also love playing large households (mainly or entirely extended family - it takes a village and all)! I find it a good challenge for many plans, though not always. I would also love to be able to 'officially' live on the same lot as my business. I have built and run businesses with where I had the family (with a 'technical' other home lot) live completely or partially on the retail lot (above the store or in the basement) but you have to do it as a workaround and it involves some inconvenient and wonky details doing it that way.

Thank you for sharing your creative ideas! 💡

SheriGR ☕ –  I don’t work for EA.
Me Too – if you also have this problem – first post on thread has this button
XP – for helpful comments (& to help others 'level up')
Mark As Solution – to help others find the answer to the issue now & in the future
Message 9 of 23 (242 Views)
Reply
3
Highlighted

@SheriGR You are welcome! And for your information, i have all the packs from Sims 3 and 4 and i have the base game for the Sims 2. Probably i discovered Sims 2 too late in life

By the way, there were no psychotherapist in Sims 3, but it would have been fun though. Like you stated, helping the unfortunate Sims that for instance have the insane trait or helping the snobs or the 'criminals'. The idea to have your 'erratic' sims gain other traits through that proces would be a game changer, especially when emotions are the main feature in the Sims 4.

By fireman- and soldier careers i, in fact, ment the in game play, like the medical an detective career. Also the Acting career provides the in game play that makes the Sims overall a little harder to play and nicer too.

I agree with @Psychotps when he mentions the fact that cars would not contribute anything at this moment. But, like in the Sims 3, when the worlds would be more open and the interaction with the neighbours easier, cars can again become a gameplay option. But than again what or how about the compatibility of the game saves.

I slayed a few vampires with my sims but unfortunately my sim was not able to eradicate them in my game. Like you, i despise these creatures.

It is good to reminisce here. I sincerely hope EA will notice our creative ideas and give them a good thought.