Unpopular opinion: I want opportunities back.

Unpopular opinion: I want opportunities back. 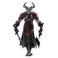 We all hated them in TS3. "NO I DO NOT WANT TO GO ENTERTAIN THE SICK CHILDREN", we'd shout. But here's the thing. You could turn them off, and many of us did. I'm not surprised they didn't bring them back since everyone hated on them so much, but I now find myself missing having atleast the option to enable them.

Especially the ones from World Adventures. Those were actually so good. A year or so ago I played World Adventures for about two weeks and what a well made pack! Props to anyone involved in it! I miss having overarching storylines for the locations and boy the Landgraab Chateau *chef's kiss*.That was beautiful. Multiple smaller stories that reveal a bigger mystery and let you explore a different area of the castle. IT WAS SO COOL.

It wasn't as big as say, Strangerville, because the world didn't ACTUALLY change. Nothing really did, other than maybe your relationship with the quest giver. But they were fun quests with lore and stories that someone clearly had fun writing. And I think that's the beauty of it, which is why it was so easy to toggle off.

(And the puzzles in world adventures btw?! Someone actually made us puzzles for the locations where YOU had to think instead of your sim! Were they hard? Not really. But it was new and refreshing! I really enjoyed it.)

Sometimes I just want direction for my sims, I don't want to be responsible for creating a story for every save I play. So the option to have stories for special locations that you could easily turn off, I miss it. I miss it a lot