The game crashing haven't still been fixed in the latest update, why? 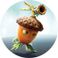 @KathPx Okay, so it doesn't seem to matter if you have one or more saves, still it crashes in them too.. I thought maybe i'm doing it wrong by having only one save :/

I don't know if you're a ps plus member, but i can see the size when i click The Sims with the small right button "Options" (i mean before starting the game, when you have just opened ps) and then select the first option "Send/Download files" and it opens a window where i see how big is the save/autosave/gallery etc in the console (in the left side) and in the cloud (in the right side).. (BTW my console is in Finnish language, so i'm not sure if i use the correct words :D)

I have also too send the other games save files to the cloud and removed them from ps, but it was a waste of time to do because it doesn't improve Sims working..

I guess that they are aware, like in my original post i was wondering "how could they miss this?" since there's new posts popping on every single day to the forums with the title "console crashing problems"

But the "help" is always the same, do the power cycling, remove and upload your game etc...
But it would be nice if some big "annoucement" would come up and inform that "we're aware of these problems and we're really trying to fix it asap". Now i feel like they're just sweeping it under the rug and pretending the problem isn't there? Since it's not mentioned anywhere..
Message 11 of 15 (180 Views)
Reply
1
Highlighted

Hey. I can't find out the size of the save files unfortunately, I had a look but couldn't see the option anywhere.

The crashes seem to have loading or saving in common. I think there's an auto save feature but I'm not completely sure. So like, when you come out of build mode, the game has to load back to 'live mode', and it crashes. When you take a photograph in game there's always a lag as the game loads back up, and it crashes, coming out of CAS causes a crash during loading. Dunno, may be wrong but that's what it seems like to me.

Did you buy Tiny Living? I was thinking of uninstalling it, but I don't know if the problem would be with the update, and not the game itself.

@KathPx Yeah that sounds very true! And it's a shame that the autosaving can't even be turned off. Because my save is ~134Mt and the autosave is same sized, there's like double trouble because of this.. Like for the ps to handle.. I used to save once in a day, when sims got to bed or early in the next morning when they woke up, but now have to hit safe button many times during the day because can't be sure will the game work the whole game day without crashing.. And it's not nice to play the same days over and over again many times.

I bought Tiny Living too, but can't tell if the Tiny Living "broke the game" even more, or is it just somewhere in the super long list of other fixes that they made to the game that made the gaming so worse than before..? Or is it once again that "too much content" problem, now because of Tiny Living our game is a littlebit bigger and harder to run

I tested yesterday travelling from 20x20 lot in Windenburg to 64x64 lot in Selvadorada for a holiday, yesterday i got even to choose to go on a holiday with the phone, and who i wanna travel with, but the game crashed in the loading screen once again.. (I always send the reports to Sony with the recorded video clips, and they must be fed up by looking at Sims loading screens if other players send them too, haha. :D)
On Friday when i tested traveling from 20x20 lot of Brindleton Bay i couldn't even get to pick that travel companion/where to travel but the game crashed instantly after picking "go on a holiday" on the phone. I tried that twice and then gave up. I don't know if there's some lots that are broken or why it doesn't work? I also tested traveling from San Myshuno, and i got to travel twice, first to Strangerville and second to Sulani, and then back home. And everything was fine. And i didn't spend any time at the lots, when the game loaded i instantly choose to travel again and it worked three times in a row. It's so hard to figure this out!

Some simsguru help would definately be needed on our questions :D I have seen that some talk them in Twitter too, but unfortunately i don't own Twitter myself..
Message 13 of 15 (150 Views)
Reply
0
Highlighted

@KathPx Hi KathPx, i was just strolling through the "Technical Issues - Console" page, when i noticed that EA_Lanna has commented on this post yesterday: https://answers.ea.com/t5/Technical-Issues-Consoles/Sims-4-keeps-crashing-during-game-play-Xbox-One/... about how they're investigating this crashing problem, and players need to send them bug reports

Maybe we are finally being heard for this major problem? I just thought i give you heads up about this!
Message 14 of 15 (101 Views)
Reply
0
Highlighted

Aaw, thank you, very sweet of you to let me know. What a relief that they've acknowledged the issue. Hopefully we can get back to Simming soon