We have fixed a few issues from our latest release that we’d like to call out:

Thanks for your patience! This was a BIG release, and we are working out the kinks

But I liked making my co-workers look like mental patients from the hospital. They were working real jobs on a day pass. 😂 After this update are they going to look like real co-workers again?

I'm bummed that good features (this time the coworker NPC makeover) keep getting removed and more bugs being added. I'd like to see that feature back, along with all my missing CAS items and unlock the relationship heirlooms I already played through. Plus having the item overlap glitch be reinstated as an actual feature or at least letting more items be placed close together and objects on the wall being allowed when there is a floor object in the same spot.

Edit: This is extra frustrating because some of my coworker NPC have been stuck in their work places since the beginning of the game. If we can't kick the elders out I'd at least like them to look young

@theresebelivets I got my elder coworker at the fashion studio replaced by keeping them busy with one of my Sims. Haven't had the luck with the one at the hospital.
As SimGuruMaaike said, they are still working out the kinks on the other bugs. Hopefully, everything will be resolved soon.

@SimGuruMaaike What about those we have already makeover? I noticed an update yesterday but one of my sim's NPC previous co-workers (currently this NPC is in a friend/romantic relationship of my house sims) has retained the makeover.

I have just opened a Retirement Chest and received the Old Rivals relationship story which I think was originally a relationship option since I started the game last year. And of course I already completed it before.

Sobasically it only gave me the heirloom I couldn't sell, but it feels like a waste of energy because it doesn't give me anything I didn't already have.

@dissenterjasmine it seems coworker can keep their current makeovers.

@aancsika the heirlooms are new, so you would unlock them but it won't unlock the story for you because you already have them:
https://answers.ea.com/t5/Bug-Reports/Open-Relationship-heirlooms-locked-while-story-is-done/m-p/757... 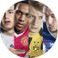 After the update, retiring sims has changed. There is a birthday cake that can be clicked that appears above their head. I am concerned that if I click on the birthday cake, it will automatically retire my playable sim without giving me the option to retire or choose later and keep playing.

I retired a sim once before, he became non-playable, and later on a birthday cake appeared above his head. I clicked on it, and he was automatically moved out.

Let me put your mind at ease @ksofia3, if you click on that birthday cake now, it won't automatically retire your sim. It'll ask if you're sure you want to retire, and you tell the game "not right now" and that cake won't come up again (in theory). When you're ready to retire her, you can go to the sim character tab and there will be a place you can choose for retirement.

On the off chance that you click on the birthday cake and it does automatically start to retire your sim, here's what you can do. As quick as you can, force-stop the game. Then turn off your internet connection, asap. And for good measure, you can restart your phone. I've accidentally clicked the retire button, and this process saved my sim.

Thanks so much for putting my mind at ease 💆‍♀️. Awesome, good tip to know about saving sim. I have an iPhone. I've tried swiping out of the game and closing it.(That's how u force quit the game right? or is there another way?) But I never tried turning off wifi and restarting the phone. I'll keep that in mind. Thx!