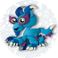 I wish sims on The Sims 4 could autonomously scoot over in Dine Out booths and all double beds.

I recently bought the Dine Out game pack specifically to make retro diners in this story i'm working on, and I was really disappointed to find out that along with a number of other issues in this 4 year old pack, the booths just don't work very well.

Most restaurants and diners in real life have booth seats across from each other and against walls, which is why when I bought this pack I assumed I would be able to replicate this. But neither of those things are possible without the bb.moveobjects cheat. If you use the cheat to place the booths like real life diners then you'll have a bunch of sims standing around your restaurant because the first two sims to sit down will only sit on the outer seats preventing the rest of the group from sitting down, thus making your four-seater table unusable.

Now just like the scooting on double beds, I know there is already a scoot animation in the game for booths because you can make sims scoot over manually. They just can't do it by themselves, which makes your restaurants full of NPCs and non active sims non-functional.

A fix to this problem would be to just make sims be able to autonomously scoot over. Be prompted to scoot over to the inside seat when another sim wants to sit down, and then have the sim on the outside be prompted to stand up when the sim on the inside wants to get out. It would allow group patrons to sit in four-seater booths that are against walls, giving us the ability to replicate real life diners and it would allow a sim couple to sleep in a bed that's against a wall, which is useful for tiny living builds.

@charlatanangels, I don't know if EA will fix this or not, but it is an excellent suggestion!

Now that the sims team have fixed the scooting issue on the double beds, it would be great if they also looked into fixing the scooting on the Dine Out booth chairs.

They announced that one of the game packs will be getting a "refresh" in their recent Inside Maxis livestream. If the chosen pack is Dine Out I would love for them to include autonomous scooting in booths so that we can finally place them against walls like in real life diners.