I don't know if this is a feature of living in Yukimatsu (I've changed the rental lots to residential) or a bug, so I'll post it here first. Random sims have been entering my home without bothering to knock. Usually they're just chatting with my sims, but the last straw was when Yamachan stole some of my harvests. 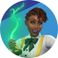 Honestly, that's been happening in my game for a long time. I've had to use a mod to get rid of intruders, otherwise they'll be there until one of my sims travels to another lot. This has been a problem of mine for a year or more.

@SennaWales When one of your Sims starts chatting with Sims that come around your house it could be seen as an invitation. So always lock your door. When you click your door you will see the possibility to keep away neighbours, vampires, stalkers etc. click these options and you won't get any visitors that aren't invited by your Sims.

@Trismagistos No that's not it, especially because there's no option to chat to Yamachan for example. This happens when the family is inside the house doing their own stuff, passers by and sims that my family have some sort of relationship with (but with no key) just walk in, and the chatting starts after they're inside the house. I'm also singling out Yamachan because she (Octavia Moon) makes a beeline for my plants, and this happens more than once so it has to be some form of script.

I don't really want to resort to disallowing visitors because I like them here sometimes, just not uninvited or stealing my plants.

@SennaWales Not gonna lie I laughed a bit because i remember the times i was a global superstar and would be swimming in my backyard and paparazzi would just walk through my home right into my backyard to take pics, very annoying. Anyways on topic, i don’t have that dlc yet and when i’m not a celebrity people actually knock on my door. So might be a bug or maybe dlc related?
Message 5 of 7 (163 Views)
Reply
1

I laughed at the stolen harvestables. 😅

It reminded me of the first time I played Sims 3 Supernatural and the Zombies attacked my tomatoes. 😰

Anyway back onto the topic, yeah I have that issue also, I think the first version of this issue originally started up with City living, when the neighbors would randomly decide to use your sims trashcan instead of the trashshoot in the hallway,  though I thought they fixed it. 🤷🏻‍♀️

I know that the issue as we know it currently also started with Island Living.

Its been happening alot off and on for me lately also. I have to remember to have my sim to send the uninvited sim home when they won't always leave of their own accord.

Most recently had ran I to this issue in City Living with that annoying teen from the karaoke legends apartment who decided to waltz right in and up the stairs to the computer after one of the two new sims had to yell at them to turn the music off, all they wanted to do was to go to bed after a long day of moving in and the kid had the nerve to just stand there and stare back at him staring at her and all her blank stare of a reaction said in return was "what?" 😐

Don't think any of my sims who have encountered the uninvited have had anything stolen. . .

@SennaWales I found a way around that by giving wanted Sims the keys to the house. So when the door is open the just come and visit. But because my Sims are also celebs, I have to keep an eye on the door, I frequently lock it and re-open it when family and wanted guests with keys come around.

@Wholesome_Goth These random visits and intrusions were fixed in the March update. Then EA also decided to give an extra by denying entrance to Vlad, neighbours etc. But it could well be that with the last update these fixes were undone.

So I will check it out and try to reproduce the situation in Yukimatsu. Anyhow, Have fun playing. 😉
Message 7 of 7 (139 Views)
Reply
1
New topic
Twitter Stream