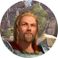 Been a while since I was here last, but I have to admit the latest release of Eco Lifestyle, and the survey that came out for it recently, got me thinking quite a bit about the most recent patches and features.

I'd like to summarize a bit on the good and the bad that I've seen so far with the most recent patch, and potentially get other opinions on the release as well. While not all of what I'll be taking about will revolve around the content, I would like to strike up a conversation on both features current, circumstances current, and what's in the pipeline for the future.

Let's start with the positive stuff:

- Recycling/Breaking Down Items into a Psuedo-Currency: This was a great idea that really permits me to empty out useless items out of my Sim's inventory, and the household inventory. There's a few small bugs I've run into with this (Such as some objects showing up as #DEBUG# in the inventory list), but otherwise it's really nice to be able to turn something that had limited/no use into something functional and of more immediate use. The concept of Fabrication also is a nice touch, and allows for crafting items not normally attainable via the Build Mode. I hope this gets expanded upon so that even more things can be created via fabrication, use of the unique bits & pieces currency, and perhaps even other means that could bolster gardening and the like. The concept of composting was finally shown in one of the toilet upgrades...perhaps composting bins aren't far behind for a Stuff Pack?

- Community Lots/Gardens/Etc: This finally allows for more venue types than just "Residential" and "Commercial" lots which I always had a hard time breaking out of my mind since my old SimCity days; actually having lots that can contribute to everyone's well-being and hobbies really adds a new dimension to the game outside of just skilling up and visiting a specific lot type once in a while. Now there's actually a reason to go to some specific lots rather than just to achieve an aspiration goal or get a unique object. Eventually I'd like to see these lots get a lot more autonomous use and potentially even have social events that have Sims from the neighborhood all contribute into making large projects...kind of like a "great work" like SimCity offered back in the day; it'd not only encourage Sims to work together or against each other, but it'd also even incentivize players to make more Sims in the same neighborhood to help diversify who all shows up for such activities.

- Bill Management: This was one of the biggest highlights I saw in the patch before Eco Lifestyle released; being able to see how bills are affected really started to tickle the old accountant skills in me, and mitigating that bill down to pennies if I could became more fun than I ever thought it'd be. In regards to my Eco-focused Sims, I really began to take advantage of not only the day/night cycle of the game, but also the rainier parts of the seasons to really cut down on water costs. With my more industrial Sims, they would generate water using the water generator machines, and would burn fuel whimsically via a veritable legion of gas-powered generators in their basement. I did get to see how NAPs also come into play with this, either giving you a reprieve or penalty on your bills...I go into more detail on NAPs below. I'd like to see more features available for bills if possible, and hope that bills don't stay dirt cheap, especially for overly lavish houses...

Now for some of the opportunities; they're not necessarily bad, but they leave some questions:

- Eco/Industrial Lifestyles: Good idea in concept, though I'm finding it difficult to contribute to a less-than-eco-friendly lifestyle in regards to some of my less-than-friendly Sims; there's some Sim households that I want to live an unhealthy lifestyle, or at least cause misery for others because that's just their nature and desire to make others lives harder while they benefit from the rewards. Looking away from the Industrial Lifestyle, seeing what an Eco Lifestyle can bring really helps make "good" Sims who love nature and a clean habitat press forward and live a great life. I think if the game wants to create a fair balance between both Industrial and Eco Lifestyles, there needs to be more options on both ends that can really expand the lifestyles further. Eco for example, why not have methods to gather water or something to fill a water purifier to save on water? It'd give a secondary use for fishing/water sources. For industrial, perhaps there can be some methods to harvest oil and refine it into fuel? Fossils for example could be a means of extracting oil to turn into fuel, just saying...

- Bugs? Bugs: While it has multiple references, in this case I'm talking the Grubs and Beetles; they have very limited use so far from what I've done with them, and unless I have one or two Sims dedicated to just their nurturing and upbringing, it just doesn't end up very worth it to take care of them, especially compared to taking care of Bees which produce honey, wax, and a pollination boost to my gardens. Bugs provide bio-fuel, unique resources, and a means to entertain Sims in some cases (Or sicken them, a la Squeamish Sims); I think they just need a little bit more incentive to actually use, rather than rely on a harvesting every 24-hours that may-or-may-not be worth it.

- NAPs: I'll be honest, NAPs have effectively become my least favorite feature of Eco Lifestyle, and mostly because of the lack of control that come with them. The concept of NAPs are good; they help you develop influence and eventually be able to enable/repeal other NAPs, however a number of NAPs (One in particular that I'm sure everyone has already complained about) make it so that odd autonomous behavior begins to occur regardless of what lot you're on in the neighborhood in which its affecting. I think NAPs need to really be looked into and tweaked so that they don't ruin lots or gameplay overall; I don't want to be relying on cheats just to repeal certain NAPs either because of the amount of effort it takes to get other Sims to repeal a NAP too, especially considering there appears to be almost no control over this if you're in a neighborhood with no neighbors!

Where do we go from here?: Now that Eco Lifestyle has been released, what's the plan going forward in regards to features currently available, and what's to come in the future? Are there a number of Bugs (Mechanical this time!) that need to be quashed? I definitely think so.

Hopefully that didn't come off too long or overbearing; it's been a while since I posted here last or helped anyone out, and I had a lot I wanted to ask.

Time to open the doors to discussion.