So, as we've already established in other threads, I'm not opposed to a little plastic surgery (cas.fulleditmode) on my more unfortunate age ups.

Geoffrey and Nancy Landgraab had a daughter in my save. The poor lamb got Geoffrey's face on Nancy's physique.

Well, I wanted her to, you know, still look like herself, so... mild, but I think it helped.

@simsplayer818 , I love both of your builds!  I've never seen Encanto, but that building is right up my alley! 😍 Maybe I should see the movie! I can't wait to see the interior!

Do you plan on uploading this in the future?  Is the Chieftain's Villa on the Gallery?  (I really should have asked this for all of the Sims posted on this thread, but since i'm not the best builder, I'm always on the lookout for buildings I can put into my game! 😅)

@xochiquetzl_xkvn nice work on the "plastic surgery" you gave Nancy and Geoffrey's daughter!👍 She still looks like herself, but not so rough around the edges, as many Sims end up looking when we age them up from children! (the new Alexander Goth comes to mind! 😱😅 )

@PugLove888 Thanks, I was being careful not to infringe any copyright so made my own interpretation. It's a beautiful film (tissues, just saying, many tissues) the house is a character of it's own which is a living thing, it's the beating heart. I haven't uploaded any to the gallery as they are so content heavy and use most packs. It sometimes can be frustrating I think when you add a gallery lot and chunks of it get removed. I want to finish my Casita today as I have a new console to try a different game on weekends. I'll add my Sim, Lyra Aguirre next week and I think Lyra may adopt a toddler too as Casita in the film is a safe haven it literally wraps itself around refugees which I found incredibly moving.
The Landgrabb theme here by @xochiquetzl_xkvn is another inspiring one. I've never played as Landgrabbs! I always steal their house as they feel like a sworn enemy and their lot is perfect for a huge Spanish style mansion coincidentally for the family of Lyra Aguirre which I'll try and add an image of here later. But it's giving me inspiration to maybe give them another house and show them some love.
Message 43 of 89 (189 Views)
Reply
3

Here are a few pics of my newest couple using the Moonlight Chic Kit! 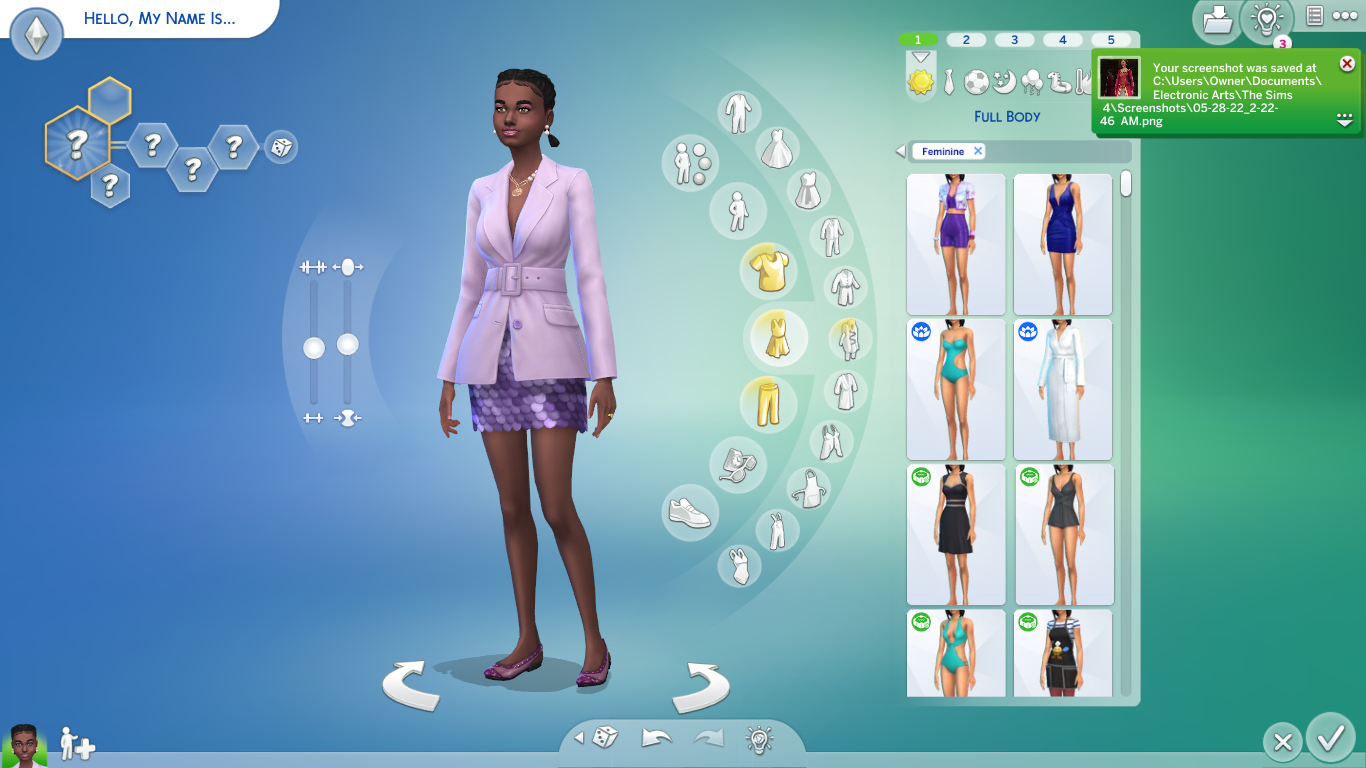 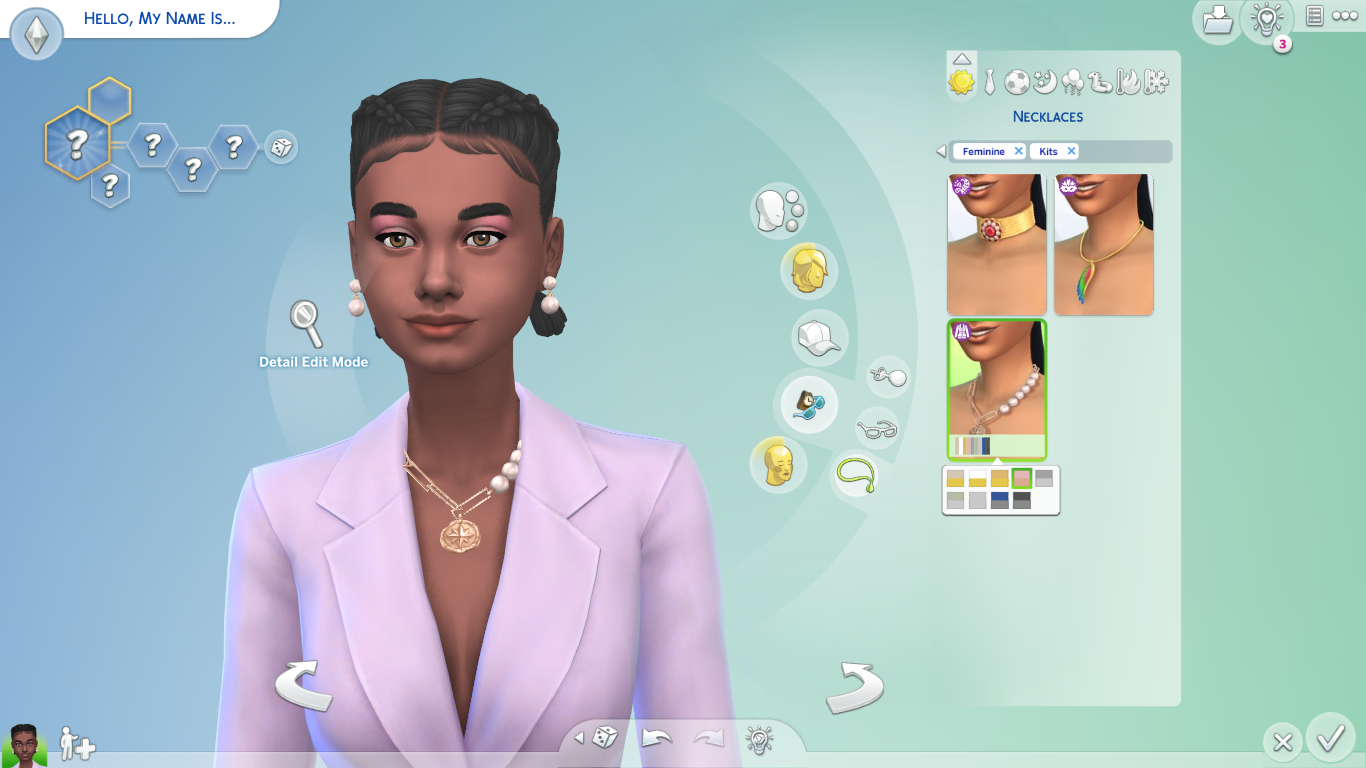 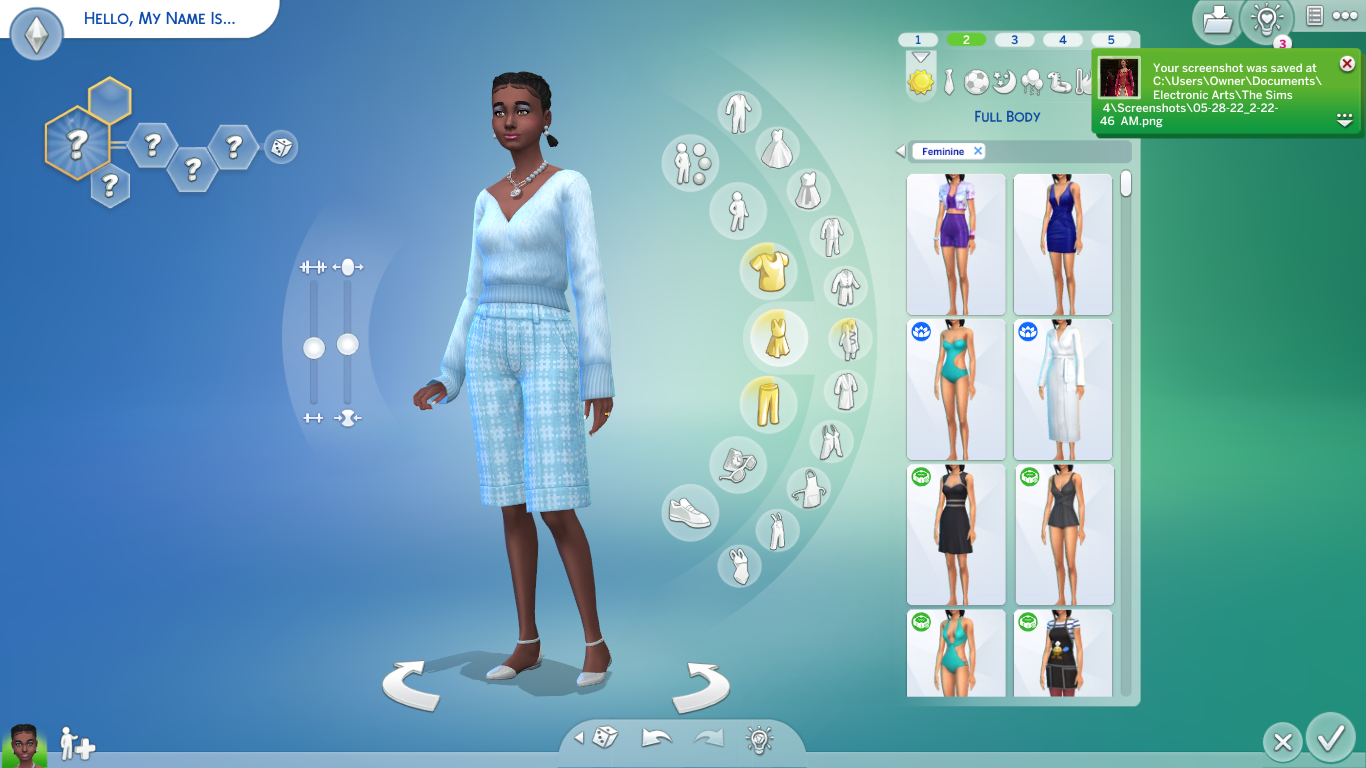 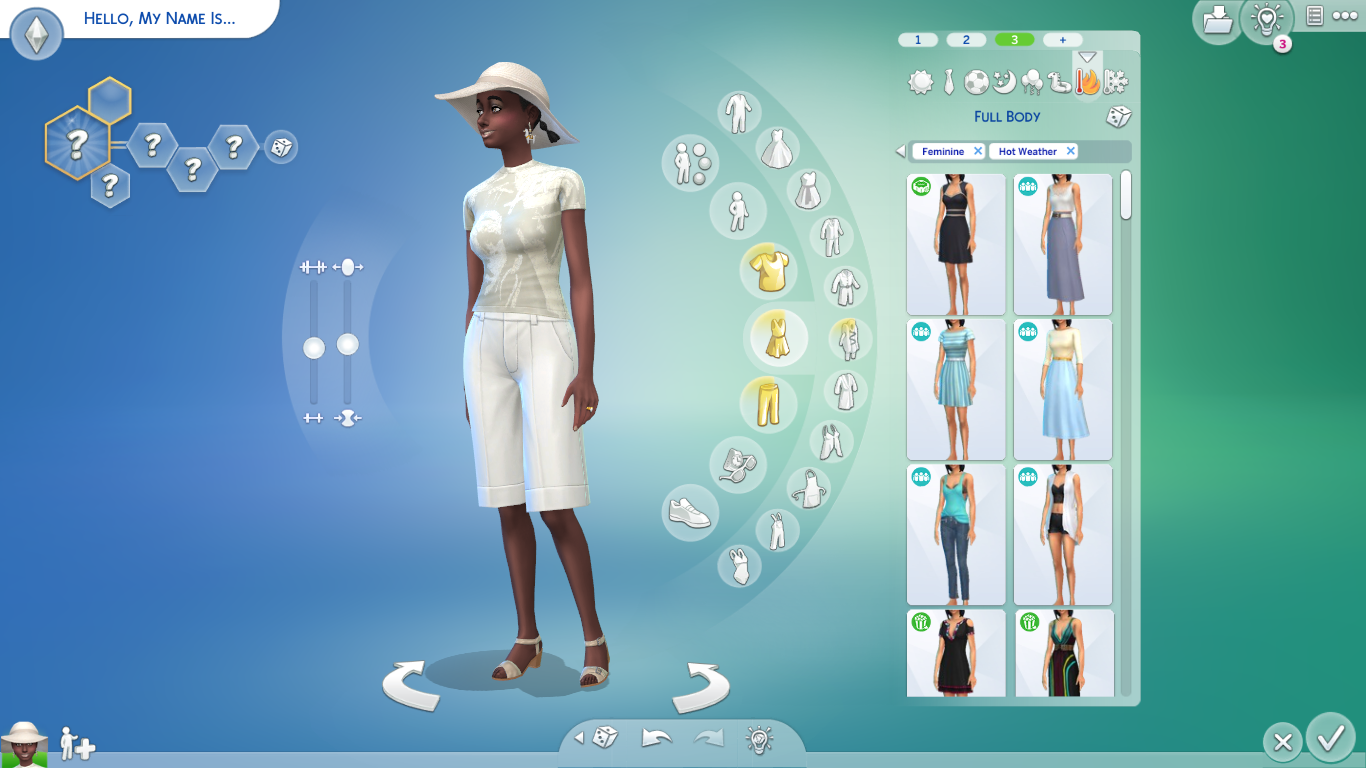 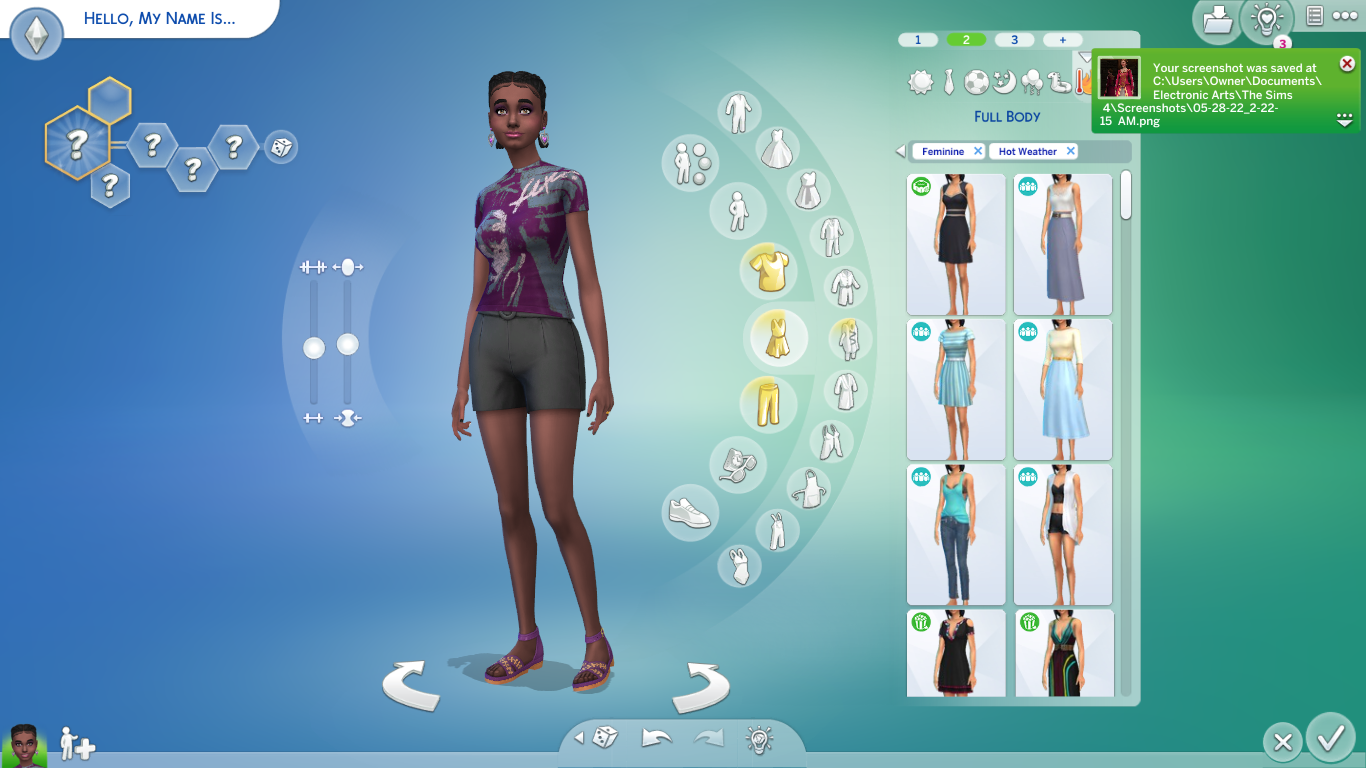 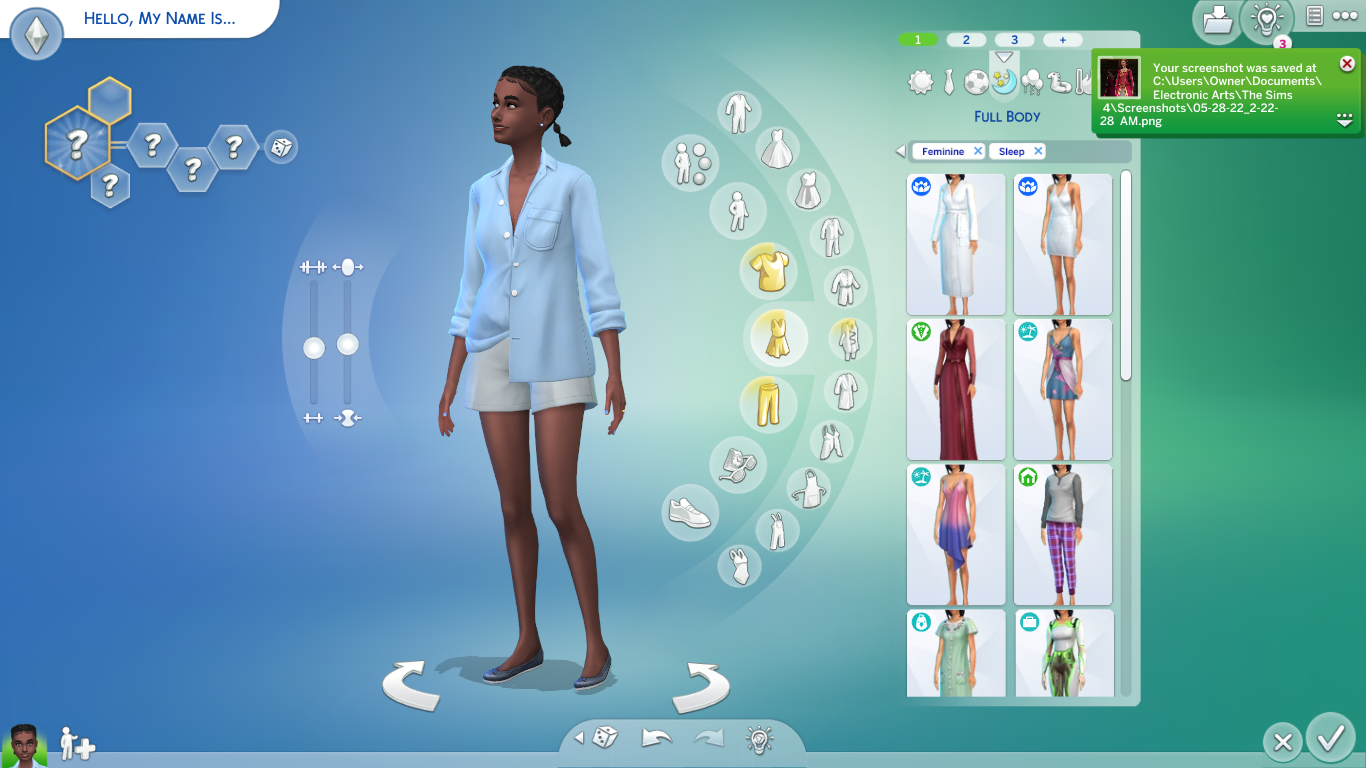 Cold Weather (Pants and earrings are the only things from the new Kit). 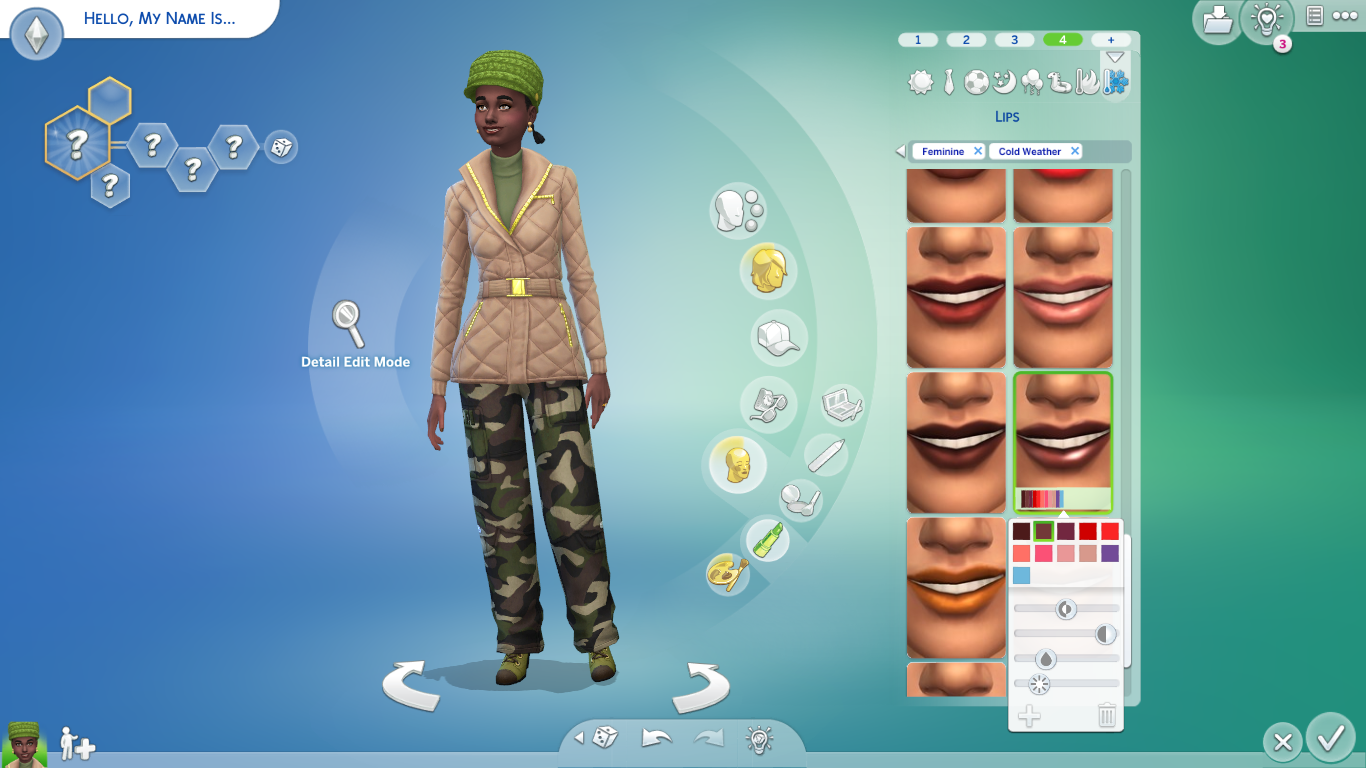 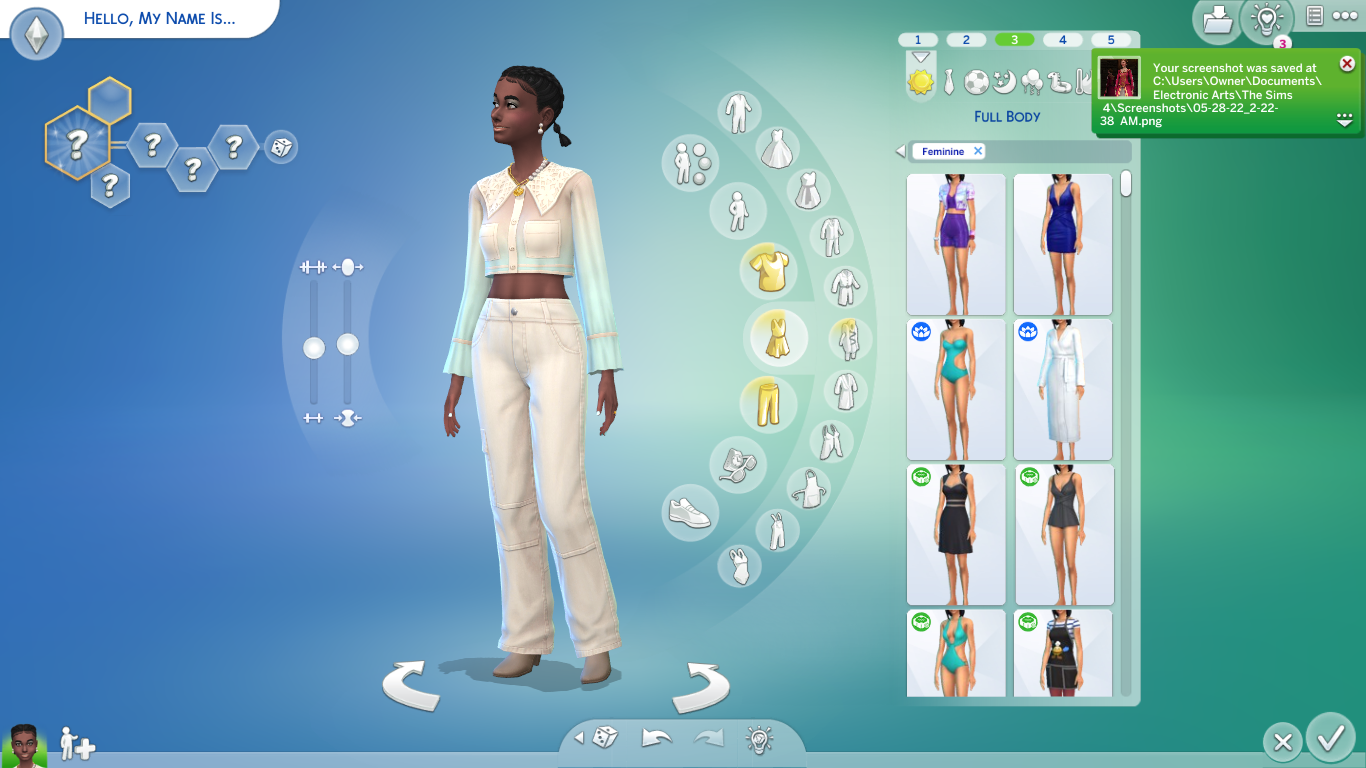 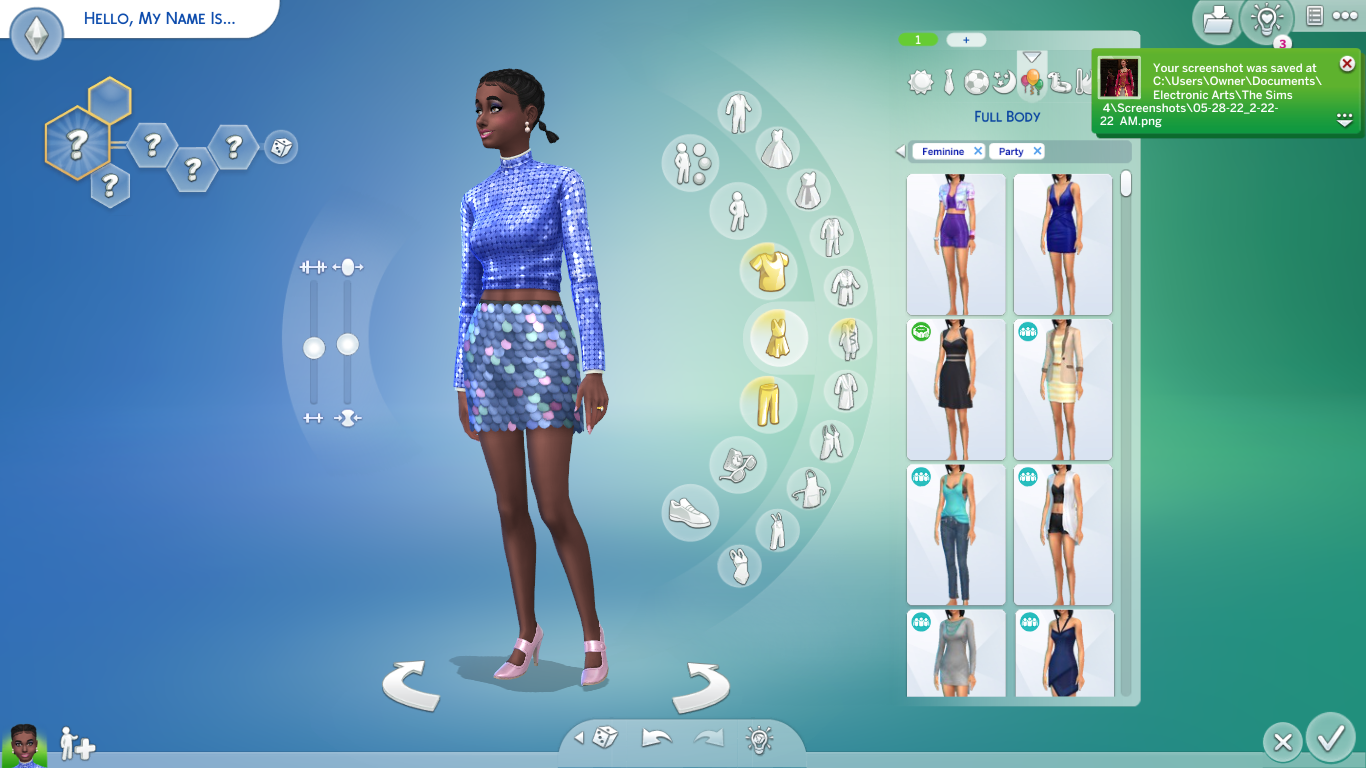 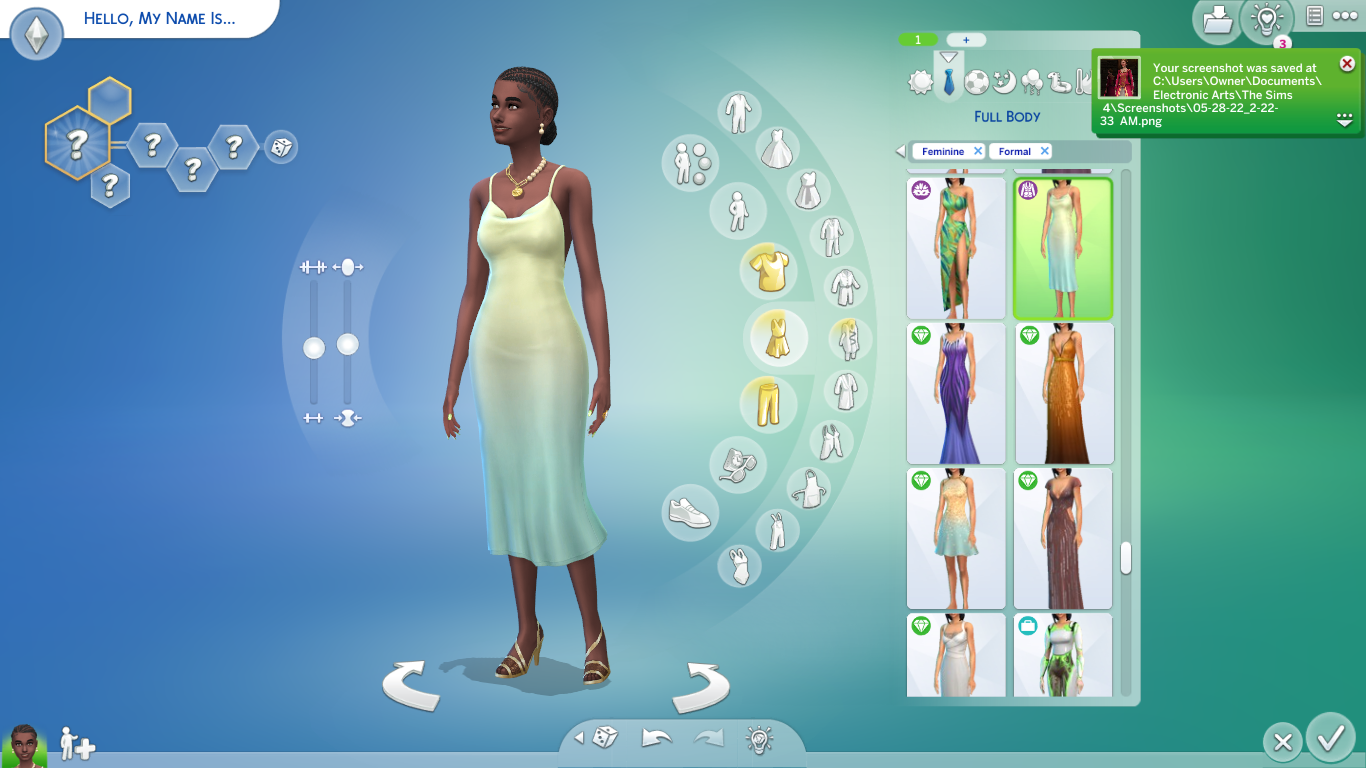 There were more, but I'm trying to keep this short since I have 2 Sims. I'm showing a bit more pictures than with my other Sims since this is the new Kit. 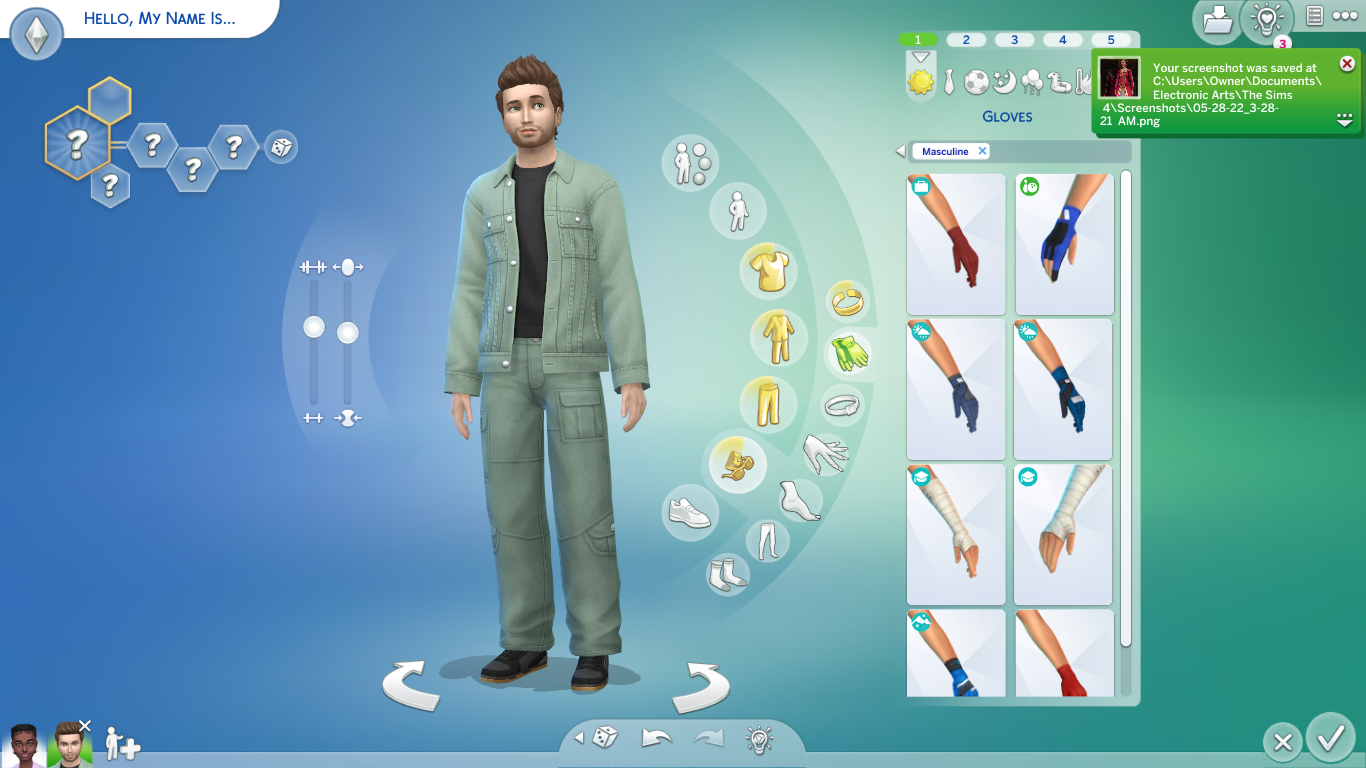 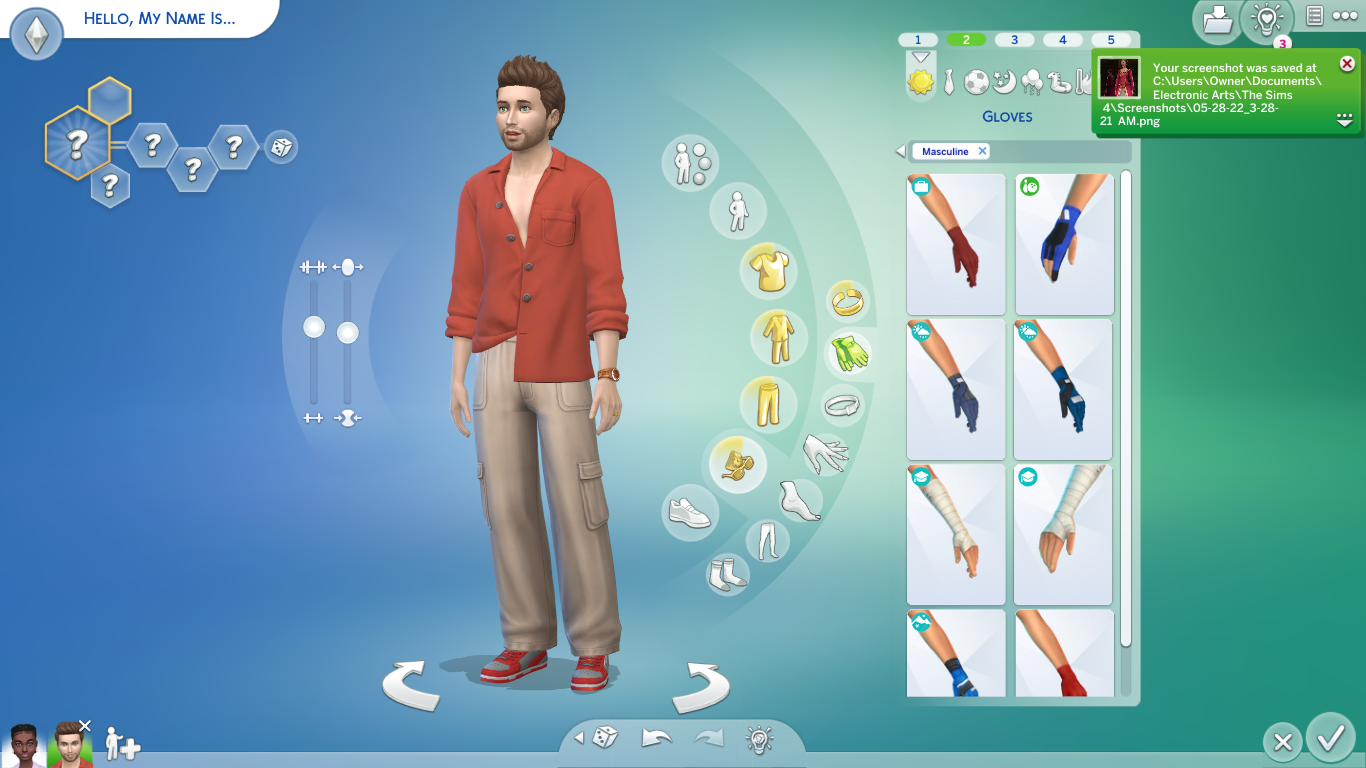 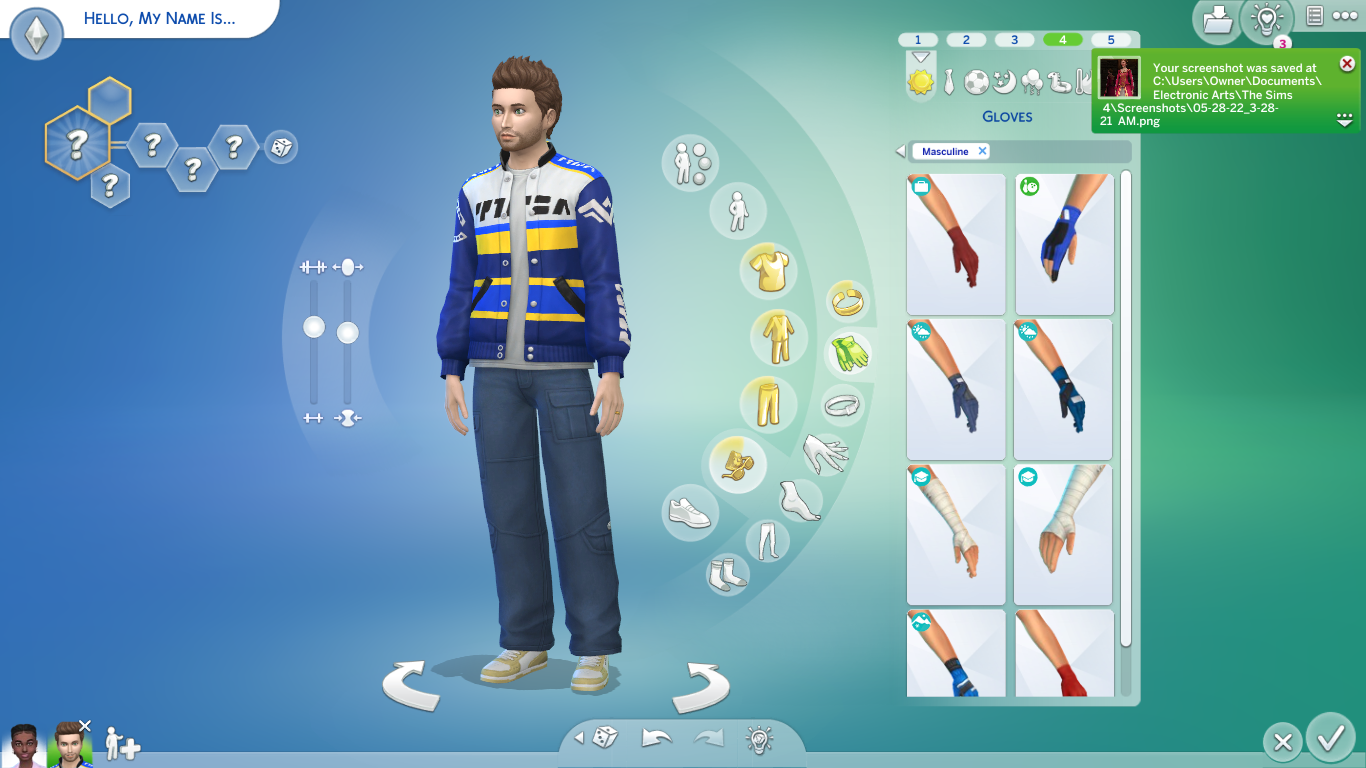 Hot Weather (shorts and glasses are from the Kit) 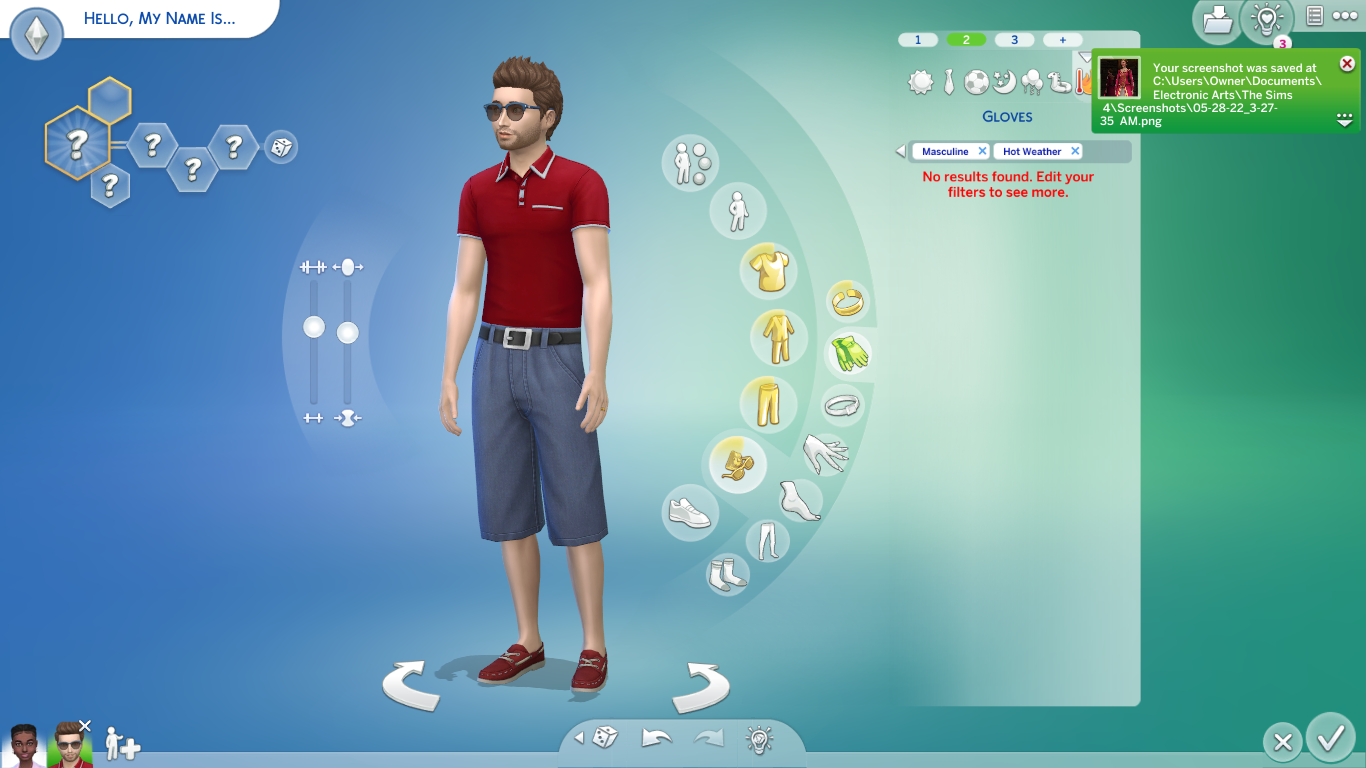 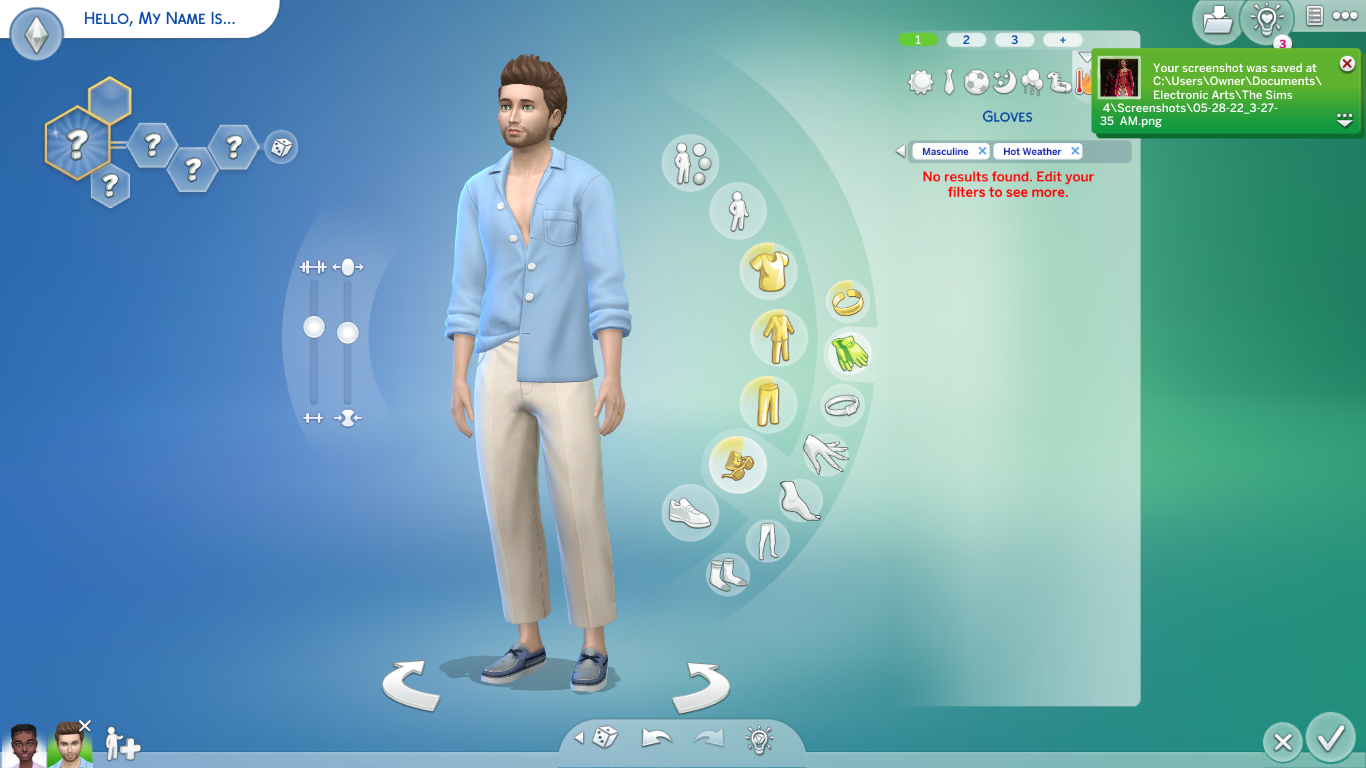 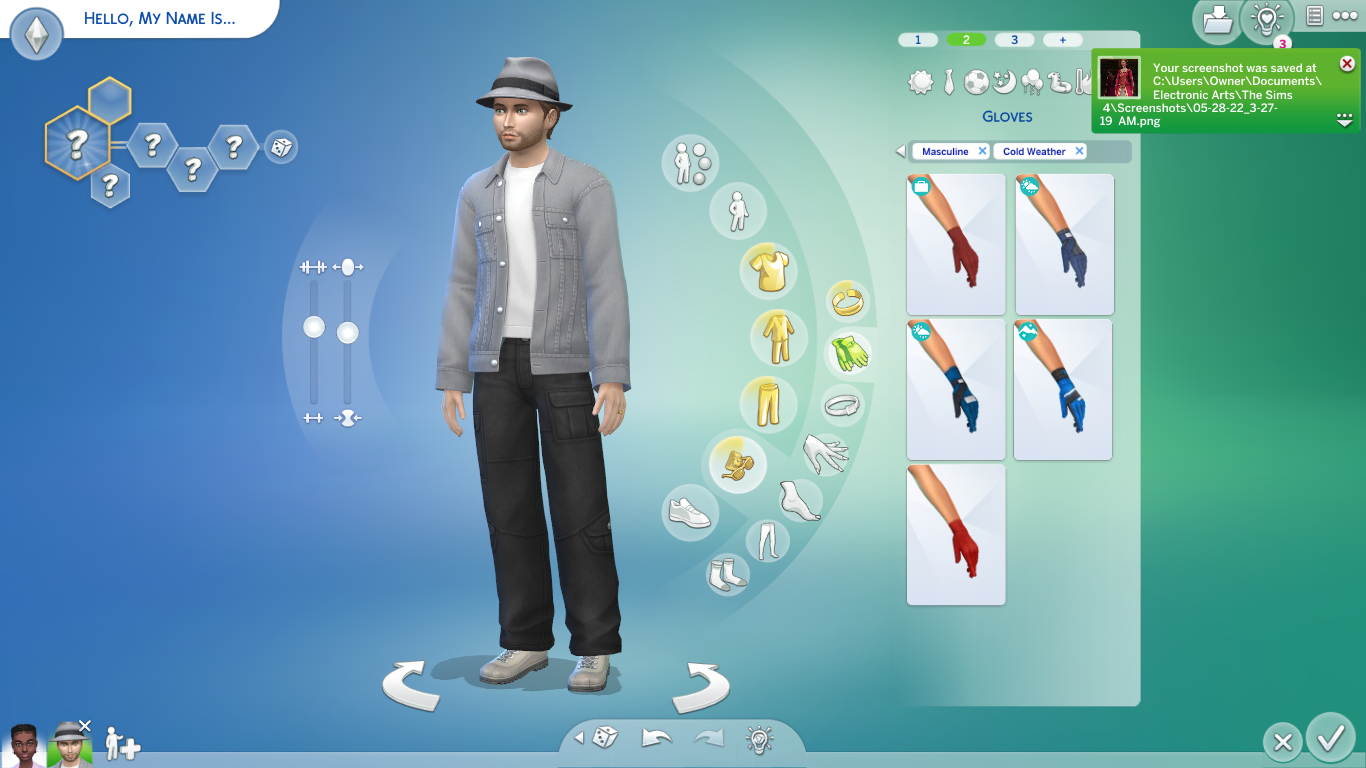 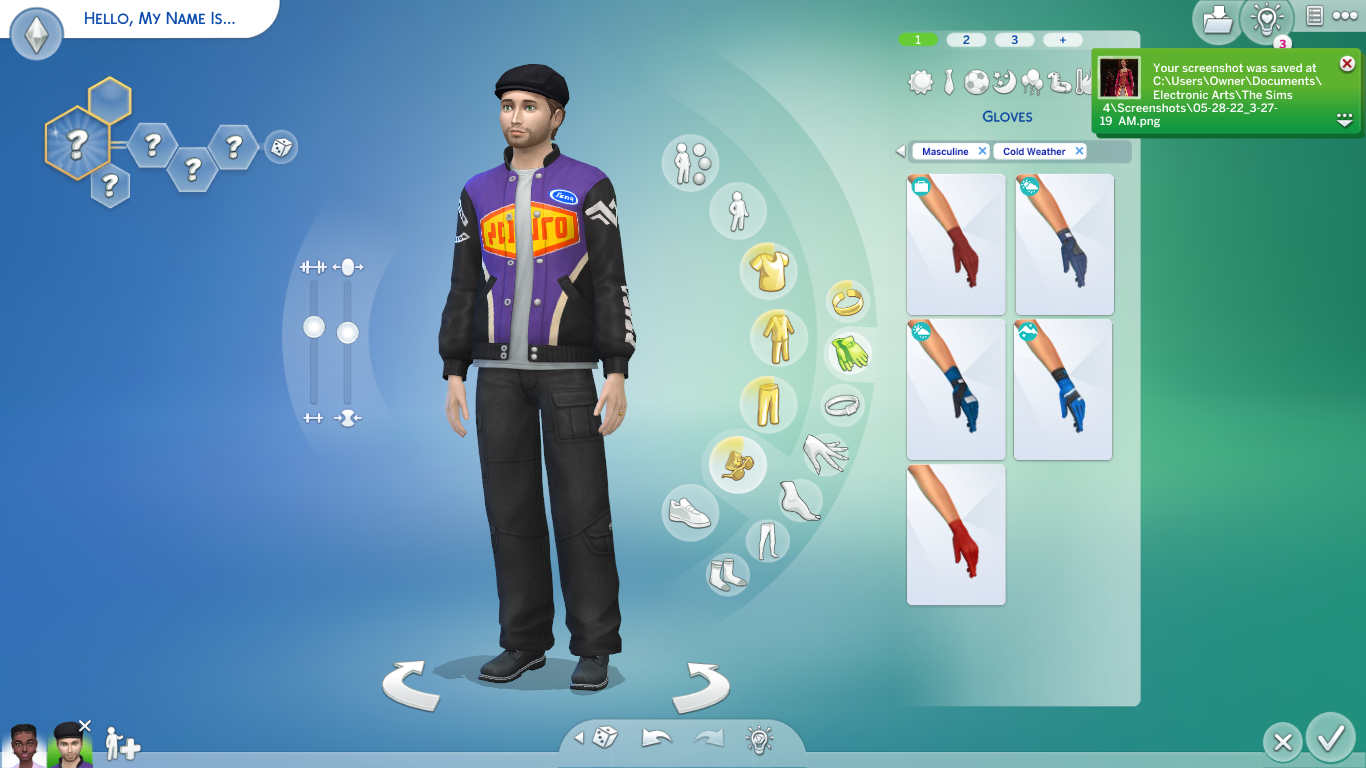 No children's or toddler's clothing, so I didn't make any children in CAS.  They will have to have them in the game! 🙂

@PugLove888 Looks awesome. I just added Moonlight Chic too. It's just the kind of styles I like. I haven't used it yet but I'll be using it to create Lyra to move into Casita.
I particularly love the formal wear you've added there.
Message 45 of 89 (182 Views)
Reply
1

You will have to share your pics when you are finished with Lyra! 😃
The dress I used for the Formal dress category is stunning, coming in some solid colors as well as a few ombre's like this one! The back is even more gorgeous, but for some reason I forgot to take a picture.

Update:  Here is the back! 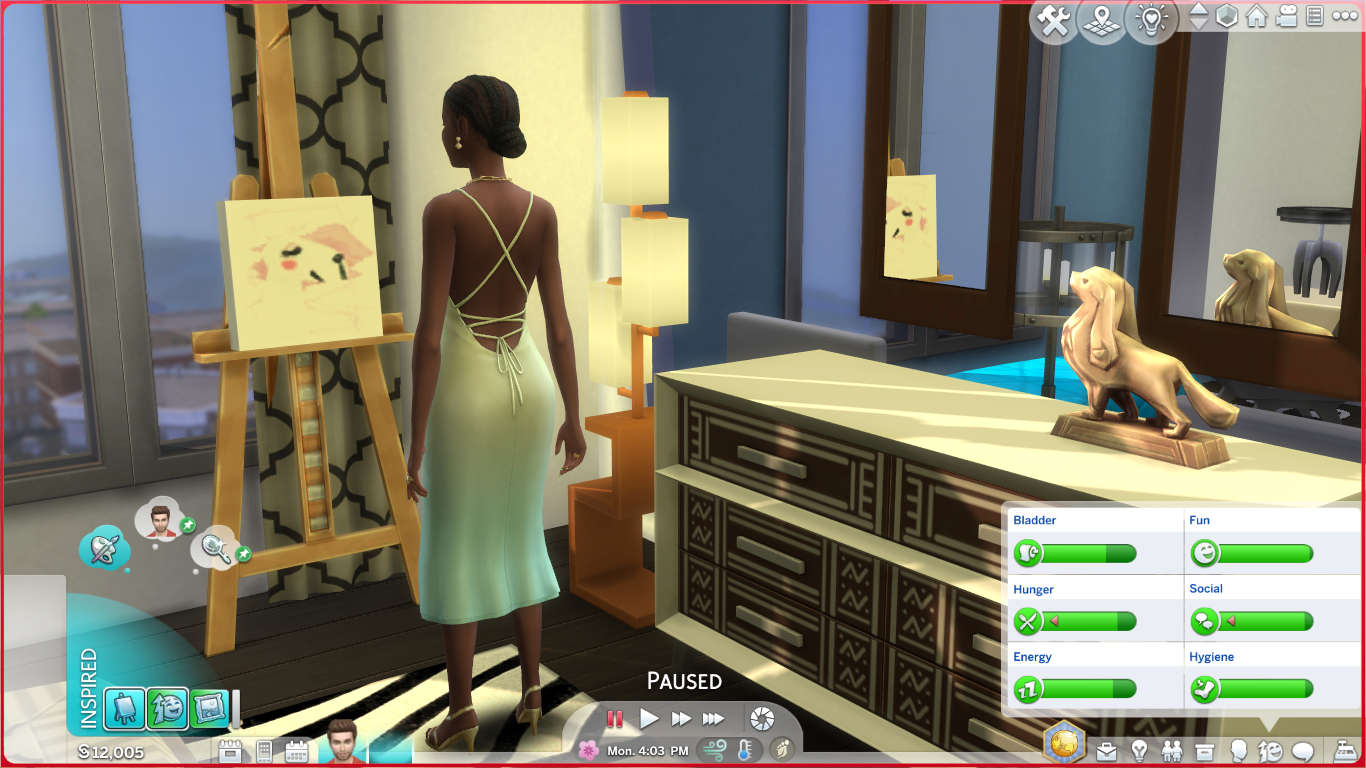 So this is the downstairs and master bedroom of my Casita. It's very busy and bright and I had to resist my usual wish to have everything matching and symmetrical. The original Casita had a topsy turvy and eclectic energy when I usually like coordination and order.

I've also created my Sim, Lyra who is a kind of boho young adult who writes children's books and crafts and paints. Eventually she will have a kid's retail lot with toys and kids paintings when I've done the work.

I'm playing the Landgraabs partly because I updated their lore in my starter save; I made Johnny Zest Malcolm's brother and Geoffrey and Nancy's son, but then I gave him a bad relationship with Nancy and a slightly better one with Geoffrey, with Johnny have a hurt sentiment towards Nancy and Geoffrey having a guilty sentiment towards Johnny.  MCCC gave them a daughter before I marked them played (oops) and then Geoffrey was abducted by aliens...  LOL

Even without my changes they're a family with built-in drama, if you want it. Geoffrey is a Secret Agent, Nancy is a Criminal... Geoffrey is good and Malcolm is evil...

@simsplayer818 , thank you so much for the pictures! Your house is so beautiful! 😍  I see many of my favorites: the Moroccan endtable from the Courtyard Oasis Kit, the piano from My Wedding Stories, the little round stained glass window from Cottage Living, and the couch, endtable, chair , and wallpaper from Decor to the Max! 🥰  And your Sim is gorgeous as well!  I love that top from Laundry Day paired with that skirt I love! 😍  She does look like a creative type! (one of my favorite Sims to make because I can dress them however I want with the excuse that they are creative ! 🤣🥰

@xochiquetzl_xkvn , you are so right about the Landgraabs!  They are full of drama! 😅 But I like the direction you took with them!

This is an image of Lyra in her formal outfit. I wanted her to be quite petite and kind of fairy like and other worldly. It's a shame we can't adjust Sims heights. I'm going to add a beautiful wheaten terrier too before I move her into her new home.

I've added an image of her family's home, brother Cristobal was an NPC from the Jungle Adventure pack that I brought in as an archaeologist who writes books about jungle exploration. He has a kind of rags to riches tale. He travelled every single world with his tent and camp fire, fishing and collecting. He kicked the Landgrabbs out and built his house with alligators in his pond to keep them away! He's now married to a quiet Scottish academic named Saffron with their son Shay plus dogs rescued from the jungle but the image isn't great so I'll leave that out. The house is quite dark inside with a dark wood, navy, jade, black and gold colour pallette and lots of display cases with the artifacts he's recovered on his travels. It has a conservatory with a small indoor pool and lots of tropical greenery. It's a little too dark to get a good image for this. It has a formal living area and formal dining room but also has a family room and they mostly gather in the kitchen anyway. It has 3 bedrooms with four poster beds, 5 bathrooms, a gym, dressing room plus a play room for little Shay. His office is a no go for the family for those dangerous relics, we don't want any accidental skeletal transmogrifications (well not another one anyway!) It took about 25 hours to make.

I'm procrastinating on here as I promised myself I'd focus on a different game I just got (AC) but the Sims tends to lead me astray and being on consoles means wrestling with wires and whatknot to go from one console to another! I'll be dealing with real life dust bunnies!